Armed police and emergency services are leaving the scene of an incident in Christchurch this afternoon.

The house at the centre of the callout is a listed holiday home but it understood a person police been looking for following an allege firearms incident was not in the area.

Emergency services were called to the Roydvale Ave area just before midday.

The house on Highwood Lane, off Roydvale, was surrounded.

Police could smell gas and staff were wearing breathing apparatus.

A resident told the Herald they could hear a police negotiator trying to convince a person to leave a house off Roydvale Ave in Burnside.

"They had the negotiator about an hour ago saying come to your front door with your hands in the air and nothing in your hands," said one woman.

"They had the negotiator about an hour ago saying come to your front door with your hands in the air and nothing in your hands," said one woman.

Police shouted: "Your house is surrounded by armed police".

"They had a drone up earlier but I can't see it anymore," she said.

"The fire crew have gas tanks on... thought maybe they might try to gas them out..."

The woman said it felt like "half the city's cops" were at the scene.

Police, including the Armed Offenders Squad, are on site. 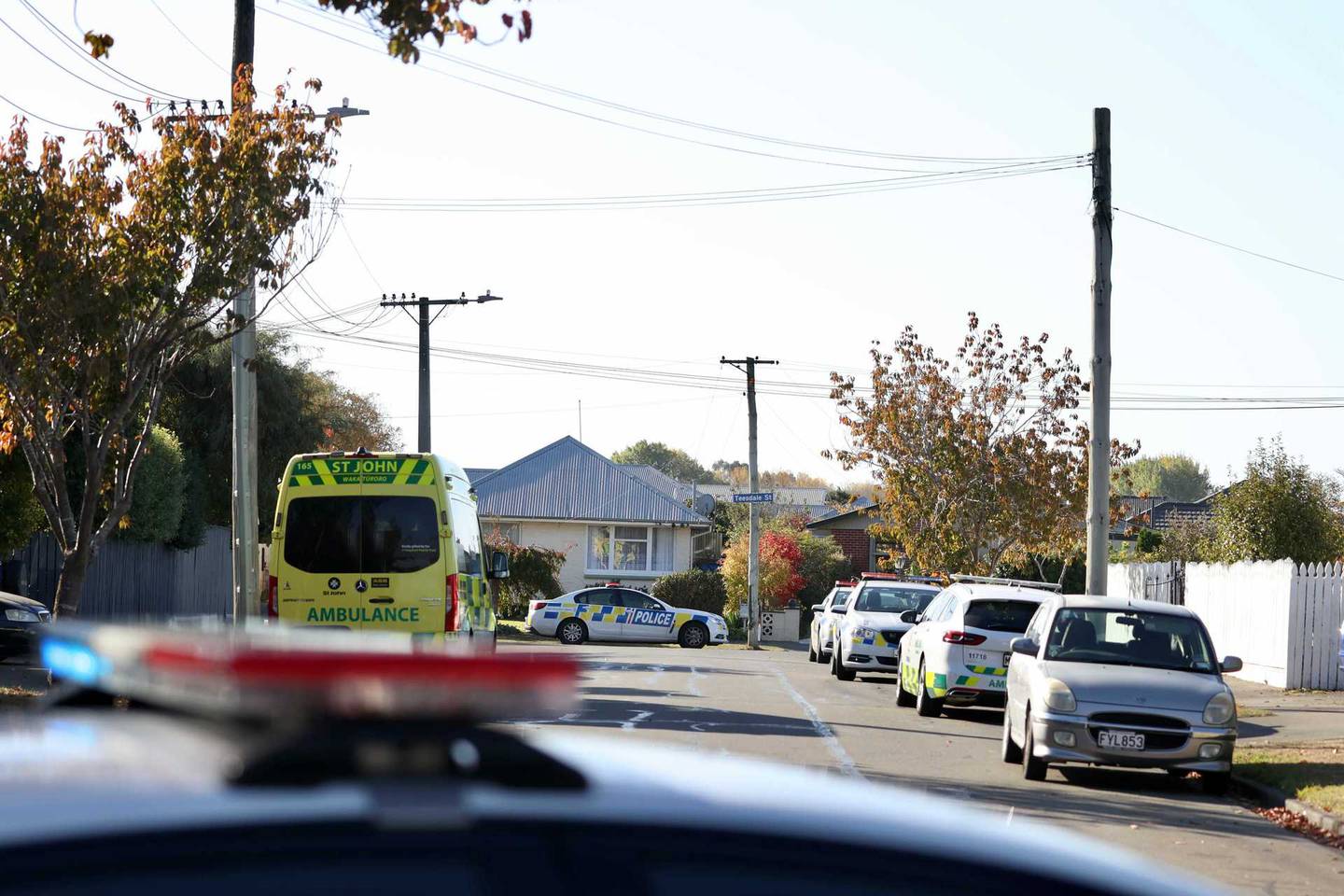 Police at the scene of the incident. Photo / George Heard

Police are not responding to requests for information at the moment.

At 1.04pm they sent a brief release to the Herald.

"Police are responding to an incident in Bishopdale," a spokesperson said.

"Cordons have been put in place and the public is being asked to avoid the area.

"Updates will be provided when available."

Emergency services were called to the street just before midday.

A primary school and early childhood centre on the street have since been locked down.

A gym on the corner of Highwood Lane and Roydvale Ave had been told not to let anyone in or out.

Other businesses have also been locked down and told "nobody in or out" until further notice.

In the last half hour police have widened the cordon.

A resident said most of the action seemed to be on the small residential lane.

St John is in attendance but referred all queries to police.

Roydvale Ave is closed between Wairakei Rd and Juniper Pl.

There are also closures in place at Homersham Pl, Teesdale St and Deepdale St.

AOS members appeared to be wearing specialist gas masks and officers on the cordon were stopping all residents from entering the street.

"They are turning cars away," he said.

"Fire and ambulance are on standby."

A St John paramedic is also wearing breathing apparatus and police have extended the cordon further back from the scene.