Raj, the co-host of Eat Well For Less, and his wife Jo Ganesh made the tough call to place the Tasting Shed into liquidators hands on June 13 blaming the Covid-19 pandemic for the decision.

A report by Paul Vlasic at Rodgers Reidy shows employees are owed wages and holiday pay totalling $9431 while the Inland Revenue has a claim in for $591,759 for GST and employer activities.

Both the former staff and the IRD are preferential creditors.

Vlasic warned there was unlikely to be any funds available for unsecured creditors.

"I estimate that there will be no funds available for unsecured creditors. However, recovery actions through insolvent transactions and actions against certain other parties may bring in additional funds."

Westpac New Zealand was also listed as having a security interest over the business.

The company's assets include plant and equipment which had an estimated realisation value of $39,153.

The liquidator was still investigating whether any money could be clawed back from action against certain parties, related party current accounts or voidable transactions.

But Vlasic said after looking at the assets and liabilities of the company it had decided to dispense with a creditors meeting however creditors were still encouraged to contact him.

The liquidator was appointed on June 13 and the restaurant's last day of trading was June 12.

The couple set up the restaurant in 2010, converting a rundown cider shed in Waimauku.

It had been on the market for sale since November 2020 after another business part-owned by Ganesh Raj - the Maori Kitchen - went into liquidation.

Raj said in a statement last week they had made the difficult decision to wind up The Tasting Shed after it was no longer able to pay operating expenses, taxes and rent.

"It is with a heavy heart that we have made this decision after exhausting all the financial options available to us. We tried hard to ride out the effects of the pandemic but the impact on hospitality has been too hard for us." 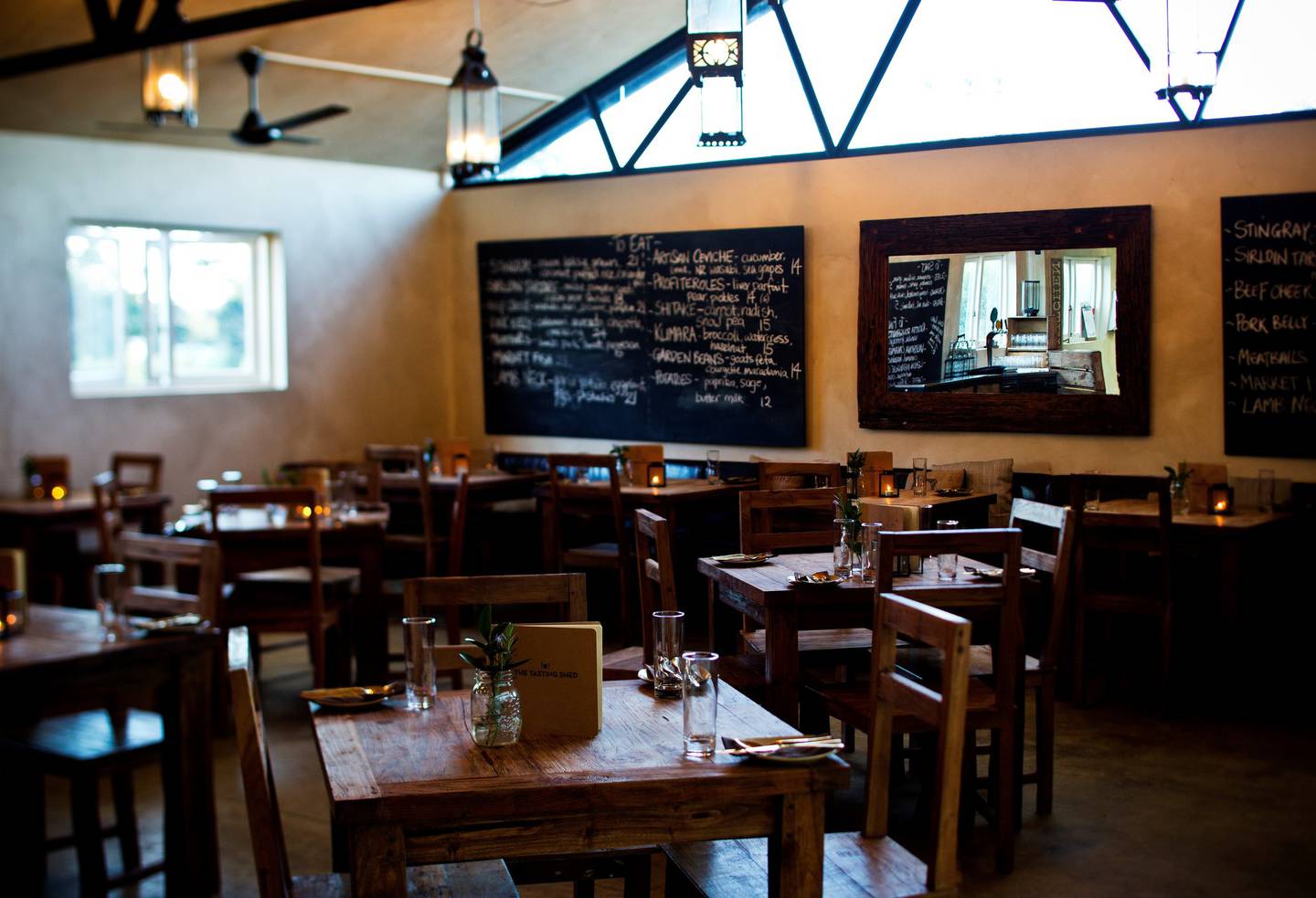 Liquidators were appointed to the Tasting Shed on June 13. Photo / Babiche Martens

He said the cost of goods and services had gone up significantly and there were fewer people to fill staffing vacancies - an industry-wide issue.

"Like many others in this industry, the impacts of the last two years on our business have taken an immense toll on the mental health of myself and my family, a key factor in making this difficult decision."

The restaurant is the latest scalp to be claimed by Covid.

At the end of 2021 Elijah Blue, an eatery overlooking the water near Hobsonville Marina, was placed into liquidation.

Liquidator Grant Reynolds cited "the effect of Covid-19 on the hospitality industry" and lease issues for its insolvency issues.

Sustainable and organic cafe Misters Real Food in the city centre were also placed in liquidation in January.

And two leading restaurants on the Auckland waterfront, Euro and Saxon + Parole, were also forced to close their doors last year due to Covid.

Euro was ho+me to celebrity chefs like Simon Gault and was legendary for its long lunches.

Saxon + Parole was described as a "modern steakhouse from New York" and opened in the retail hub of Commercial Bay at the untimely start of the Covid-19 pandemic in 2020.