Rocket Lab is looking to set a fast-turnaround record for launches of its Electron rocket for a US agency that supplies intelligence for military and civilian clients - and will play a key role in a new military space accord, to which NZ is a signatory.

The Kiwi-American firm has its "Wise One Looks Ahead" launch scheduled from Pad A at Mahia at 5pm today after a weather delay yesterday. A second launch, "Antipodean Adventure" is scheduled nine days later on July 22.

"These twin missions are a demonstration of responsive space and will carry national security payloads designed, built and operated by the NRO [the US Department of Defence's National Reconnaissance Office], in partnership with the Australian Department of Defence," Rocket Lab says.

The exact function of the NRO satellites is confidential. But like all Rocket Lab launches, its manifest would have required ministerial sign-off from Economic Development Minister Stuart Nash, who has responsibility for MBIE - home of the NZ Space Agency.

And it gels with a military space accord signed by the Five Eyes countries - the US, Australia, Canada, the UK and New Zealand - plus Germany and France in February.

The Combined Space Operations Vision 2031 is: "Partners in national security space operations leading as responsible actors and seeking and prepared to protect and defend against hostile space activities in accordance with applicable international law.

"Space is integral to modern, multi-domain military operations and provides strategic
advantage. Space-based capabilities deliver a wide range of effects that underpin daily life, including communications, navigation, remote sensing, Earth observation, weather services and financial transactions. Maintaining and supporting the availability of these capabilities are in the interest of each nation.

"As space becomes more crowded, the security and stability of this critical domain are endangered. We share a desire to accelerate and improve our ability to conduct
combined military space operations. We seek to be prepared to protect our national interests and the peaceful use of space."

Intelligence-sharing is a key component of the accord. 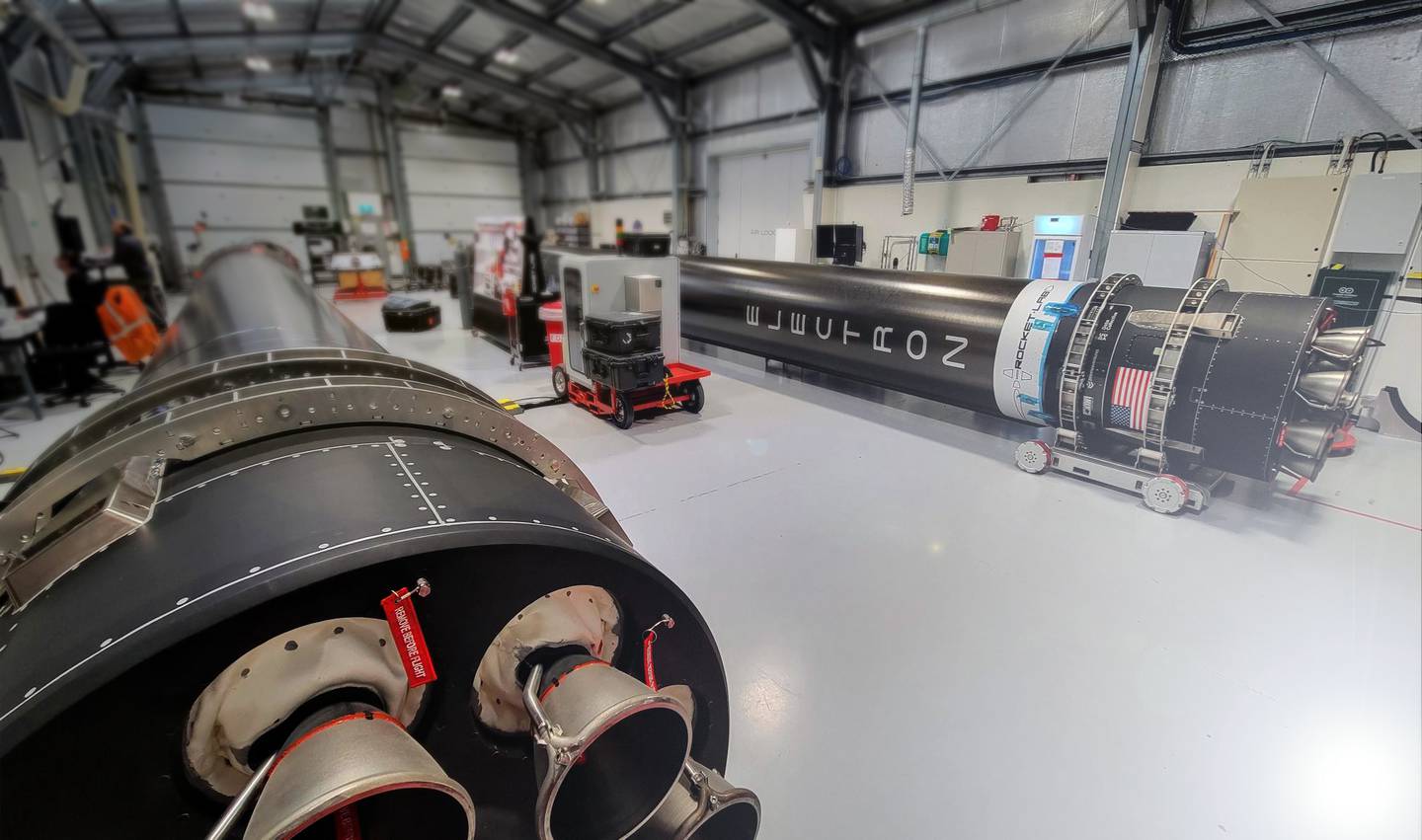 The two Electron rockets that will be used for the back-to-back launches. Photo / Supplied

The overall record was recently set by Elon Musk's SpaceX, which managed three launches of its Falcon9 rocket within 36 hours last month.

The NRO says on its website that it uses "innovation and strategic partnerships to develop, acquire, launch and operate America's spy satellites".

It says it supplies intelligence to "the Department of Defence, two dozen federal agencies, the intelligence community, the military and commercial partners - ensuring the United States maintains and expands its advantage amid increasing challenges from our adversaries".

Rocket Lab has staged a number of missions for the US Air Force and the US Department of Defence, including the NRO's first launch outside the US in 2020, and recently received a US$24.35m ($38.77m) grant from the USAF's new Space Force wing towards the development of its much larger Neutron rocket, due for its first launch in 2024.

But founder and CEO Peter Beck earlier told the Herald his company has a line in the sand: it will only launch research payloads, not military-operational hardware. Beck also noted that a number of US military-designed technologies, from the internet to satellite navigation, had provided significant benefits to civilian economies.

"GPS is the best example. It's run, owned and operated and maintained by the US Air Force but we all use it to get to the supermarket."

Rocket Lab's bid for two launches within 10 days continues soon after its Capstone lunar launch for Nasa, and the successful deployment of Nasa's James Webb Space Telescope, which is powered by Rocket Lab solar panels by dint of Rocket Lab's purchase of New Mexico-based SolAero for US$80m this year.