People have reacted strongly to a Cambridge-headquartered residential landlord's threats to keep his places empty once the biggest law change in 35 years comes into force from next month.

Investor John Kenel of Assured Property Investments said yesterday there was no question about what he would do in response to the law change from February 11.

"This means I'll be keeping more property vacant, unfortunately. I buy older houses for development and in the past I could rent them out at low costs until I wanted to develop them. Now, it will be just too hard," Kenel said.

Other investors objected to his comments and praised the overhaul effective from February 11.

"Change that is long overdue and I am a landlord," said Auckland businessman and commercial investor Dave Beaumont who wants the same big-time property rules applied to the residential sector.

He said he was amazed by the lack of controls around residential rents, as well as the lack of protection for tenants compared to office sector where the average commercial leases were so much longer, up to 10 years or more, and offered greater security of tenure. 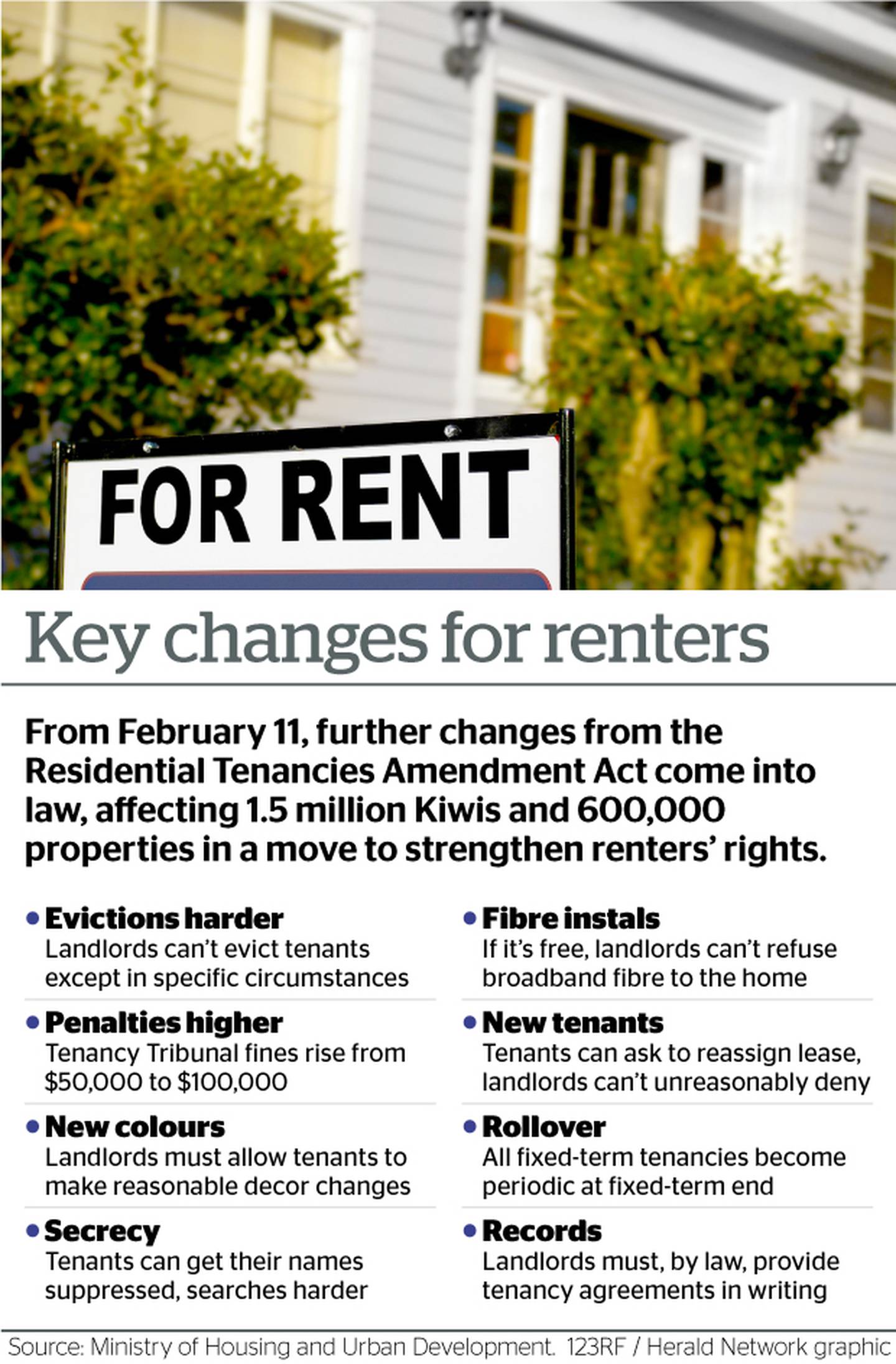 "That's especially important for a family. It is paramount," Beaumont said.

Under the new reforms, landlords will be able to increase rents only once every 12 months, rent bidding will be banned and so will no-cause terminations, where landlords can kick out tenants with 90 days' notice without having to provide justification. Instead, a narrow new range of reasons will need to be enacted for a landlord to give a tenant notice.

Shane McDonald said today there were tax and loan consequences of landlords leaving their places empty. Deductibility of costs including interest could be lost by a landlord if they chose not to tenant their homes, he said.

"Also bank covenants will be breached allowing the bank to repossess regardless of being up to date with payments," McDonald said.

Insurance issues could also arise because policyholders must tell their insurer when a home is empty for any length of time, due to it being regarded potentially as higher risk with no one living there.

Another reader said people like Kenel must come to accept and respect tenants.

"It was very frustrating to read the kind of caveman-era attitudes property investors such as John Kenel hold in 2021," that person said.

"Just because the Government brought in laws and regulations to secure the rights of tenants at par with the other OECD countries or the first world countries, he gets furious and threatens to keep the houses empty." 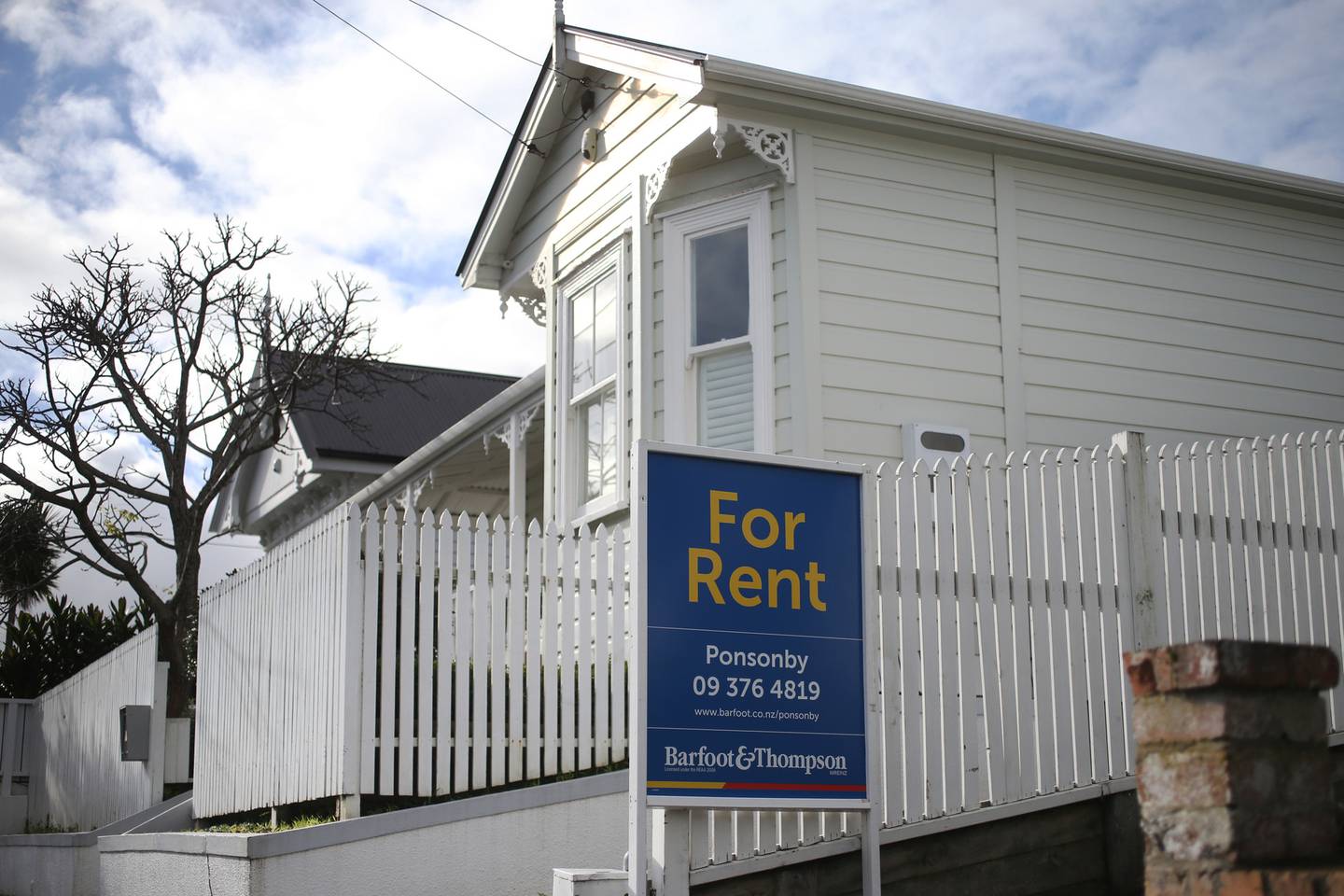 Faafoi said the act was passed in 1986 when renting places was often a temporary measure and around only 25 per cent of New Zealanders rented. But now that was around 33 per cent.

People were also renting later in life and more children were living in rental properties: in 1986, children in rentals were 26 per cent, but in 2013, it was 43 per cent, Faafoi said last year.

"It's time tenants had more rights. I've never had an issue with tenants that couldn't be resolved peacefully. I've lost a bit of rent along the way but that's part of being a landlord. You're in the privileged position and tenants need to be treated with respect and in return you get respect," she said.

Landlords had an investment that was more than just a bottom line.

"It involves people and their wellbeing. That should be as important to the landlord as the income. It is for me, and no doubt quite a few landlords. Unlike other investments, one's conscience needs to be involved in owning rental properties. And when it's not then the Government does need to get involved," she said.

Lesley Haddon said some of those with a vested interest in the status quo are going to complain.

"Oh dear! Their asset will sit there becoming more valuable through capital gains even without a tenant paying the mortgage. Let's hope these new laws will go some way to addressing the widening imbalance between the poor and the wealthy," Haddon said.

Michael Walkee said the changes could be good.

"If the investors don't want to retain their property then maybe the price of houses will stabilise at the lower end of the price range. This will allow first home buyers into the market," he said.

Perhaps other investors would come into the market, knowing what the rules are.

"If the ones that say they will leave their property empty do so, then that would say to me that they either have far too much money or they are not in the rental business but the capital gain business," Walkee said.

Those who do sell will have to either leave the cash in the bank or invest in a productive venture that will create jobs, he said.

"They probably won't do that because they will not be getting the same tax and capital benefits," he said. 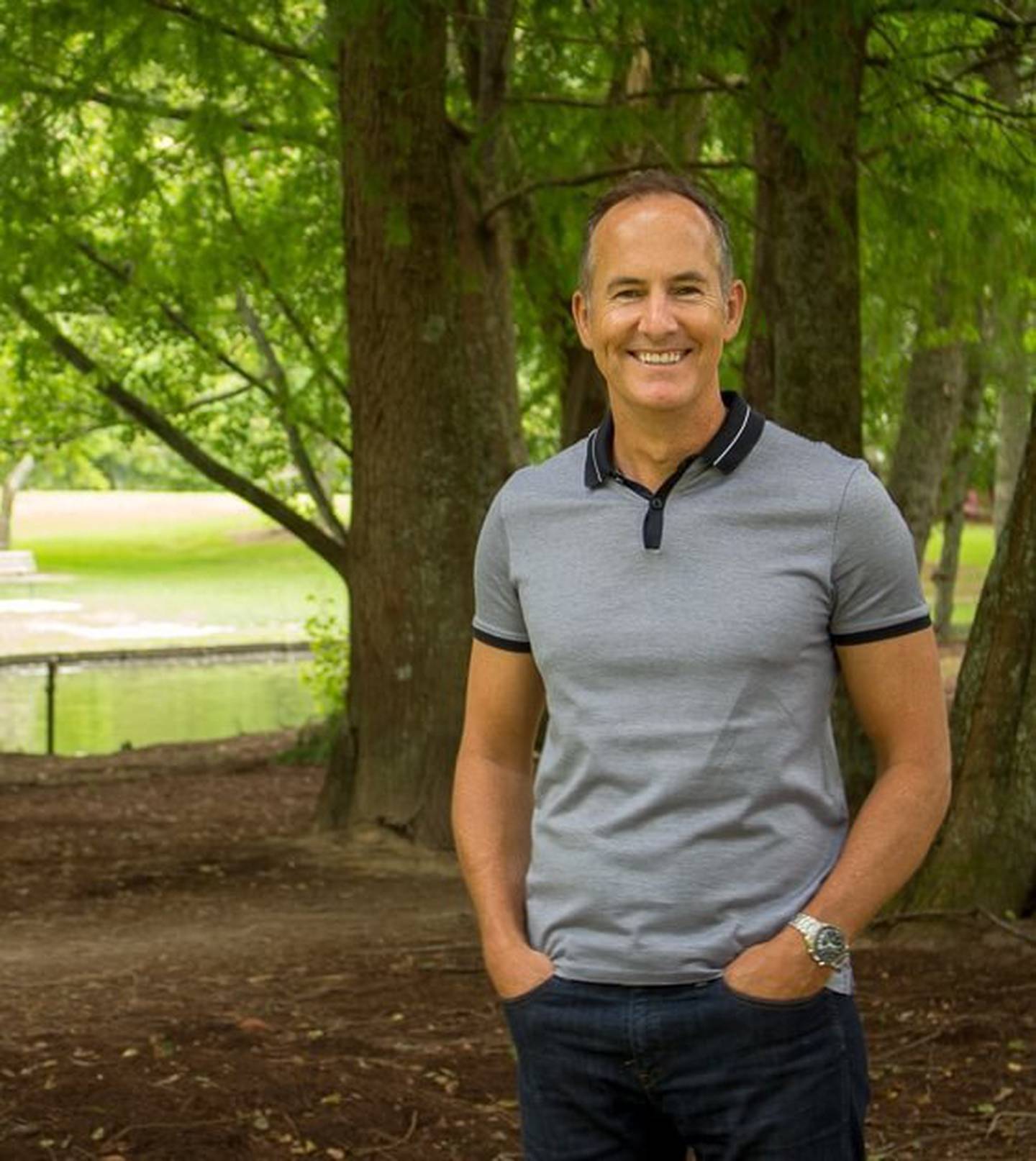 "About 5 to 10 per cent of houses are empty here because the owners don't live in New Zealand and the risks of renting them are too high when they are making significant capital gains," he said.

The owners used house purchases to get money out of China in some cases, before a previous law change.

"Why risk bad tenants and many thousands in repairs when you can have the lawn mowed occasionally and not have the stress or worry, let alone the agents' fees for looking after them?" he asked.