Closed since 2018, loved by many, once owned by a Russian businessman who died last month - but now some new hope for a new future?

That's the scenario behind the Waiwera hot pools whose owners today announced they have listed the property for sale, looking for either a buyer for the land north of Auckland or a wealthy partner to develop it.

Doug Osborne, project director of Auckland-headquartered Urban Partners which owns the properties at the once-thriving thermal resort, said the business was on the hunt for either of the two types.

"We have always had high ambitions and the best of intentions for this wonderfully unique freehold location and its thermal waters and now that the main issues behind the protracted delays have been resolved, we are happy to confirm we are marketing the site to those interested in partnering, developing, or purchasing this world-class wellness destination," Osborne said.

The pools and a bottling plant were once owned by Russian Mikhail Khimich, whose address was Springcombe Rd, St Heliers, Auckland. But last month, the Herald reported the businessman who formerly resided in New Zealand had died in Russia, reportedly with Covid.

Jared Booth, a liquidator for Staples Rodway, confirmed last month the company had been advised of Khimich's death.

Khimich arrived in New Zealand in 2008, but left behind a trail of failed ventures and an aborted drink-driving trial.

Newsroom reported he died in Russia where he had contracted Covid-19.

Now, Colliers has been appointed to try to find the buyer or partner to either purchase the Urban Partners' stake or enter a joint venture with that local business headed by Haydn Staples who is an accountant and director. 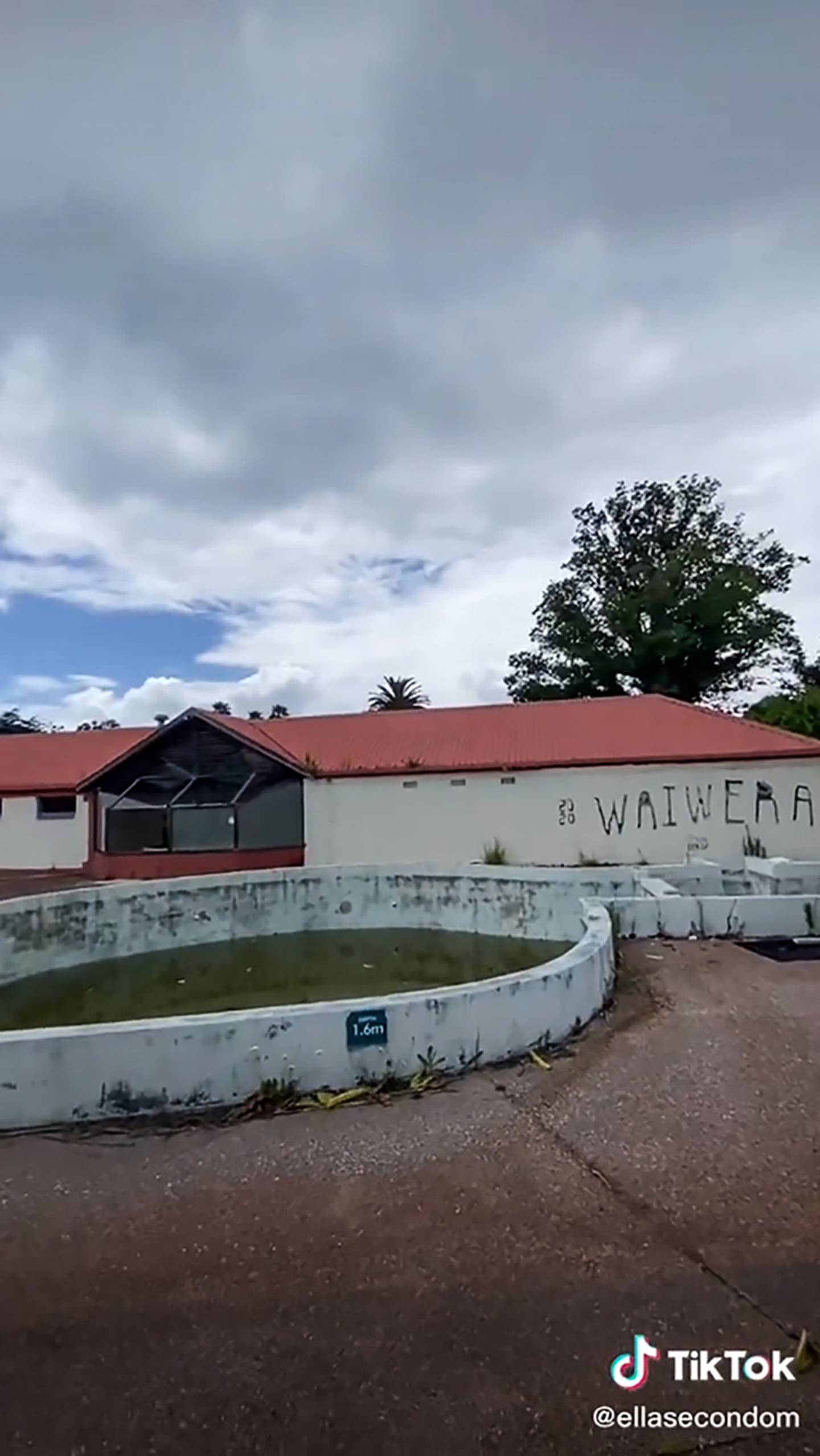 Still from a video inside the pools, posted to TikTok in December. Photo / Ella Green

Josh Coburn, Colliers' director of site sales, says there was a demand for land in coastal areas.

The opportunity to redevelop a coastal enclave near Auckland was a unique prospect, he said.

"Waiwera offers what no other property in New Zealand can; a coastal development of scale, within 45 minutes of Auckland's CBD, with the benefit of a rare geothermal bore. Our marketing campaign will seek local and international expressions of interest to see this potential realised," Coburn said.

Blair Peterken, of Colliers, is working with Coburn.

One idea for the land is that it could become a wellness retreat.

The properties are being advertised this Saturday. 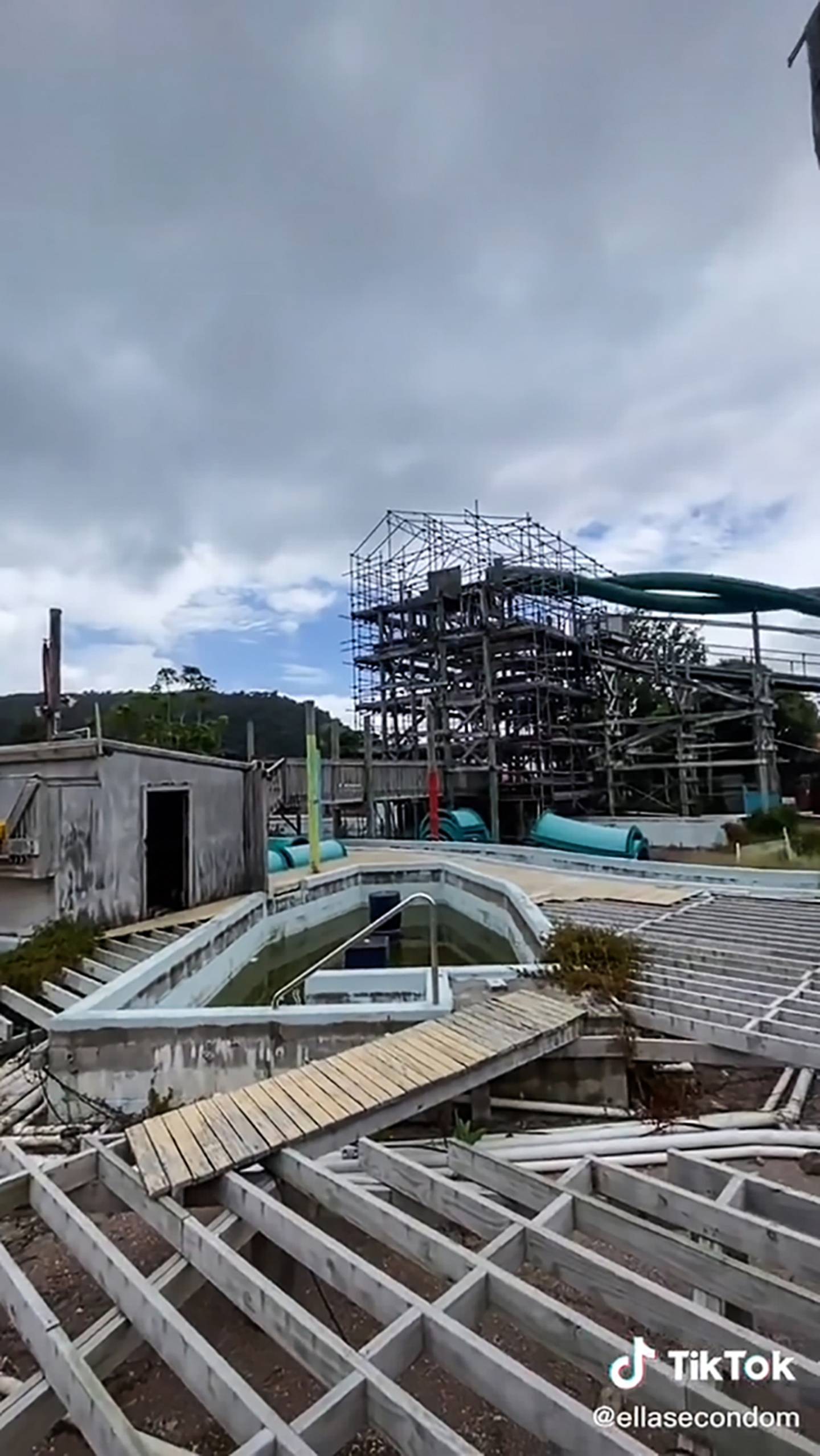 Disrepair at Waiwera, from a video filmed in December. Photo / Ella Green

Osborne said Urban Partners had always acknowledged the vibrant wellness industry was not its core expertise, "hence we are seeking an external party who can ensure the site delivers an operation commensurate with the location and its wider natural attributes".

Khimich got significant publicity in 2010 and 2013 when he bought bottling plant Waiwera Water as well as the Waiwera Thermal Resort.

He planned to undertake a large refurbishment of the thermal pools which started but was never finished. The two companies were placed into liquidation.

In 2018, the Herald reported how the site had been leased to Khimich and his diamond-dealing business partner Leon Fingerhut.

But the landowner Urban Partners complained of sporadic non-payment over a two-year period and gave notice to repossess the property. Khimich and Fingerhut never responded to questions about their leased operations at the site.

Urban Partners' holding has been reported to include control of the campground, pool site and much of the town centre. The area is now bypassed by most traffic since the opening of the Northern Motorway extension.

Urban Partners also have big holdings in Auckland, including in Newmarket and Mission Bay.