Ridesharing giant Uber will on Tuesday launch its e-scooters in New Zealand.

About 400 Jump by Uber electric scooters will be rolled out in Wellington next week, marking the company's first launch city in the Asia-Pacific region ahead of its debut in Australia later in the year.

The scooters will cost $1 to unlock then 30 per cents per minute - the same price as the other participant in Wellington's trial, Flamingo (Lime, which was shunned for the Wellington trial, has just raised its price to 38 cents per minute; Lime was in Lower Hutt but has just said it will suspend operations or in its words take a "seasonal pause" given fewer people are riding during the colder months).

Similarly to Lime, riders will be able to use the scooters through the Uber app by selecting the e-scooter option and unlock the scooter by scanning the QR code.

Rachel Holt, Uber vice president and head of new mobility, said Uber was excited to launch its fleet of e-scooters in New Zealand though she could not confirm when it would roll out its electric bikes branded under the same name.

Holt said Uber wanted to see how the scooters were received by consumers in Wellington before expanding further into Auckland and other major cities.

Uber won one of two permits to operate e-scooters in Wellington.

"There was mutual excitement from the city as well as from our end and with only two players there we felt it was a good way to get our feet wet," Holt said.

Jump would launch in New Zealand ahead of Australia as regulations across the ditch made it hard for Uber to secure a permit, Holt said.

"As Wellington was going through this permit process we felt it was a really good chance to launch," she said.

"We leaned in a lot more on the safety than some of our competitors and other global players, and that was something they really liked," she said.

Holt said Uber had taken the approach of only launching in a city if there was a permit available and mutual interest from the local council.

Uber acquired German bike-share start-up Jump last year for a reported $200 million. Since then it has rolled out its bikes and e-scooter alternatives throughout the United States and Europe.

Uber could not share its plans to launch e-bikes in New Zealand. 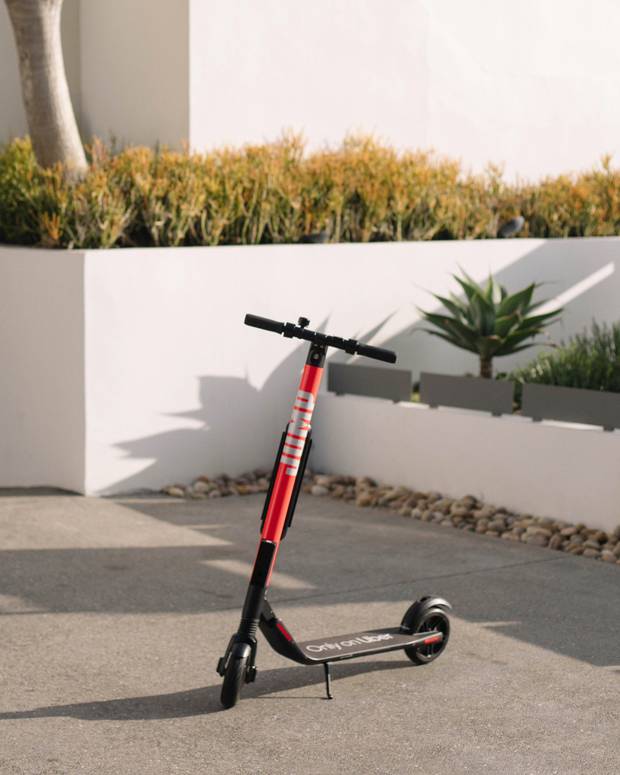 Jump by Uber will roll out in New Zealand on Tuesday. Photo / Supplied

Uber has not been shy to partner up with its e-scooter competitors. The company has a partnership with Lime in 30 cities in the United States which means Lime scooters are also available to access through its app.

"We believe it means that users will come to the Uber app first because there will be the most options because there is Jump and Lime."

Holt said Uber would look to do the same in New Zealand.

"What we're trying to do is ultimately be a transportation platform, and that goes for any country that we're operating in. We believe Uber is about more than rides and so the ability for us to introduce new transportation options like bikes and scooters, whether they are ours or not, we think actually benefits consumers and gets them used to thinking about Uber as more than just rides and eats."

Electric scooters have taken New Zealand by storm, with newcomers recognising the uptake and increasingly entering the market. Flamingo is the latest e-scooter brand to hit the streets joining market leader Lime and Wave.

As well as owning Jump, Uber is one of the major investors in Lime.