Twitter slapped a fact-check link on one tweet by US President Donald Trump this week, and branded another with a label that it glorifies violence.

Trump also posted his "mail fraud" allegation and "when the looting starts, the shooting starts" comments to Facebook, which decided not to take any action on any post.

"We've been pretty clear on our policy that we think that it wouldn't be right for us to do fact checks for politicians," Facebook CEO Mark Zuckerberg said in an interview with Fox News, when asked about his company's decision not to label the president's tweets.

Of the two approaches, Twitter's appeals. It has let the President maintain his free speech, but put his comments in context. (His "shooting starts" tweet could still be seen, after clicking on the "glorifying violence" advisory, despite various reports saying it had been "censored." 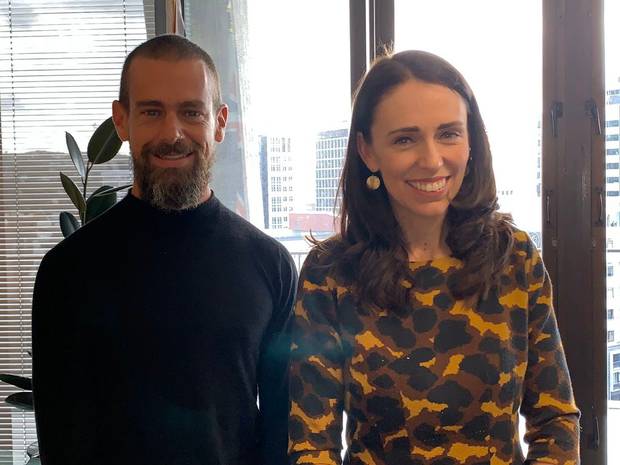 Zuckerberg's hardline on free expression (see also his hardline on maintaining live stream video after the Christchurch shootings after YouTube disabled the feature for most mobile users) conveniently coincides with the lowest-cost way to run a social media platform whose business model relies on quantity and frequency of content.

And while Twitter boss Jack Dorsey has been a remote figure from the White House, Wired, reported this week that, "Facebook has reached a profitable peace with Trump. Mark Zuckerberg and his close adviser on Facebook matters, Peter Thiel, have met in person with Trump, presumably to hear and accept his demands for free rein on Facebook's platforms."

Trump responded to Twitter's fact-check label by threatening to close the company down and to "strongly regulate" it with an Executive Order.

He did not follow through with the first threat (unsurprisingly; the President does not have the power to simply close down companies) but on Thursday he did sign an Executive Order that he said would "defend free speech from one of the gravest dangers it has faced in American history."

Twitter slapped a warning label on Trump's "when the looting starts, the shooting starts" post, but still allowed it to be read by those who clicked on the advisory first.

Journalists had been briefed that the President would take aim at Section 230 of the Communications Decency Act, which provides social media platforms with a liability shield and orders federal agencies to stop advertising on social media.

But things weren't promising - from a Trump supporter's point of view - when press were ushered from the room before the President signed the order, and not allowed to see the text.

The text later turned out to be a request for the Federal Communications Commission to review Section 230 - potentially a big blow (ironically) to free speech. But the wording was so convoluted that academics called it, "legally incoherent", "legally illiterate," and "unintelligible". It was not clear what process, if any, would proceed from here. The President can't unilaterally change laws. Any actual effort to revoke Section 230 would have to involve Congress, but there's no information was put forward about even basic early groundwork on that front. No wonder Trump preferred the media to be absent, so he didn't have to field any questions.

And the promised advertising halt component was also watered-down, in the final event, to a review. It could turn up some interesting stats. And I'm sure lots of traditional media wouldn't mind a federal ad ban on social media, just quietly, however much their op-ed department frowns on the President. But the meandering language, and the President's relatively limited direct powers, mean it's probably another Executive Order that's ultimately going to be put in a drawer somewhere and forgotten.

The real question now is whether Twitter will hold its nerve and apply more fact-check labels and warnings to Trump and other leaders. Here, things seem to hang in the balance. The New York Times reports that Twitter executives have been split on the issue.

The art of the deal

The first "Social Media President" has used Twitter as his primary unmediated communications vehicle. It's fueled his rise, and still allows him to shape the news agenda - which is why the President has reacted so sharply to the fact-check and glorifying violence labels, which in turn could prove a potent element of his downfall - or at least helping to nullify claims about mail voting fraud, as he seeks to lay the groundwork for questioning November's election result.

True, Twitter is not the only social media platform in town. But could you see the President on Tik Tok?

Trump does have 26.8m followers on Facebook. But despite his claim to be "number one on Facebook", he's some distance behind a number of other public figures on the platform, including former President Barack Obama on 53.2m.

But his 89m followers on Twitter who provide his really bully pulpit.

And at the end of the day, Trump does not want to lose that audience.

So Twitter is holding all the cards, if it's got the stomach to keep playing them.