More than 3300 workers at 70 companies in the UK are at the beginning of a four-day working week trial that will run for six months.

The progress of the trial will be observed by researchers at Cambridge University, Oxford University and Boston College – and the results could serve as a template for the four-day week to be adopted more broadly.

"The four-day week has absolutely exploded in Europe," says Barnes, who is currently in the UK working on the trial.

"The governments of Belgium, Spain, Romania, Lithuania and just recently Portugal announced legislation for four-day weeks. There are also government-sponsored trials in Iceland, Scotland and Spain. And separately to this, we have been assembling these big trials where we get companies to come together to try it out for six months."

While the four-day week has its origin in the Perpetual Guardian trial, Barnes says he hasn't seen "any movement at all in New Zealand".

Barnes says he finds this particularly disappointing given the Government's emphasis on improving the wellbeing of New Zealanders.

"It's interesting that when New Zealand introduced its wellbeing Budget it did so alongside Iceland and Scotland, both of which have either implemented or announced four-day week trials.

"This is the ultimate wellbeing strategy. It addresses mental health. It addresses family cohesion. It deals with the gender pay gap. And it addresses the dual problems of emissions and traffic. But yet, somehow, it's too radical for New Zealand at the moment. In fairness, it's probably too radical for all political parties, which is why we've seen no movement."

The four-day week does have its detractors, with critics questioning how they'd be able to do all their work in a condensed four-day week period.

Barnes admits that it might be daunting to change the status quo, but he says that the four-day week could, in fact, incentivise workers to become more productive.

"If properly constructed with the right incentives, this does actually address better productivity in New Zealand. And if you give people more time off it actually also acts as a stimulant to the economy. And that reflects the experience that Henry Ford found when he implemented the five-day week about a hundred years ago." 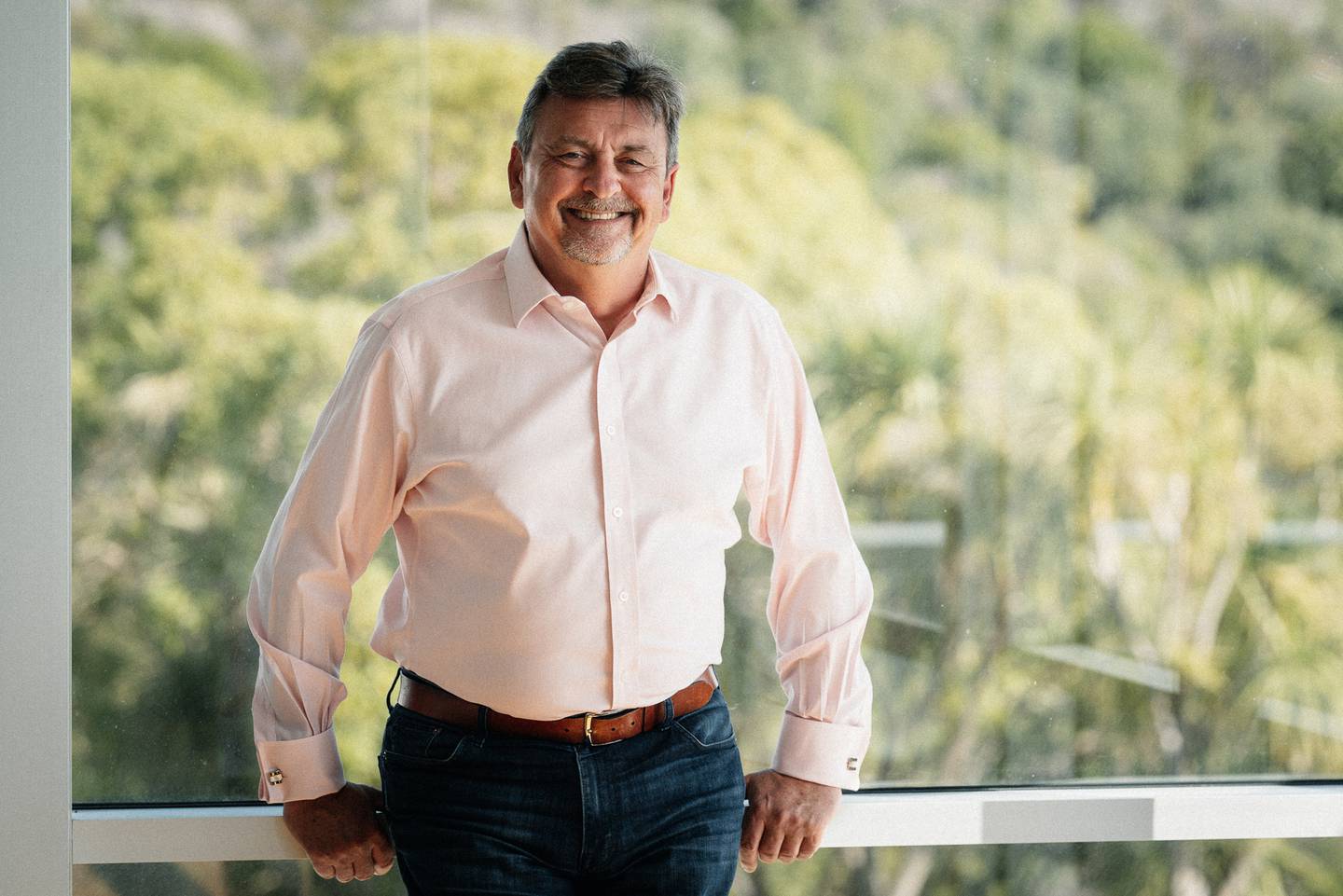 Businessman Andrew Barnes is currently in the UK working on the biggest ever trial of the four-day week. Photo / Supplied

Indeed, Ford wasn't inspired to change the workweek due to altruistic motivations. He simply figured out that assembly line workers became less efficient after eight hours and instituted three shifts per day.

Many of the criticism today levelled at the four-day week was also used to challenge the concept of the five-day working week when it was introduced by Ford.

"If you go back even further, no doubt that when we dropped from seven days to six days, or from 12 hours to 10 hours to eight hours, there was some bewhiskered businessman bemoaning the fact that his business wouldn't be as productive," says Barnes.

"But I refuse to believe that a form of working introduced for repetitive manufacturing in the 1920s is relevant for the fourth industrial revolution and the 21st Century."

New York University's Stern School of Business' Professor Scott Galloway points out that it took a further 14 years before that way of working was codified into law. But he now warns that technology, which keeps us hooked to our jobs, is making it more and more difficult to stick to a set working day.

"Like an infection destroying bone, technology is gnawing at the 40-hour backbone of our work structure," writes Galloway.

"No factory whistle shuts down email or Slack. Our great grandparents fought to give us the right to go home at 5pm, and now we worship at slabs of semiconductor-infused glass that bring work home with us."

In response to the growing issue of burnout, tech companies in the US have experimented with adopting a four-day week. But in a world where customers expect to be served at all times of the day across the week, it's proving difficult for some to stick to the more condensed work week.

Other businesses have also expressed concern that they need to stay open as much as possible and simply can't afford to have a three-day weekend.

Presented with this criticism, Barnes counters by saying people tend to get hung up on the idea that the four-day week automatically implies Fridays off and a three-day weekend. This, explains Barnes, is a four-day week myth that can't work practically in a world driven by the demands of customers.

"The four-day week line is catchy, but that's not what we're talking about. What we're really talking about is reduced hours working. It's about cutting the working week down to 32 hours – and in that you have lots of flexibility."

His argument is that this can take various forms and that it definitely doesn't imply that everyone will have a three-day weekend. In theory, what the four-day week aims to do instead is remove the filler hours during which workers aren't actually productive.

Barnes is concerned that the reluctance among New Zealand businesses and politicians to embrace the four-day week could hurt the country in the future. As more nations pick up the concept and look to evolve their way of working, a country still shackled to the traditional nine-to-five approach might not be seen as attractive to talented workers.

"This is an increasingly important thing in which to lead the world because it means that in the global competition for talent we're being left behind overseas. Businesses are moving to four days and that's what most young people want.

"How are we going to attract and retain that talent if we're still stuck in a 19th or 20th Century construct of employment?"