A National MP today quizzed the Reserve Bank about pressures on the multi-billion dollar construction sector tipping the economy into recession and cited a Tauranga builder's failure as an example.

Andrew Bayly, National's building and construction spokesman, said he was concerned about pressures on the sector.

Tauranga's Oceanside Homes is in liquidation with a $518,000 shortfall, leaving two homes unfinished and a long list of creditors. The first liquidator's report was out yesterday.

This morning, Bayly addressed the finance and expenditure select committee on the Reserve Bank's monetary policy statement, out yesterday.

"I asked Governor Adrian Orr: is trouble in the construction and building sector one of the biggest risks to the economy and whether we might go into a recession," Bayly said. Afterwards, Bayly said he was now even more convinced about economic risks from the building sector struggling to keep up with demand and threats to financial security.

In Tauranga's Oceanside case, liquidator David Thomas has projected a $518,537 shortfall. Two homes on Tauranga's outskirts are unfinished, he said and he is concerned about the situation. Unsecured creditors are owed $448,000. The sole director is Claudia Fisher and the business stopped trading three days ago.

Bayly said that was illustrative of wider issues.

"Everyone knows we're consenting up to 50,000 homes. But people can't complete all those homes," Bayly said citing the national Gib board shortage via Fletcher Building's Winstone Wallboards which has around 93 per cent of the market.

"Builders get to the stage of putting up the plasterboard and when they can't get it, it means they simply can't complete the house. All the houses expected to be made available - they can't put the Gib on the wall or get some vital products.

"We're now accumulating a backlog of unfinished houses. But also people won't go ahead because prices are rising. I think we're overestimating how many houses are being completed," Bayly said.

Builders who had entered into fixed contracts were now really "getting hammered. I raised with the Reserve Bank this morning that builders now are finding it increasingly difficult to get access to finance. If you're a three-man builder doing three spec houses a year, selling them to get cash flow for the next one. But if they can't get the Gib, there is no way to complete houses. Builders are beginning to get squeezed by the merchants and can't get access to new products". 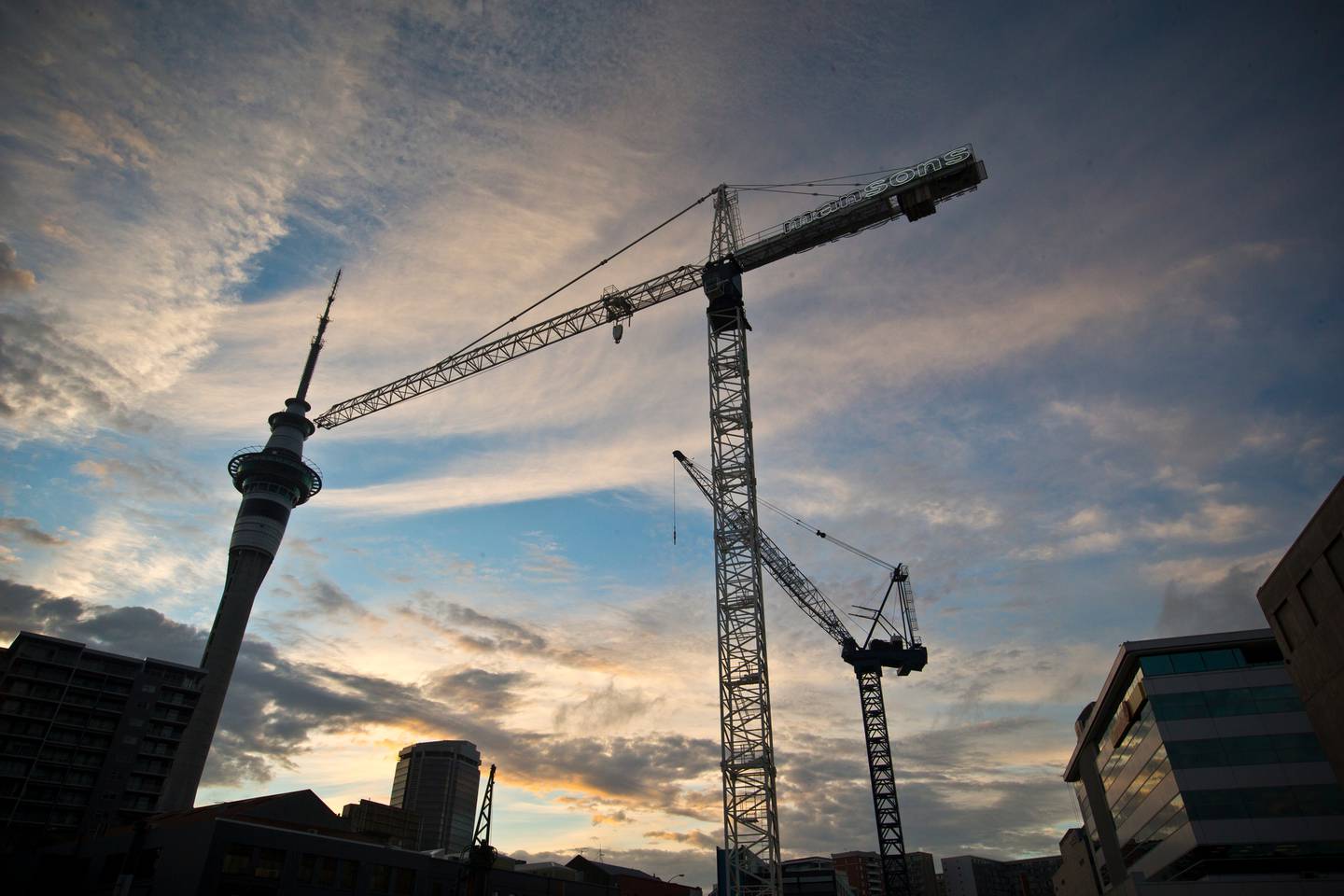 Could the multi-billion construction sector help push us into recession? Photo / Greg Bowker

Many builders had increasing stock credit with their merchants which put those outlets under pressure.

"With the triple CFFCA rules, buyers can't get access to credit and can't commit to buying apartments or buildings off the plan. They can't get a long-term commitment for financing. So it makes it even the buying market now so much more difficult.

"House prices are coming off because people can't get access to credit," he said.

The Reserve Bank's MPS out yesterday noted house prices had fallen 5 per cent since November.

Bayly said developers two years ago could have got a project away with 50 per cent of people buying off the plans. But now banks were saying they're not going to lend to developers on that basis.

"So where do they go for money? High-priced property lenders but most of them can't get money so an increasing number of developments are coming on to the market."

Bayly said the reason he raised the issue is that around 280,000 people are employed in the construction sector and changes could have serious ramifications for the economy.

"This could tip the economy into a recession. I'm not hoping for it and the Reserve Bank isn't projecting that. But we need to see some action around freeing up the supply of products, trying to ensure the Government is supporting the sector. We should be building houses during times when house building falls away, not trying to compete with the market at the time there are real supply shortages."