Shoppers may be in store for super savings at the checkout if Aldi comes to New Zealand with prices markedly lower than rival Kiwi chains.

With news the German grocery giant is eyeing New Zealand as a new location the Herald has compared the prices of popular shopping list items.

A bottle of Hawke's Bay Sauvignon is cheaper on the shelves of Aldi in Australia than the cheapest comparable option available here.

Not only was a drop of Kiwi-made wine cheaper over the ditch but almost every other comparable item was lower in price.

The Herald looked at online prices for Countdown, New World, Pak'nSave, and Aldi for seven everyday items and a bottle of wine.

Bread, milk, cheese and free-range eggs were remarkably cheaper online at Aldi Australia - and the eggs were bigger as well.

Perusing the online aisles of Aldi there are other specials the average New Zealander is unlikely to see in the supermarket. A basket of seven grocery items online from Aldi was $12 cheaper than PaknSave. Photo / Supplied

A French cheese available at Aldi for $6 hit headlines and achieved "cult-like" status online after reviews found was it was better value than regular cheddar.

The news Aldi had looked at New Zealand as a location comes as Kiwis are facing a cost-of-living crisis.

It also comes on the heels of the Commerce Commission revelation that Countdown and Foodstuffs were making excess profits of about $430 million a year - more than $1 million a day. 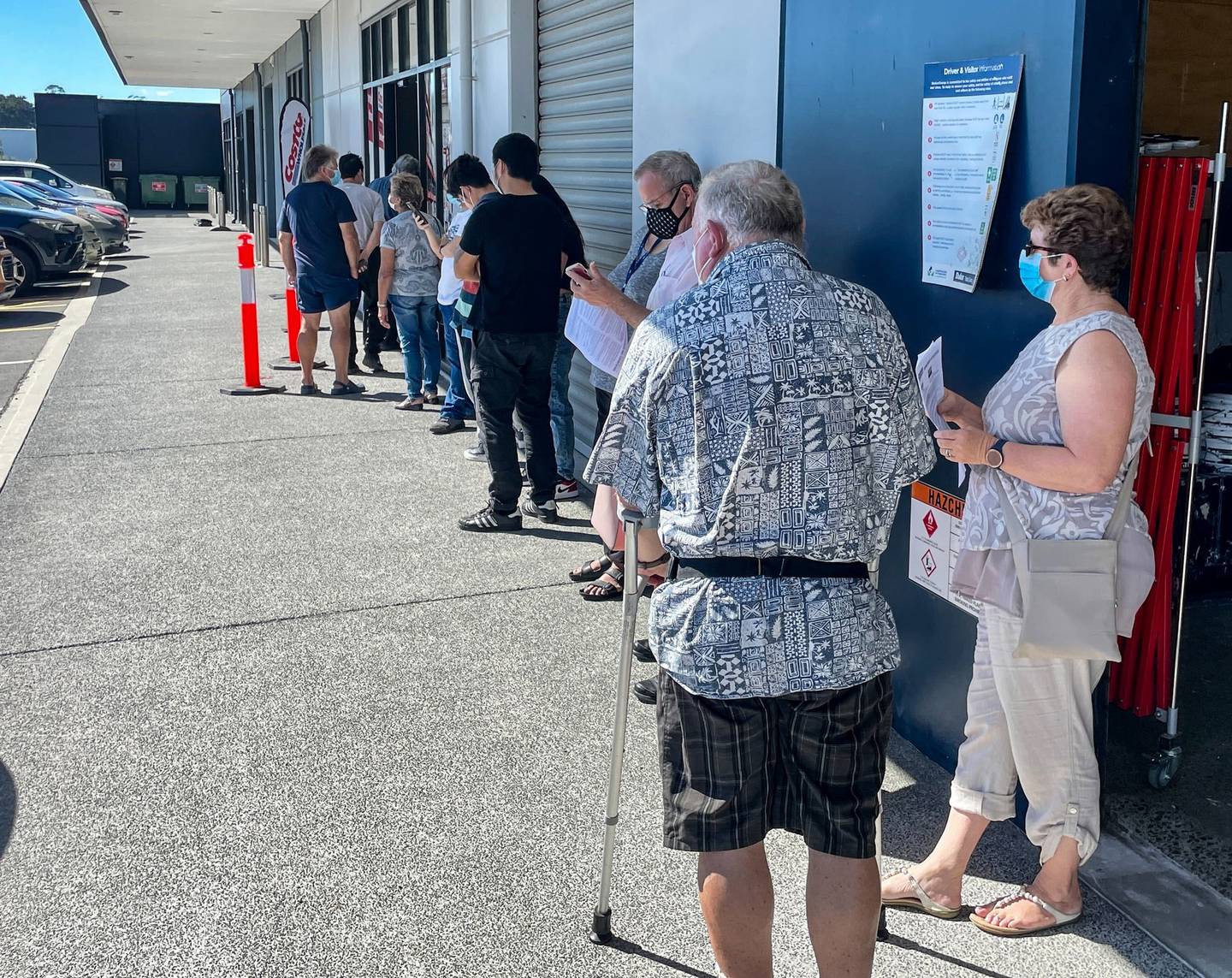 New Zealanders showed they were hungry for supermarket savings when they queued for 90minutes for a Costco membership card. Photo / Jed Bradley

A "Bring Aldi to New Zealand" Facebook page has around 1500 members and regular posts calling for the giant to open here.

Wairarapa local Willow Falleni started the page in 2017 when she returned to New Zealand after living in Australia where she was a regular shopper at Aldi.

"I believe it will make it more affordable for New Zealand consumers especially now with the cost of living so high," Falleni said.

"Now with the changes the Government is making I sincerely hope Aldi coming here can be a reality sooner rather than later."

Falleni launched a petition to bring Aldi to New Zealand. More than 1000 people have signed so far. Of the seven items popped in the basket all but butter were cheaper at Aldi.

There was less than a $5 difference between the most expensive shop at Countdown and the cheapest at Pak'nSave.

In comparison, Aldi was nearly $10 cheaper in total than Pak'nSave and more than $12 cheaper than Countdown.