The 24-year-old Auckland student who lost a $60,000 apartment deposit bought the place via her mum, the real estate agent who sold a Sugartree unit in the project between Union St and Nelson St.

"Sadly the agent was my mum," said Bridie Campbell who used an inheritance from her father who died two years ago to put down a $60,000 deposit on the unit she cannot afford because attempts to borrow money have been unsuccessful.

"She did not warn me whatsoever about the difficulties I might face getting finance," Campbell complained about her mother.

"I was informed that it was highly likely the value of the apartment would increase significantly and the equity would compensate for the low deposit. I was also informed that alternatively, I could on-sell at a gain. This was a fallacy."

Martin Dunn, managing director of City Sales, confirmed Priscila Sarreal had worked at his agency and sold a Sugartree unit to Campbell.

"Priscila is Bridie's mother and from my recollection, the initiative to invest came from her. None of us ever met Bridie. Everything was done carefully and by the book including legal confirmation by Sugartree that the buyer was the daughter of one of our brokers," Dunn said.

"I put my own son James into Sugartree on the same basis. We had no idea Bridie wanted to onsell the unit until recently and then she would not deal even with me, personally, insisting every matter must be run past and through her mother, Priscila," Dunn said.

"We have an onus of responsibility to warn buyers of their obligations in signing their contracts but we can't even get tentative pre-approval from financiers as the settlements are – certainly in Bridie's case – up to two years away," he said.

Attempts by the Herald to reach Sarreal have so far been unsuccessful.

Darren Brown, Sugartree's managing director, also pointed to a relationship between the City Sales agent and buyer. He emphasised that Campbell had not bought via his company but via City Sales.

Brown said Sugartree has tried to help Campbell get finance but she was not entitled to her $60,000 deposit back. 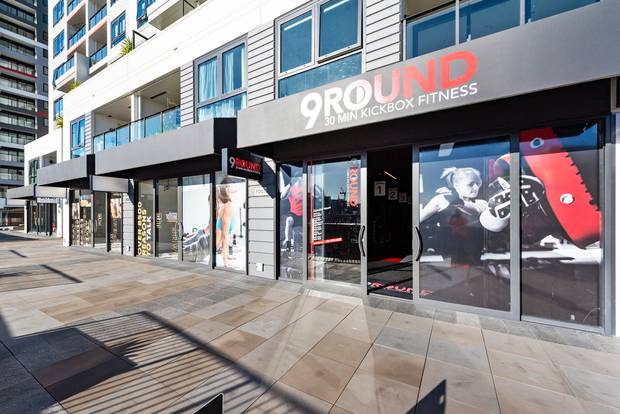 Not only that, but Campbell is now due to settle the full payment of the place in the new Altro block, he said, describing the situation as a hard lesson to learn in life.

Campbell said she had raised the issue about the purchase with her mother.

"She has admitted to me that she is responsible for the loss and will make it up somehow, I just don't see how this is possible as it is a huge liability," Campbell said today.

At the time she paid the deposit, Campbell said she was led to believe that there would be no issue getting finance "with my 10 per cent deposit by my real estate agent, who pushed for the sale and signing the contract to be unconditional, therefore obtaining commission immediately.

"My agent stated that I was to simply ignore the advice given by my lawyer to have a meeting with a bank. She was aware that I was in no position to obtain finance as I am currently studying, and this would jeopardise her sale," Campbell said.

"I was informed that the only way there would be a sale was to sign for the contract to be unconditional. This was a high-risk financial decision and I was given bad advice, which I believed as I had no other form of support or guidance.

"I did not have written pre-approval for finance from any bank or lender when paying the deposit as assumptions were made that I would be in a position to settle in two years when the apartment was built. I was unaware of banks' reluctance to lend on apartments, and not given the correct guidance regarding this," she said today.