Scentre Group, which owns New Zealand and Australia's Westfield malls, opened a Lego store in March at Westfield Bondi Junction and now there is speculation that an Auckland store will be opening at the brand new Westfield, Newmarket mall which is opening at the end of the month.

Scentre Group is the ASX-listed giant which owns half of New Zealand's five biggest malls which are all branded Westfields, under a former corporate structure. The other half of the five malls are owned by a Singaporean government entity. 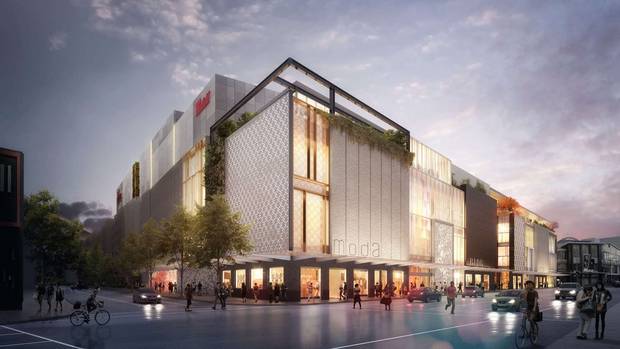 Westfield Newmarket's $790 million mall's leasing stage is currently underway, with Scentre saying this year it would begin shop openings from this month until December.

That ownership gives Scentre the largest collection of mall titles in New Zealand, ahead of NZX-listed Kiwi Property whose malls include Sylvia Park.

Sydney's first Lego store came after Alceon Group was given the rights to open stand-alone certified Lego stores in Australia and New Zealand under a partnership with The Lego Group, the Financial Review reports.

When asked for confirmation about a New Zealand store opening, a Scentre Group spokesperson told the Herald they don't comment on speculation.

Lego and Alceon Group have also been contacted for comment.

He also told the Australian Financial Review how Alceon Group is always looking for different opportunities in the New Zealand and Australian retail sectors and believed Lego was a unique one.

"We've built up quite an extensive infrastructure and capability in retail and what we're looking for is opportunities to leverage those capabilities, to partner with well-known brands and good brands we can help grow," Facioni said.

"There are very few brands that rank up there with Lego. When the opportunity presented itself to partner with them to roll out stores in Australia and New Zealand, we jumped ... because it's such a unique opportunity."

Westfield Newmarket's $790 million mall's leasing stage is currently under way, with Scentre saying this year it would begin shop openings from this month until December.

Another hint came from a Lego New Zealand fan Facebook page, where the admin posted that he knew a contractor on the Newmarket construction who told him that he saw designated plans for New Zealand's first Lego store.

The Herald has also been told that a businessman highly regarded in e-commerce said at a conference in Canterbury last month: "Mark my words. Lego Store will be coming to New Zealand."

The $790m, 88,150sq m redevelopment of Westfield Newmarket is by far the largest scheme of its type in New Zealand, bringing the biggest new shopping centre to the single wealthiest residential enclave in the country.

The mega-mall now nearing completion will see 230 new shops open across many levels, replacing the outdated, inward-facing mall which has traded on the site for decades.

No official announcements have yet been made about any of these brands.

But "premium fashion" and "aspirational fashion" is listed on floor plans along with valet parking, fresh food market, cafe court, an urban youth zone and as the year unfolds, expect a string of announcements and major media hype of the Ikea meatballs variety.

Auckland's first David Jones department store from Australia has leased 8000sq m in 277 Broadway at the Gillies Ave end. Shoppers entering off Broadway will walk past about 20 speciality stores before they get to the department store.

The Bondi flagship Lego Store in Sydney, which covers 302sq m over two floors, showcases a variety of unique features, Build-Your-Own Minifigure stations with thousands of combinations and a signature Lego Pick a Brick Wall featuring countless combinations of bricks to choose from, according to Shopping Centre News.