Pandemic fears have failed to keep punters from the opening of New Zealand's largest homeware store, Nido, in West Auckland this weekend.

Around midday today, there were more than 200 people in the queue, with one punter telling the Herald it took them around 50 minutes to get to the front - on top of 15 minutes negotiating a parking queue corralled by security guards. 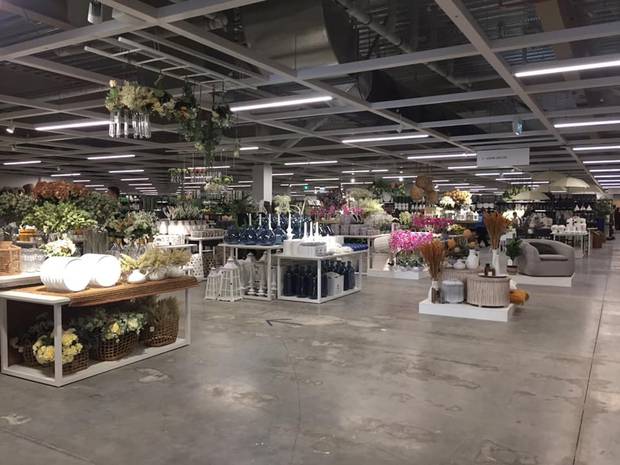 Inside the Lincoln Rd store there was plenty of room for social distancing. (Photo / Anne Gibson)
Inside, however, shoppers were set well apart in the cavernous store - which is only partially opened this weekend but will eventually cover 27,000 square metres in Lincoln Rd, Henderson.

Nido general manager Julian Bottaro said the megastore's social-distancing had been bolstered in response to questions from the Herald.

"In store, we have announcements running every 40 minutes to remind shoppers to socially distance. We realise this is a sensitive time for everyone and since being made aware of your inquiry we have now added another staff member to help police the unexpected queues we have encountered." 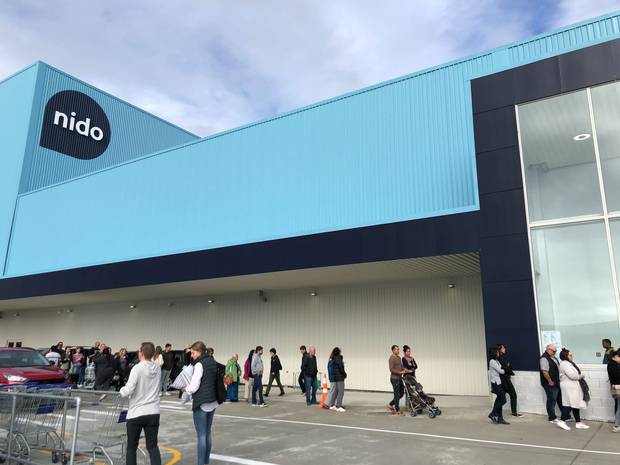 Another view of the queue. (Photo / Supplied)
It is being billed as New Zealand's largest furniture and homeware retailer but the opening of Nido this weekend seemed like a hugely optimistic punt on an industry hit hard by the Covid-19 shutdown and consumer exodus to digital shopping. 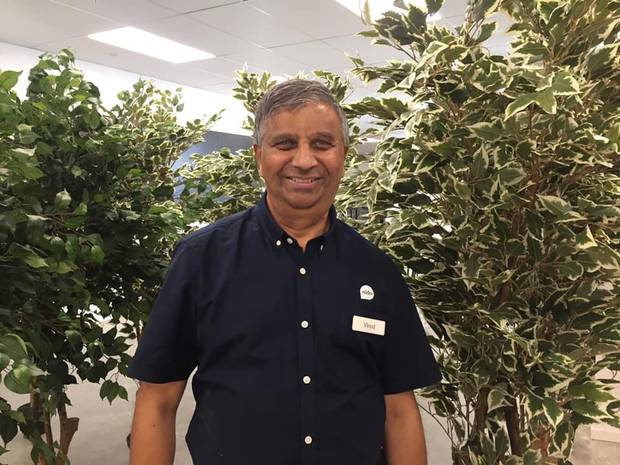 Managing director Vinod Kumar, who cut his teeth at Mitre 10 and created the Nido concept. He says the megastore in Auckland has a $60m budget. (Photo / File)

It will carry more than 10,000 product lines and create 180 new jobs once it's fully open for business and has its food outlet up and running.

Managing director Vinod Kumar, who cut his teeth at Mitre 10 and created the Nido concept, said the centre will feature more than 100 display rooms as well as a full-size three-bedroom show home, staged by a team of interior designers.

Its more commercially slanted offering, [email protected], will carry thousands of European and locally sourced commercial furniture products targeting everyone from small businesses through to large-scale corporates and government departments.

There is no denying, however, that it is uncertain times for retail, in the wake of profit warnings from listed retail groups, closure or curtailment of operations and general disruption in the wake of government-enforced health restrictions.

He said the full extent of lockdown policies remained unclear and consumer appetite for "bricks and mortar" shopping, even at less restrictive levels, was still uncertain.

He also said the deteriorating economic outlook might weigh on medium-term growth, as it had during the global financial crisis.

A number of retailers have already signalled either closures or restructurings. Last week furniture and appliances retailer Smiths City confirmed it would sell its 29 stores and finance operations to Polar Capital for $60 million, closing seven of its stores in the process.

South Island retailer H&J Smith, meanwhile, is set to close four of its stores through Otago and Southland as well as two of its other retail interests in Queenstown and Dunedin.

The Warehouse Group, the country's biggest retail group, recorded enormous losses across its Warehouse, Warehouse Stationery, Noel Leeming and Torpedo7 brands as a result of trading restrictions. It was one of the biggest recipients of government aid under its wage subsidy, receiving $67.7 million under the government's employee subsidy scheme, without which it said it would have to relinquish staff.

The James Pascoe Group, the trans-Tasman owners of mid-market department store chain Farmers, Whitcoulls and Pascoes, also announced it would be trimming up to 160 staff. This was in spite of receiving a $23.2 million subsidy for its 3,597 employees across its New Zealand interests.

Department store David Jones is also known to be having liquidity issues, with the firm not paying its staff until it had received a $1.2 million wage subsidy for its 189 staff across its two New Zealand stores.

Despite their 'essential service' ranking, hardware brands have not fared much better. Placemakers will suffer staff losses as part of parent Fletcher Building's rolling layoffs of 1,500 frontline staff across Australia and New Zealand while Bunnings will close seven of its 50 stores and Mitre 10 is to close at least one store.

According to Stats NZ, the sector sacrificed more than $1 billion in sales in April, during the late March and April shutdowns.

"People have been focused on their home environment for the past eight weeks, and we know that during the lockdown the businesses in these categories have done very well selling their essential items."