Last week the Prime Minister confirmed the air bubble that has enveloped the Beehive, her Covid Response team, and her officials in Wellington when she closed Parliament for 2021 with this staggering observation.

"Now go take a break – you bloody deserve it."

No, Prime Minister – the people who deserve a break are those you are leaving on the front line in our hospitals. Those giving up Christmas to monitor our borders, those in hospitality trying to manage a woefully inadequate vaccine passport system, thousands isolating at home waiting days on results from the testing system Dr Bloomfield still fails to acknowledge is seriously flawed. The airline crews carrying thousands of passengers who a week ago you and your team had Chemists who just days out from Christmas were handed the job of delivering rapid antigen tests in locations where sick people come to pick up their medicines, or get their Covid vaccines.

These are the very same rapid antigen tests that have been available worldwide to everyone else for over a year now – and in many countries delivered at no cost. Dr Bloomfield decided to make it illegal to bring them into New Zealand without his permission.

Then there are the thousands of our Kiwi citizens stranded overseas, some now having their second Christmas separated from loved ones. They are the ones who deserve the break you just handed so magnanimously to your parliamentary colleagues.

Last week you threw open our internal borders as the latest variant of the virus came through our external borders. You admitted that this was definitely going to be something that would spread Covid around the country – and then suggested the people charged with managing this growing emergency should all go on a break because they "bloody deserved it."

This Wellington-centric, blinkered view of the real world was further highlighted the previous week when you awarded the Prime Minister's Spirit of Service Award jointly to the Ministry of Health and the ministries in charge of our Border Control. I totally agree with your observation that the people working on the front line have gone over and above in their delivery of these services – but the photo you released with your social media targeted video showed only the ministry officials, including Dr Bloomfield, who have designed a system that has placed the front-line workers under the stress they have had to endure.

These are the officials who, despite having 16 months of zero covid cases in the country, did not shore up our defences for the inevitable arrival of a new variant. The result has seen us transition from the much-touted "elimination strategy" to the reality of living with thousands of Covid cases in our community – and those are only the ones your "one system fits all" nasopharyngeal testing system has managed to identify.

The spin on all of this has been: "Look how many lives we have saved."

A statistic that ignores the 45,000 women who have had their mammograms delayed, the cancelled/postponed health procedures that could ultimately cost people their lives, the overstretched resources in our hospitals where ICU nurses have to deal with multiple patients at the same time, the mental stress that comes with losing your business, your job, your future. The list goes on.

But you have encouraged your taxpayer-funded politicians and officials to take a "well-earned" break at what is arguably the most dangerous time in this pandemic.

Vaccination was your only trick in containing Covid and already Covid has outmanoeuvred you with a variant that requires boosters. Some of your experts are suggesting that if Omicron gets loose this Christmas our vaccine effectiveness will drop to 36 per cent unless we have a booster – presumably down at the chemist where they are testing people for Covid! 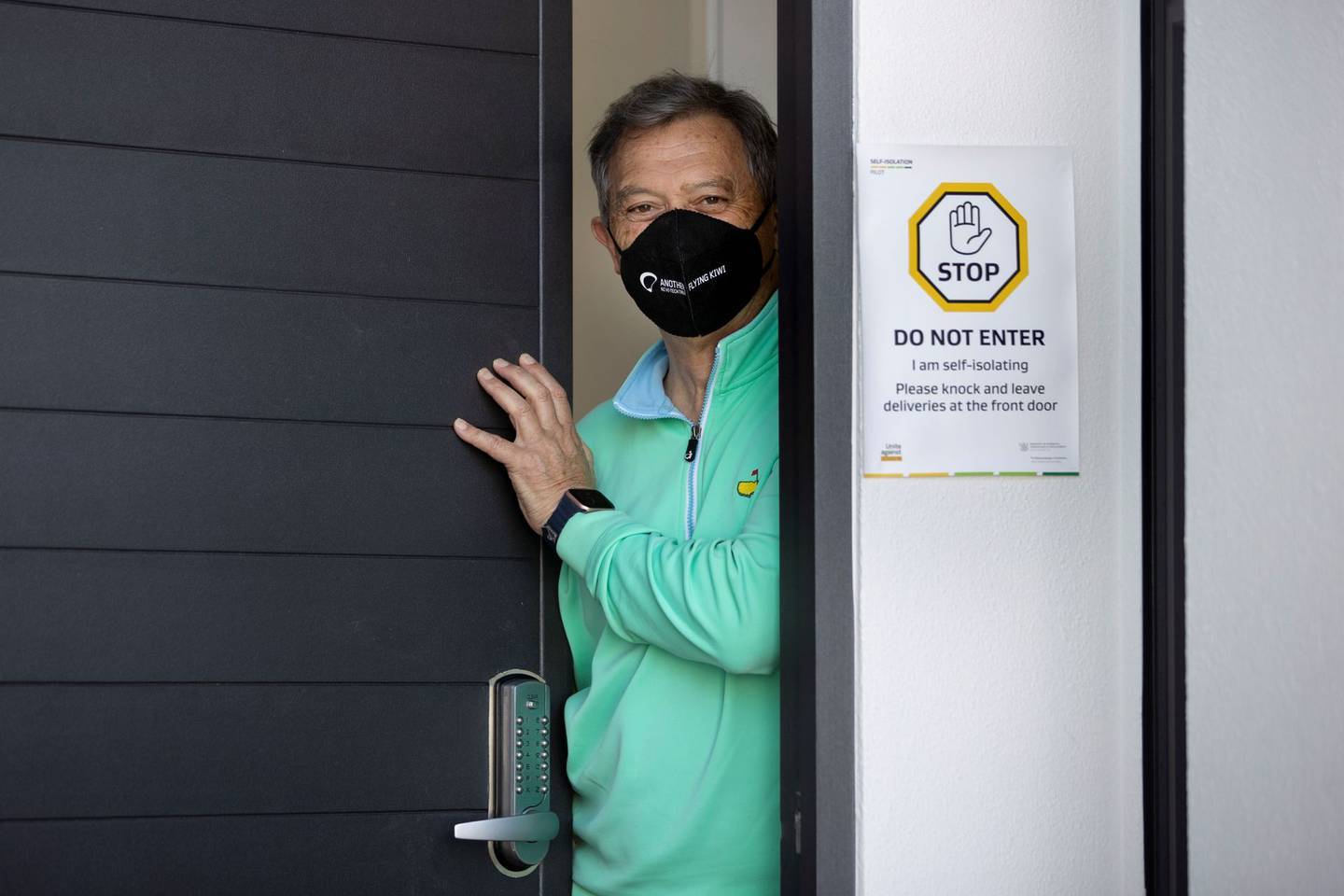 Sir Ian Taylor at his home in Auckland during his self-isolation trial. Photo / Brett Phibbs

For months now we have been offering to bring ideas from the bench that could be added to the discussions on how we go about finding ways to live with Covid, especially as it continues to evolve faster than we can keep up with it. Those offers of help continue to fall on deaf ears. Over the past couple of weeks, I have had emails from your office saying I can expect a response from Minister Hipkins but perhaps those haven't been passed on because I have yet to hear from him.

Which is a surprise because it appears that, along with Minister Shaw, I was given a special exemption to run my 151 Off the Bench trial by Minister Hipkins. I assumed that he would be keen to see the results of that trial, especially given how ineffectual the ill-conceived official 150 Self-Isolation trial appears to have been.

You may recall one of the nine questions I sought answers for in an earlier article was – "how many people actually took part in the 150 trial?" I am sure you are well aware of the old rule in politics that you should never ask a question you don't already have the answer to. We had the number at 87. We were wrong. It appears from the report on the news last week it was only 79.

So, here's another question. Is it true that over 600 people applied but the system that was designed couldn't handle that many inquiries because your officials claimed they didn't have enough time to plan it? Are these the same officials who declined to even discuss with us how we might safely bring in 180 people for Sail GP using a system the Cross Sector Border Group designed and deployed for me in less than 48 hours?

A system that, according to the Ernst & Young report we commissioned, is scalable, repeatable and exceeds the official Covid protocols that were set for the official self-isolation trial.

The question that stands out more and more is: "Why doesn't anyone want to talk to us?"

Better still – as our leader – "why don't you want to talk to us?" It will cost you nothing.

And finally, here is something for all of the politicians taking their break this Christmas to ponder.

In the week that government mandated vaccination passports for front-line workers across the country, rather than just have them show they were negative with better testing systems, here in Dunedin we unveiled a memorial dedicated to the memory of conscientious objectors during the world wars whose human rights we have taken so long to recognise.

Ko ngā tahu ā ō tapuwae inanhi, hei tauira mō āpōpō. The footsteps we lay down in our past create the paving stones on which we stand today.