Across Europe, signs of distress are multiplying as Russia's war in Ukraine drags on. Food banks in Italy are feeding more people. German officials are turning down the air conditioning as they prepare plans to ration natural gas and restart coal plants.

A giant utility is asking for a taxpayer bailout, and more may be coming. Dairies wonder how they will pasteurise milk. The euro has sagged to a 20-year low against the dollar, and recession predictions are on the rise.

Those pressure points are signs of how the conflict — and the Kremlin gradually choking off natural gas that keeps industry humming — provoked an energy crisis in Europe and raised the likelihood of a plunge back into recession just as the economy was rebounding from the Covid-19 pandemic.

Meanwhile, high energy costs fuelled by the war are benefiting Russia, a major oil and natural gas exporter whose agile central bank and years of experience living with sanctions have stabilised the ruble and inflation despite economic isolation.

In the long run, however, economists say Russia, while avoiding complete collapse, will pay a heavy price for the war: Deepening economic stagnation through lost investment and lower incomes for its people.

Europe's most pressing challenge is shorter term: Battle record inflation of 8.6 per cent and get through the winter without crippling energy shortages. The continent relies on Russian natural gas, and higher energy prices are flowing through to factories, food costs and fuel tanks.

Uncertainty weighs on energy-intensive industries like steel and agriculture, which could face natural-gas rationing to protect homes if the crisis worsens. 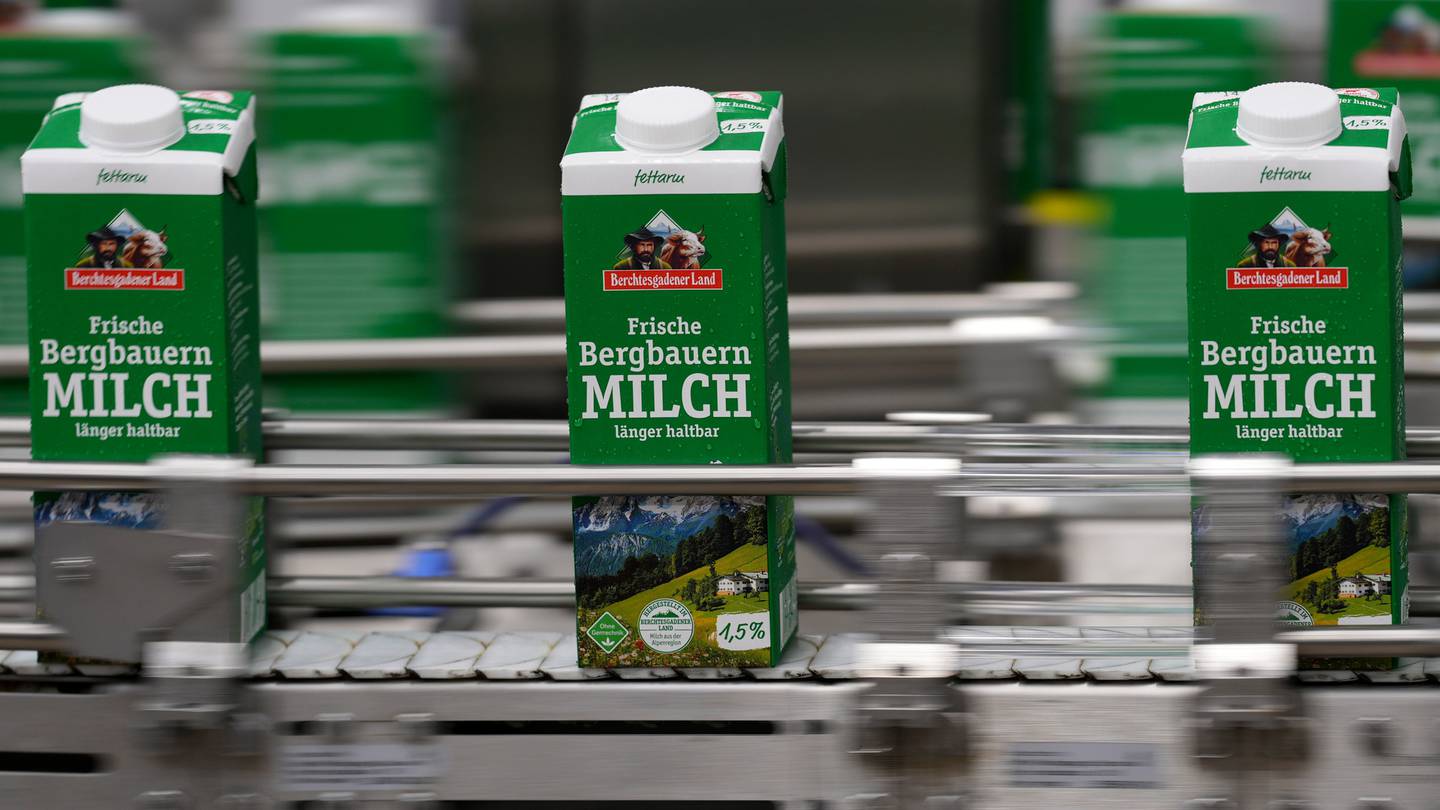 Milk packs move down the production line at the Berchtesgadener Land dairy co-operative in Piding near Munich, Germany. Photo / AP

Molkerei Berchtesgadener Land, a large dairy co-operative in the German town of Piding outside Munich, has stockpiled 200,000 litres of fuel oil so it can keep producing power and steam for pasteurising milk and keeping it cold if electricity or natural gas to its turbine generator is cut off.

It's a critical safeguard for 1800 member farmers whose 50,000 cows produce a million litres of milk a day. Dairy cows have to be milked daily, and a shutdown would leave that ocean of milk with nowhere to go.

"If the dairy doesn't function, then the farmers can't either," managing director Bernhard Pointner said. "Then the farmers would have to discard their milk."

In one hour, the dairy uses the equivalent of a year's worth of electricity for a home to keep up to 20,000 pallets of milk cold.

The dairy also has stockpiled packaging and other supplies to guard against suppliers being hit by an energy shortage: "We have a lot stored ... but that will only last a few weeks."

The economic woes also appear at the dinner table. Consumer groups estimate a typical Italian family are spending 681 euros more this year to feed themselves.

"We're really concerned about the situation and the continuous increase in the number of families we're supporting," said Dario Boggio Marzet, president of the Food Bank of Lombardy, which groups dozens of charities that run soup kitchens and provide staples to the needy. Their monthly costs are up 5000 euros this year. Exterior view of the Bierwang gas storage facility of the Uniper energy company in Unterreit near Munich, Germany. Photo / AP

Jessica Lobli, a single mother of two from the Paris suburb of Gennevilliers, pays close attention to surging grocery prices. She's reduced her consumption of milk and yoghurt and renounced Nutella or branded cookies.

"The situation will worsen, but we need to eat in order to survive," said Lobli, who earns between 1300 and 2000 euros a month working in a school kitchen.

Her monthly food budget of 150 to 200 euros dropped to 100 euros in June. She said her family don't eat as much in summer, but she's concerned about September, when she will have to buy school supplies for her 15-year-old daughter and 8-year-old son, further whittling her budget.

French President Emmanuel Macron says the Government aims to conserve energy by switching off public lights at night and taking other steps. Similarly, German officials are begging people and businesses to save energy and ordering lower heat and air-conditioning settings in public buildings.

It follows Russia cutting off or reducing natural gas to a dozen European countries. A major gas pipeline also shut down for scheduled maintenance last week, and there are fears that flows through Nord Stream 1 between Russia and Germany will not restart.

Germany's biggest importer of Russian gas, Uniper, has asked for government help after it was squeezed between skyrocketing gas prices and what it was allowed to charge customers.

Carsten Brzeski, chief eurozone economist at ING bank, foresees a recession at the end of the year as high prices sap purchasing power. Europe's longer-term economic growth will depend on whether governments tackle the massive investments needed for the transition to an economy based on renewable energy.

"Without investment, without structural change, the only thing left is to hope that everything will work as before — but it won't," Brzeski said. 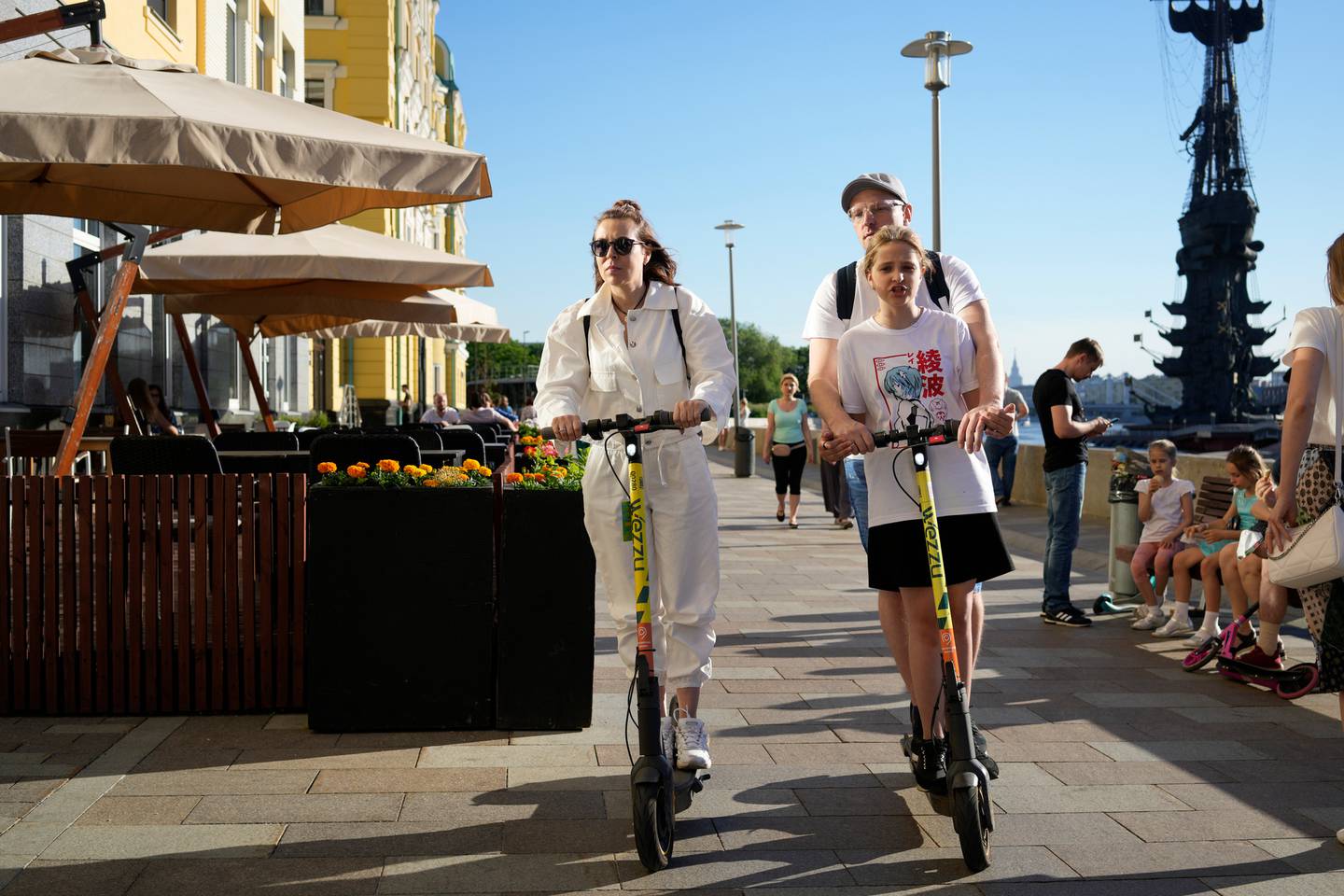 While Europe is suffering, Russia has stabilised its ruble exchange rate, stock market and inflation through extensive government intervention. Russian oil is finding more buyers in Asia, albeit at discounted prices, as Western customers back off.

After being hit with sanctions over the 2014 seizure of Ukraine's Crimea region, the Kremlin built a fortress economy by keeping debt low and pushing companies to source parts and food within Russia.

Though foreign-owned businesses like Ikea have shuttered and Russia has defaulted on its foreign debt for the first time in over a century, there's no sense of imminent crisis in downtown Moscow. Well-heeled young people still go to restaurants, even if Uniqlo, Victoria's Secret and Zara stores are closed in the seven-storey Evropeisky mall.

The successor to McDonald's, Vkusno-i Tochka, is serving more or less identical food, while the former Krispy Kreme in the mall has rebranded but sells basically the same offerings.

In less well-off provinces, Sofya Suvorova, who lives in Nizhny Novgorod, 440km from Moscow, has felt the squeeze on the family budget.

"We practically do not order takeaway food any more," she said while shopping at a supermarket. "It used to be very convenient when you have small children. We go to cafes less often. We had to reduce some entertainment, like concerts and theatres; we try to keep this for children, but adults had to cut it."

Economists say the ruble's exchange rate — stronger against the dollar than before the war — and declining inflation present a misleading picture.

Rules preventing money from leaving the country and forcing exporters to exchange most of their foreign earnings from oil and gas into rubles have rigged the exchange rate.

And the inflation rate "has partially lost its meaning", Janis Kluge, an expert on the Russian economy at the German Institute for International and Security Affairs, wrote in a recent analysis. That's because it does not account for disappearing Western goods, and lower inflation probably reflects sagging demand.

Some 2.8 million Russians were employed by foreign or mixed-ownership firms in 2020, according to political scientist Ilya Matveev. If suppliers are taken into account, as many as 5 million jobs, or 12 per cent of the workforce, depend on foreign investment.

Foreign companies may find Russian owners, and protectionism and a glut of government jobs will prevent mass unemployment.

But the economy will be far less productive, Kluge said, "leading to a significant decline in average real incomes".