Shamed business titan Ron Brierley was told he could jump instead of being pushed when it came to losing his knighthood, documents released under the Official Information Act have revealed.

And he did just that, with an email on May 3 in which he said: "I wish to advise that I resign my appointment as a Knight Bachelor. It has been a tremendous privilege to hold a New Zealand Royal Honour.

"However, I do not want to bring the system into disrepute by actions that I have acknowledged and to which I have entered pleas of guilty in an Australian Court."

The actions to which Brierley referred was his possession of child sexual abuse material, found by Australian Border Force officials in December 2019 as he prepared to board a flight from Sydney to Fiji.

The discovery set in chain events that ended with guilty pleas on March 31 this year to three charges of possession of child sex abuse material, in which he admitted having tens of thousands of images of girls in swimwear and underwear in sexually suggestive poses.

Brierley also pleaded guilty to possession of a single more intrusive image and having graphic stories that detailed illegal sexual acts on minors.

That guilty plea set in train events leading to Brierley resigning from the knighthood awarded in 1988 for services to business and philanthropy.

Immediately following the conviction, the Prime Minister's office said Jacinda Ardern had asked officials to begin the formal process that could lead to Brierley losing his knighthood.

Documents show Ardern was briefed on how that would happen on April 1, with advice that a "bright line" test for forfeiture was three months or more in prison. The briefing noted that the charges to which Brierley had pleaded guilty carried a maximum of 10 years in prison. 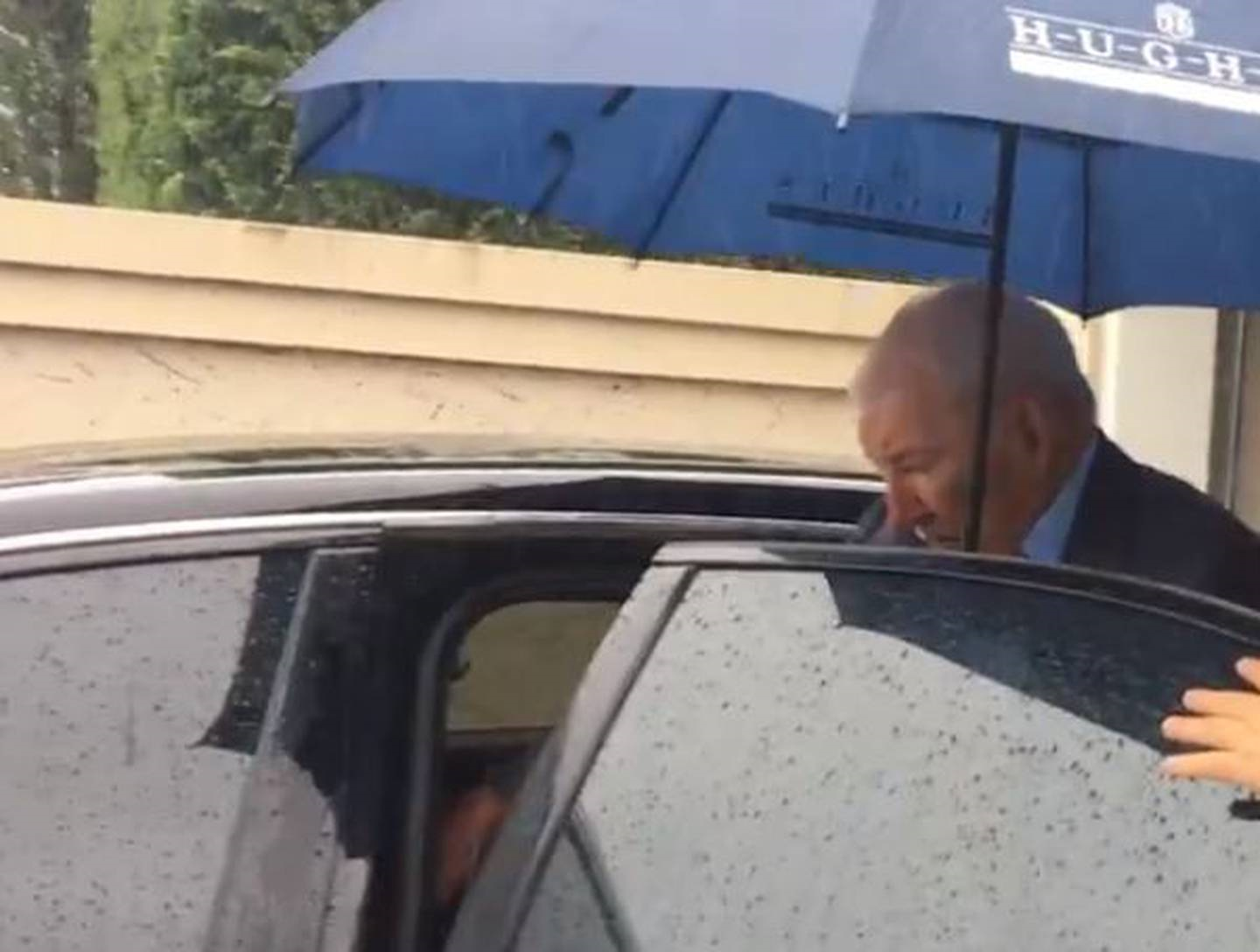 Ardern was told the process was one led by her as the Prime Minister in a reversal of the process in which Royal honours were granted. It would be on Ardern to advise the Queen "to cancel the appoint of a person to an honour where an individual's actions are such that, if they continue to hold that honour, the honours system would be brought into disrepute".

Ardern gave officials the formal go ahead, leading to a letter being sent to Brierley through his lawyers in Sydney.

In a letter on April 6, Brierley was told by Michael Webster, clerk of the Executive Council - the highest formal instrument of government, that it was his duty to let him know that his guilty pleas had the Prime Minister considering asking the Queen to cancel his appointment as a knight.

Brierley was told he had 30 days in which to make a submission. Ardern had already been told the process required she take into account Brierley's views.

Webster's email ended with an alternative option for Brierley. "I note for completeness that it is possible to resign your appointment as a Knight Bachelor. If you did choose to follow this course of action, you would be expected to return your insignia and your name would be removed from the Honours lists.

"You could no longer use the title 'Sir'. However, in that case, while the Queen would be informed, it would not be necessary to advise her to cancel your appointment."

It was 28 days later Brierley responded with his email resigning as a Knight. "My wish at the present time in respect of the Honour bestowed upon me is to minimise the impact on the Honours system by this resignation. I therefore ask that Her Majesty the Queen be informed of my resignation."

Webster responded 14 hours later, thanking Brierley for his email. "I have informed the Prime Minister and the Queen," he wrote. "The Prime Minister will advise Her Majesty to accept your resignation, and your name will be removed from the Roll."

"You may no longer use the title 'Sir'," Webster wrote. In closing, he asked Brierley to send by courier the insignia awarded at the time he was knighted.

The closing step created a hitch in the process - Brierley responded: "The original insignia was stolen. The replacement is locked up in London. I will return it asap but likely to be some time."

Almost two weeks later, Rachel Hayward, head of the Honours section at the Department of Prime Minister and Cabinet, wrote to Ardern's media minders: "We've now had formal notification from the Palace that the Queen has accepted Ron Brierley's resignation as a knight and directed that his knighthood be annulled."

Brierley was told in an email by Webster on May 18: "I wish to advise you that on 14 May 2021 The Queen accepted your resignation as a Knight Bachelor and directed that your Knighthood be cancelled and annulled." 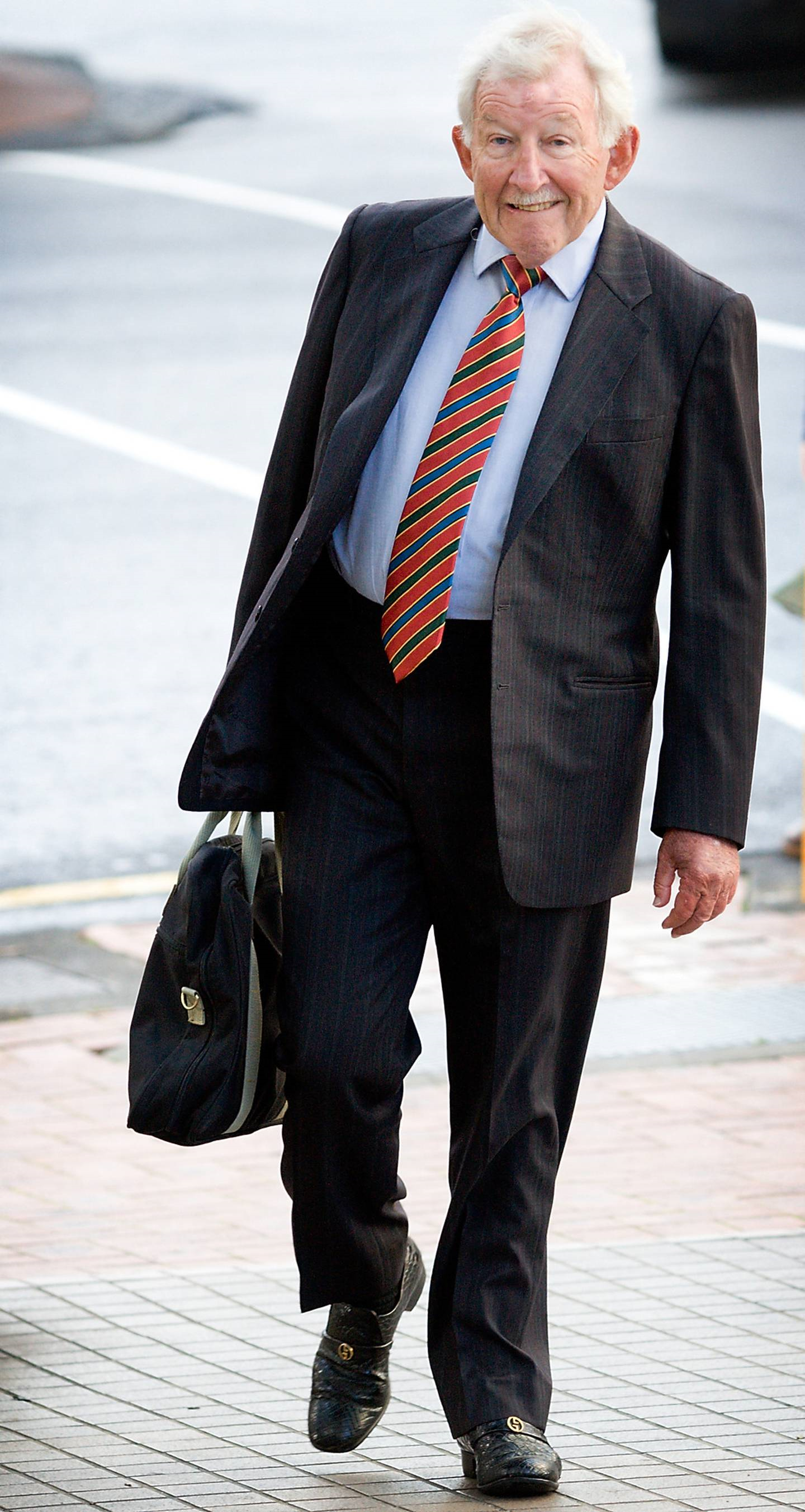 The removal of Brierley's knighthood was an unusual event, according to advice sent to Ardern.

In advice provided in April, she was told "there have not been many cases of honours being cancelled in New Zealand".

Among those few was Hugh Hamilton, former mayor of the Central Hawke's Bay District who surrendered his New Zealand Order of Merit which had been granted in 1997 for services to local body and community affairs. Hamilton was imprisoned for four years and nine months on charges of theft by a person in a special relationship.

Also cited as prior examples was Dr Morgan Fahey losing his Order of the British Empire in 2000 after imprisonment for rape and sexual assault, traffic officer David Seath's Queen's Service Medal loss in 1987 after falsely endorsing summons notices for traffic prosecutions and the 1980 knighthood forfeiture of Cook Islands premier Sir Albert Henry after fraud convictions.

The next milestone on Brierley's fall from grace is his sentencing in Sydney's Downing Street Local Court on August 20.