The dream of homeownership is fading for many New Zealanders and a new report has revealing eight in 10 feel it is now impossible to buy a home.

With a post-Covid surge to already high property prices, worry among New Zealanders is growing, according to The Kiwi Family in 2021 report, commissioned by OneChoice.

According to the data, four in five house hunters feel they are locked out of the property market and seven in 10 are losing hope they will ever be able to buy their own home.

This year property prices surged, and median house prices are now at an all-time high.

The growth of the property market was one of the biggest stress factors for New Zealanders, according to the report.

Graham Squires, Professor with expertise in property and housing at Massey University, said housing affordability was a hotly debated issue.

"We can argue that there has been an increasing income gap between renting and owning, where homeownership is increasingly out of reach for low-income households," Squires said.

"Stretching to the point that many young people see themselves as a generation of renters rather than owners."

Squires said homeownership was unattainable for the majority of young people without support.

"Adding to the pressure is the social normalising that homeownership will increase social wellbeing." 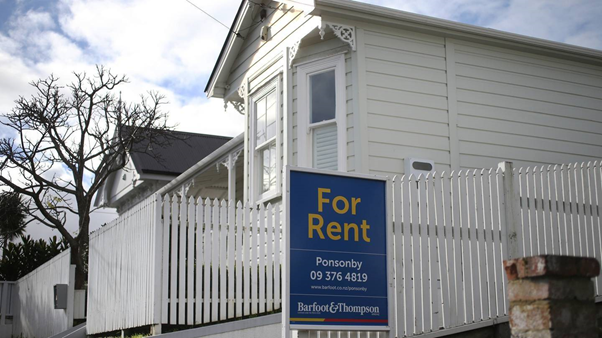 Despite high house prices, the report found house hunters were still keen to get on the property ladder.

Seven in 10 said the biggest motivator to buy a property was to stop paying rent.
The overwhelming majority (93.8 per cent) of the 503 respondents said rent was overpriced in New Zealand.

Homeownership and rental concerns raised in the Kiwi Family Survey echoed those raised in the Herald's recent series, Home Truths.

In Auckland, the average home costs nine times the annual salary, according to data from CoreLogic.

Owen Vaughan, editor of NZME-owned listing site OneRoof.co.nz, said first home buyers in Auckland and Wellington were often stretching their budgets so far there was little spare cash left over.

"Less than 50 Auckland suburbs have median property values under $1 million, and just two, Auckland CBD and Rakino Island, have values less than $600,000," he said.

"Five years ago, buyers could expect to pick up a home for less than $1 million in more than 50 per cent of Auckland's suburbs."

The OneChoice Kiwi Family Survey also found house hunters were not being unrealistic in their hopes for property ownership.

More than three-quarters (83.1per cent) said they were not worried if their first home was not their dream home as long as they owned a property.

More than half of the respondents were making sacrifices such as cutting back on their lifestyle expenses and a third were pooling resources with their family or friends to buy a home together.

Despite low expectations when looking for their first home, the report revealed first home buyers wanted the same thing when it came to buying a house. Good value was the number one consideration for 70.5 per cent, closely followed by living in a safe neighbourhood at 67.5 per cent.

As well as highlighting the struggle to get onto the property ladder, the OneChoice survey also revealed 43.4 per cent of New Zealanders were concerned about living paycheque to paycheque.

About two-fifths (41.1per cent) were concerned about the future job market security and stability.

More than half of the respondents were concerned wages were not keeping pace with the cost of living.

The report did reveal some positives in New Zealand as we recover from Covid-hit 2020.

According to the report, the challenging events of 2020 had a positive impact on families, more than two-thirds (68.9 per cent) of whom said relationships between family members had improved despite Covid-19.

Six in 10 believe they had become much closer as a family and now spend more quality time together.

People with children at home agree the pandemic has improved their teamwork skills: three-quarters said as parents, they have become "dynamic duos".

Most respondents said there was no change to their plans to have a baby but one in seven saw a need to delay starting a family because of Covid-19 related safety (33.3 per cent) and economic reasons (29.6 per cent).

There was less hesitation to add a fur baby to the family, however. Almost a third of people said they had either bought/adopted a pet or plan to do this, in order to test the waters before having a child.

To read The Kiwi Family in 2021 in full click here.