Chillers, rotisserie roasters, air conditioning units and storage gear stacked in the middle, white walls and ceilings, massive seismic V-shaped steel columns, no stock, most of the floor concrete poured, ready to be installed – that's what it's like inside New Zealand's first Costco Wholesale.

The nearly-finished warehouse at 2 Gunton Dr is a $100 million-plus membership store, costing $60/person or $55/business annually, out to challenge our supermarket duopoly. Patrick Noone, Australia/NZ managing director, said Covid had delayed the opening but that would either be "the last weekend in August or the first week in September".

On being unable to sell alcohol in the trust-controlled zone, he shrugged: "There was some possibility for us coming to an arrangement. Ideally, we would sell alcohol in any jurisdiction but it just didn't work out."

Costco alcohol sales are also restricted in the Middle East, Canada and parts of Australia, another executive noted so West Auckland rules were not that unusual. The post-tension concrete and steel floor inside part of the giant warehouse. Photo / Michael Craig

Opening at 7.30am or 8am on Saturday, August 27, or Saturday, September 3, seems most likely. But it could change.

Getting a traffic management plan approved is top-of-mind for executives. One said the date "all depends on the council", indicating it wasn't under the American-headquartered business's control. The need for code compliance sign-off of the completed building is a major factor influencing the opening date.

While customers were arriving to buy Auckland's cheapest fuel from some of the 26-bowser station at 2 Kakano Rd for the first time today, executives from Australia were welcoming the media on the first tour inside the new discount warehouse. 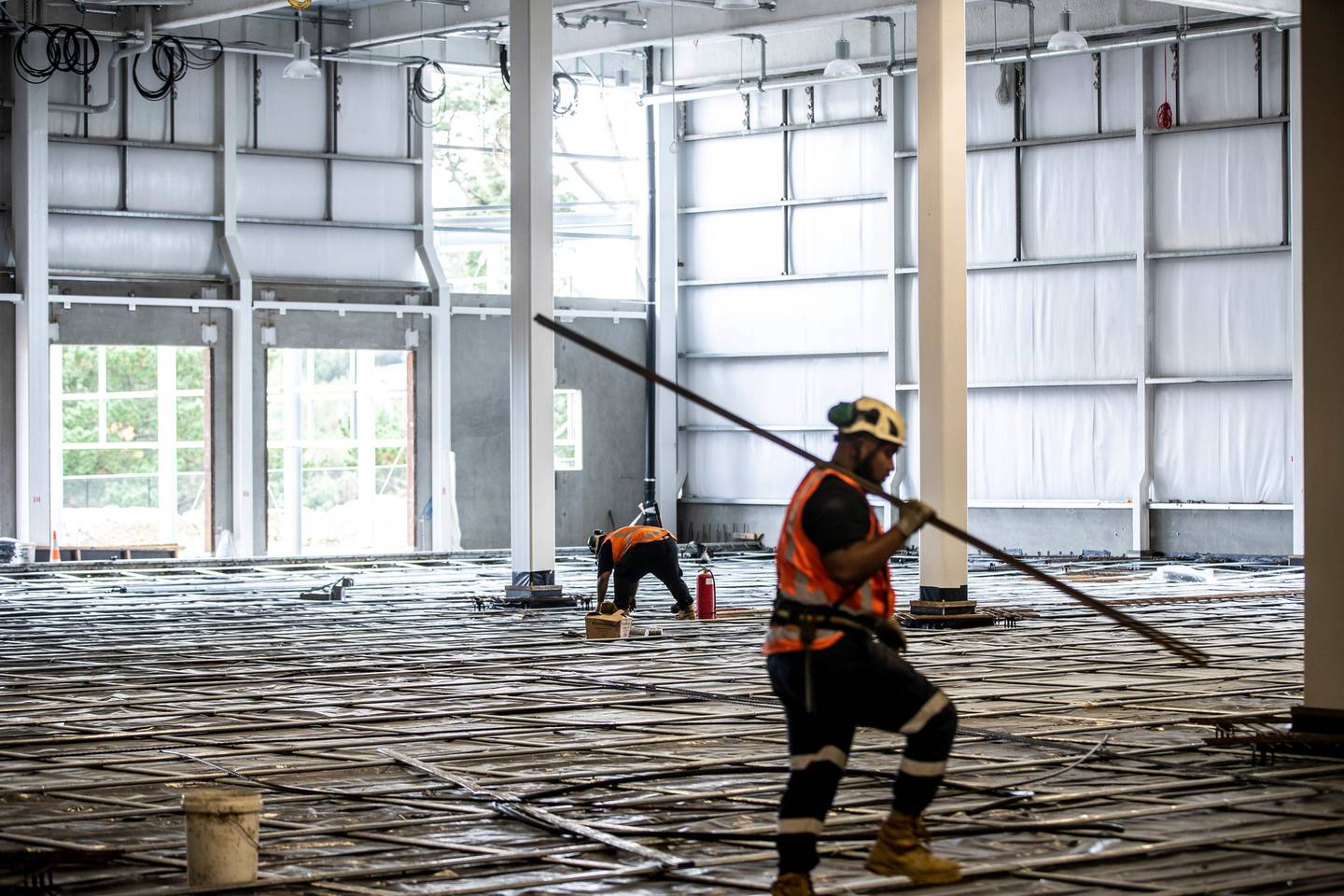 The first impression when entering the ground floor is of cavernous dimensions, with an internal stud height of 8m.

The ground floor is 1.4ha or 14,500sq m, with giant post-tensioned floor slabs all laid except for one northern corner.

Canadian-born Adam Baines, one of Costco's top Australia/New Zealand executives, says the most unusual aspect of the new building from his viewpoint is its seismic strength.
Buildings in Australia don't need to be this strong, he says.

The size of steel beams and columns show that clearly, dotted throughout the ground floor. Baines manages Costco operations in New South Wales and the Australian Capital Territory and will work here for a week, before returning for the opening.

This is also the first Australasian Costco to have parking above the main warehouse. Across the Tasman, if Costcos are multi-level, their parking is underneath, he said. Kim Barrett, Haydn & Rollett managing director and majority owner, said it had been "challenging" to build the fuel station and the warehouse. Ground conditions were not easy and the warehouse has 1800 concrete piles.

Noone indicated Christchurch was possibly next on the list for a Costco "but it depends on how it works out here". After that, Wellington could get a Costco.

Costco fuel client Amar Trivedi filled up his Kia Sportage's tank just after 9.20am today and paid $87.17 for 34 litres, saying: "I can't remember the last time I got fuel for under $100. The whole neighbourhood is excited."

Mayor Phil Goff had been invited to today's event but did not attend.

Around 350 staff will work at the new store, trained initially by around 40 staff from Australia. Executives will this week work out of Costco's temporary offices and membership store near the fuel station on Kakano Rd. 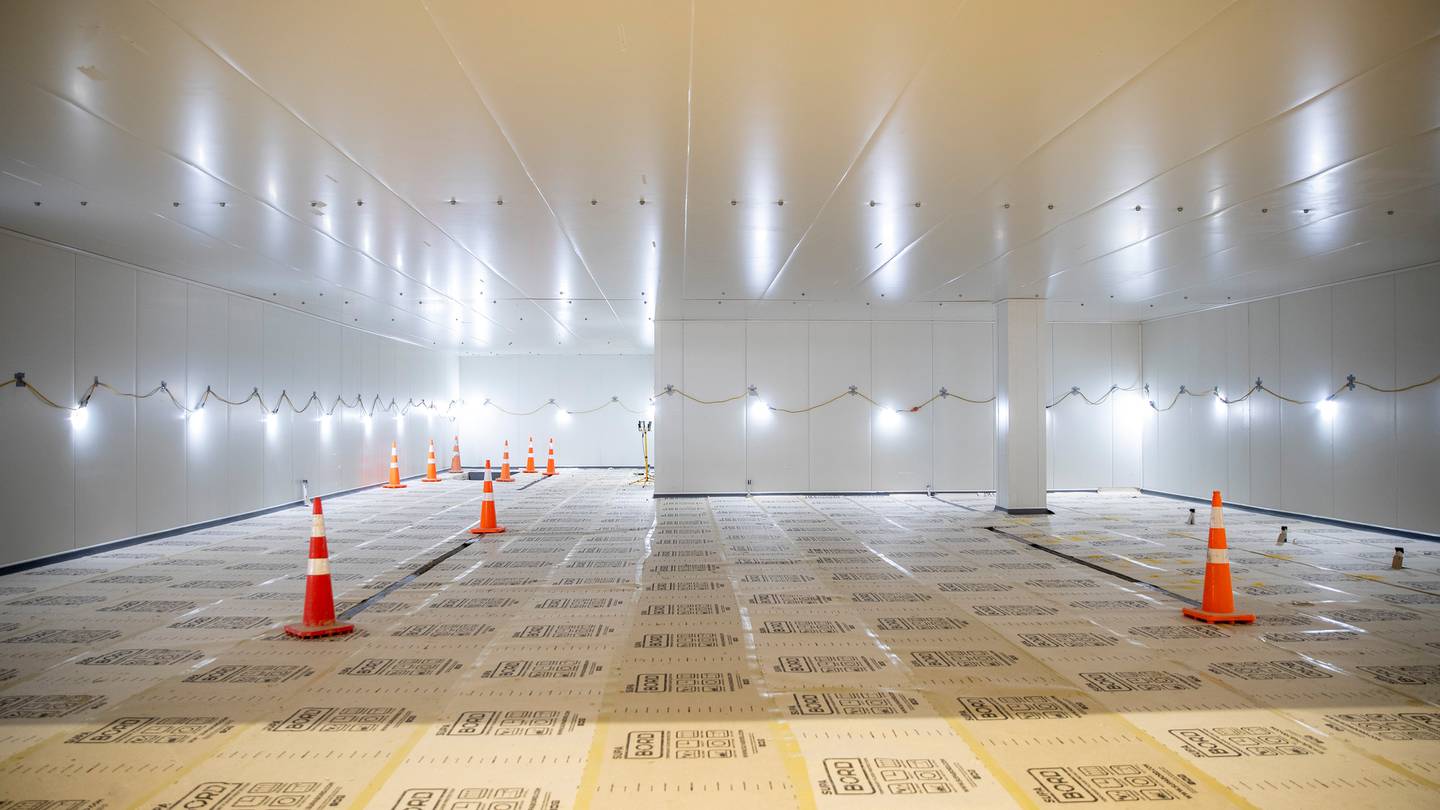 That fuel station is about half a block away from the warehouse so the Americans now have three separate sites, all within about 500m of each other.

Racking came from the US and joinery from Australia.

Herald readers asked if the cooked rotisserie chickens would be $5 like overseas. An executive said they sold for A$7.99 in Australia but pricing here hadn't been set yet. 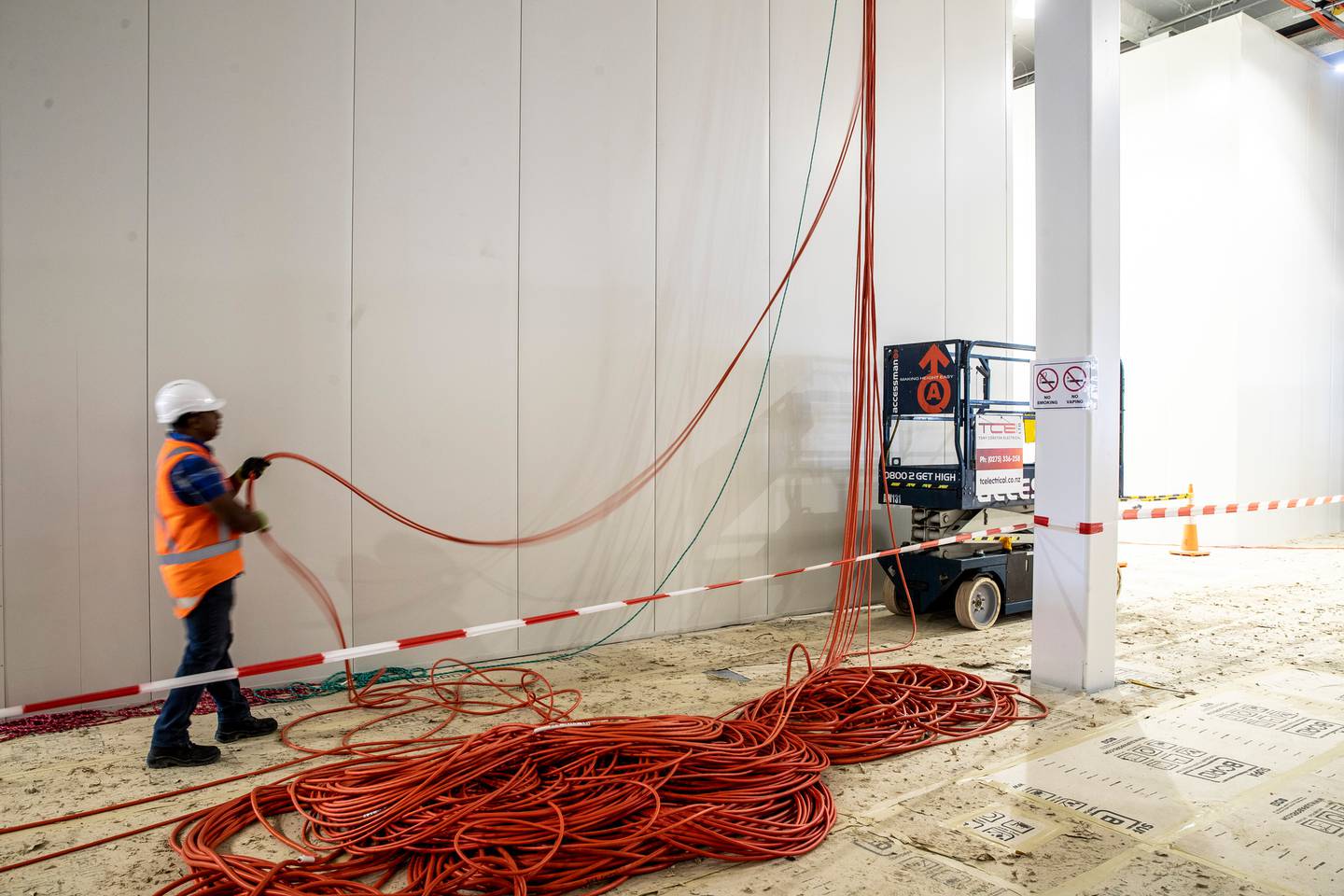 Kirkland Signature brands were prominent at Costco's displays today at the media briefing and in the membership store. 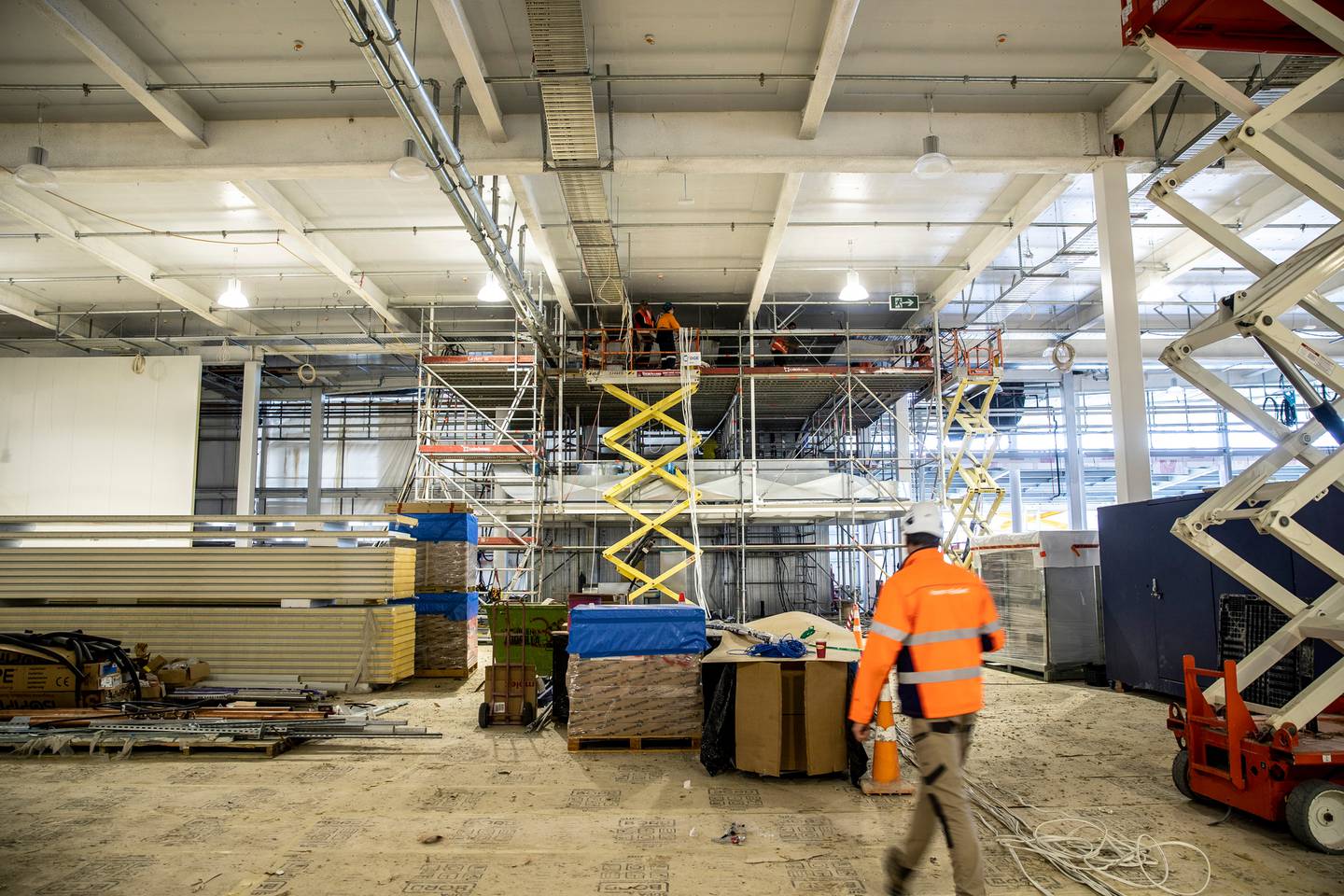 Campbell Barbour of New Zealand Retail Property Group which sold Costco the land said today was important because the warehouse was now so close to opening.

For eight years, he headed the Council of Retail Property.

Mark Gunton, NZRPG owner, was on his Argyle Station in Southland today but was delighted to hear about the opening.

However, traffic is of concern, particularly at the busy opening weeks, hence his company went to the High Court at Auckland in a case which concluded this month.

The decision was reserved and has not yet been released. Ready to be unveiled but as it looked today. Photo / Michael Craig

As for New Zealand items in Costco, Noone said the business already sold our agricultural products globally including meat.

Kiwi business Yarrows The Bakers features on a full-page of the 99-page brochure being distributed free. Yarrows is promoted as "located in Manaia ... under the watchful eye of Mt Taranaki".

Noone said Costco chief executive Walter Craig Jelinek was planning to be at the Auckland opening this winter along with other executives from overseas.

"There will be $24m of merchandise in here, from diamond rings to clothing, Dom Perignon to coffins, giant teddy bears, hearing aids, glasses and we've applied for a pharmacy licence."

"Oh, not that," Noone corrected.