The dream of owning a "community hub" style supermarket has soured for a 70-year-old man whose store has been plagued by power outages, shoplifters and a break-in.

Aucklander Chris Harris and his wife Juliet opened the doors to the FreshChoice Epsom store near Greenlane Hospital six months ago with hopes it would thrive.

But, despite the beautiful fit-out, full supermarket range and a French cafe and bar attached, the dream has been anything but.

"It has been tough from the start with problems with the build, security issues with people shoplifting and then the other night people tried to break into the place with a hammer so it looks like we have three bullet holes in the door," Harris said.

"We are right on the corner of Greenlane Hospital and you would think people would notice we are here but we haven't had the awareness from the customers we hoped for." 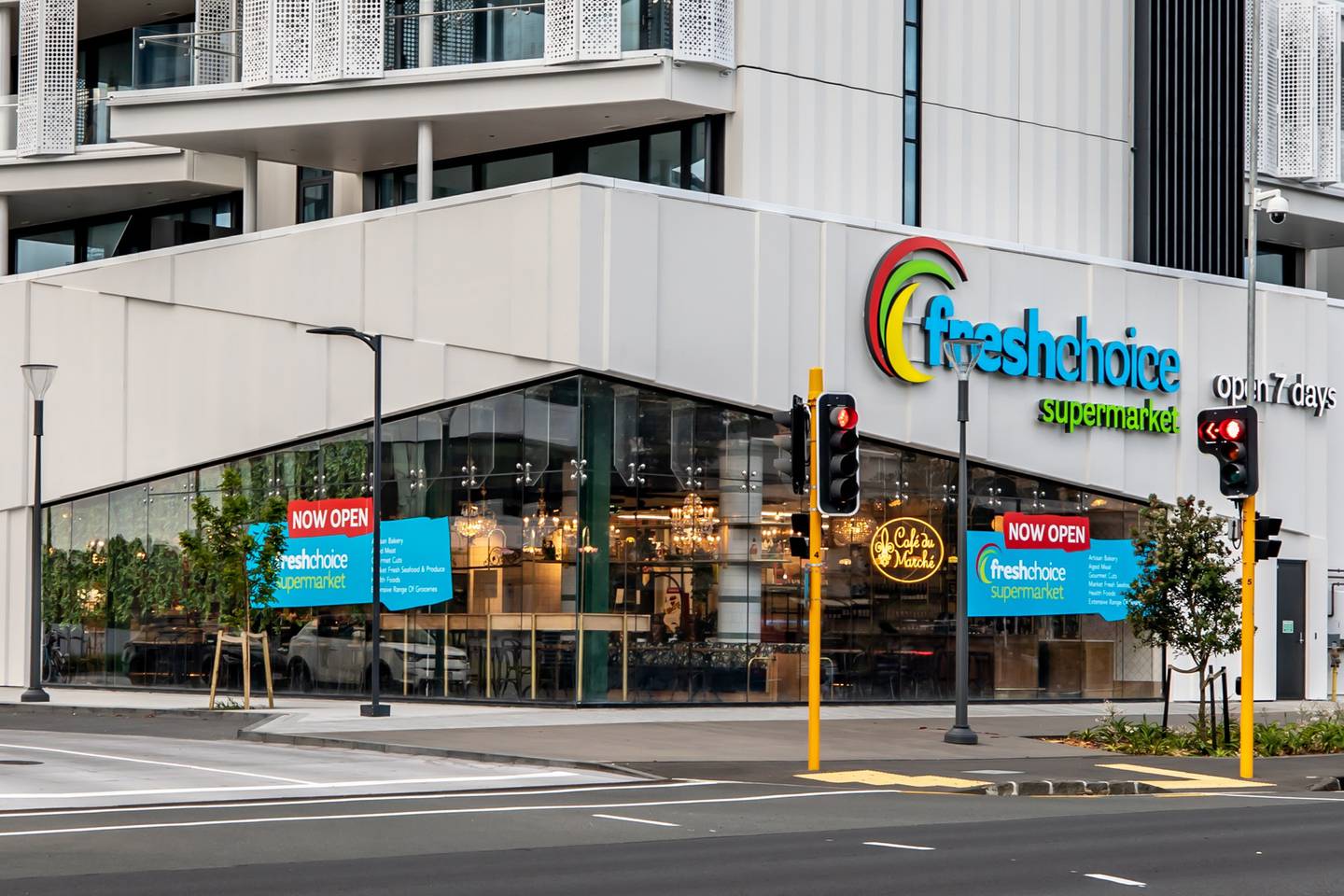 The supermarket on the corner by Greenlane Hospital has had issues since it opened in November. Photo / Supplied

This week, Harris' daughter put a plea out on social media to support her dad.

Sarah Harris explained it was her father's long-held dream to open the store.

The pair have run a successful FreshChoice in Half Moon Bay for 12 years.

"My dad is 70 and instead of winding down like most people his age he's working 80-hour weeks, no days off and you'll see him doing everything from the checkout to the dishes in the cafe," Harris said.

Sarah Harris said her dad "loves supermarkets and the idea of feeding people".

"And his store is beautiful! It's got a great range, speciality foods, it's eco-conscious and sharp pricing – Whittaker's big chocolate bars are only $3 this week."

The post got the attention hoped for, with hundreds of supportive comments and it was shared more than 1000 times.

Chris Harris noticed the support in-store as well, with great feedback and promises to return.

"We know we have got a great place with a full supermarket offering, we just have to get people to realise we are here," Harris said. 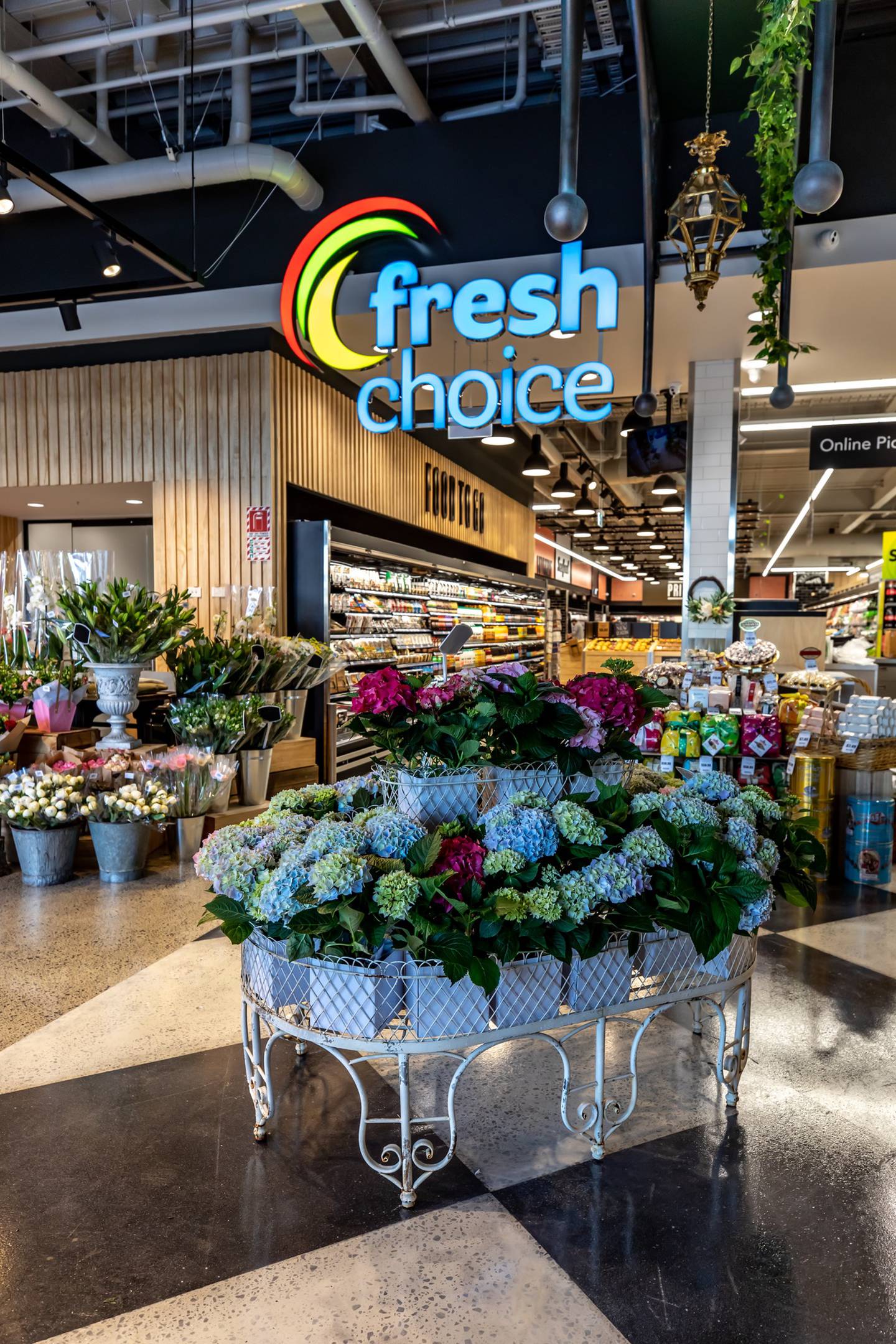 FreshChoice Epsom has everything from flowers, fresh food and groceries, and a restaurant. Photo / Supplied

As well as a full supermarket with fresh fish, butcher, deli and grocery items, the store included the "Cafe du Marche" French-inspired cafe/restaurant.

The upmarket restaurant is fitted out with antique French chandeliers and has a menu for breakfast, lunch and dinner.

There are cocktails and an extensive wine list including Man O'War and Craggy Range.

"We have also said to the locals they can use the cafe for functions to get back to what they were doing before Covid," Harris said. Cafe du Marche has everything from rack of lamb to pizza. Photo / Supplied

"We provide it free and do free finger food and they just pay for the cash bar."

Harris said despite the tough start, the supermarket was committed to supporting the local community.

"We have given food hampers to the local schools to auction off and have supported those in need.

"We also have a community fund schools and groups can apply for to help with trips and events."

Harris said all of the staff lived locally and the business buys local produce where it can.

"We are big on being local and giving back to the local community.

"We just need to keep working like hell to make the standards and hope people like us and come back."