"I don't think it's helpful for the Prime Minister to be criticising struggling businesses, she should stick to her knitting," Goldsmith said.

Rather than getting angry, Ardern should be "better focused" on the Government's plan to grow the economy, he said.

The reference to Ardern's knitting was a metaphor, Goldsmith said.

Yesterday, The Warehouse Group said more than 1000 jobs would be cut in a proposal that would close six stores and reduce numbers at its headquarters.

This morning, Ardern said she was "angry" at the country's biggest retailer for axing more than 1000 jobs after promoting itself as being "in the community and for the community". 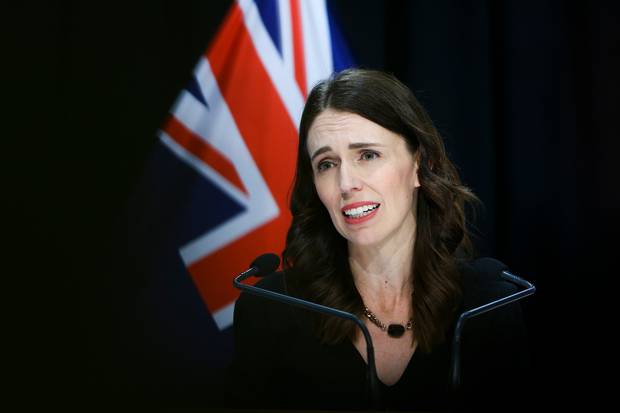 Prime Minister Jacinda Ardern said she was angry at the Warehouse's job cuts. National told her to 'stick to her knitting'. Photo / POOL

Goldsmith also criticised the Government's plans for recovery from the Covid-19 crisis, saying their growth plan seemed to be debt-fueled spending on a colossal scale while waiting for a vaccine.

"We need more than that."

Meanwhile, Independent economist Cameron Bagrie said Ardern "overstepped the mark" when she said she was angry with the Warehouse over the job losses.

"Businesses are dealing with tough economic times," he said.

"If that means they [businesses] need to cut costs to recalibrate for a different economic environment then so be it."

He said there is a big structural shift going on in the economy at the moment – "I don't think consumers are going to be out their spending like they were pre-Covid-19".

The National party has announced if it was elected in September it would give businesses a $10,000 cash payment for hiring a new full-time worker, for up to 10 employees.

It also said it wanted a $100 million tourism fund to back new projects to inject life into the Covid-hit sector.