From the moment Nine and Fairfax announced their merger, it was clear that Stuff wasn't part of the plans for the future of the joint enterprise.

Speculation that the company would slice off the New Zealand arm has been confirmed by Nine chief executive Hugh Marks, who told the Sydney Morning Herald on Monday that a formal sale process for Stuff would begin in the next few months.

Marks did not specify who the business would be sold to, but did say there had been interest from a "broad group of companies".

An independent adviser report by Grant Samuel at the end of last year estimated that Nine may be able to get around $115-$135 million from the sale of Stuff. The finance firm also noted that the Kiwi unit's operating performance is expected to keep declining in the short- to medium-term until its transformation beds in, providing it's successful. 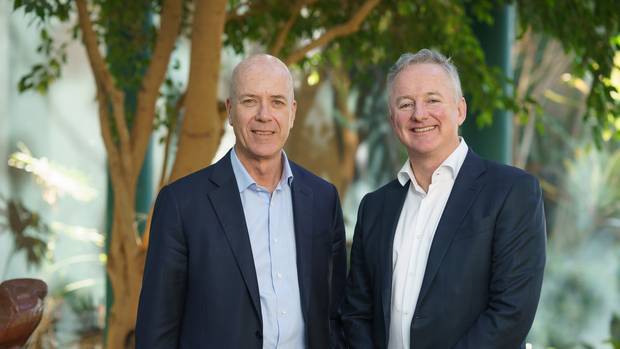 The company, which employs approximately 1000 staff, has been grappling with the declining trajectory of print advertising and accelerated efforts to transfer more of its business online, despite the legacy businesses still delivering the bulk of its revenue.

Alongside the stuff.co.nz website, Stuff also owns digital platform Neighbourly and a number of print assets, including The Dominion Post, The Press, and the Sunday Star-Times.

While these businesses have grown, they still only contribute a small portion of Stuff's overall revenue.

This isn't the first time the slice away of Stuff from its Australian holding company has been raised as a possibility. In recent years, Stuff tried and failed to merge with rival NZME, arguing that a larger entity would be better placed to withstand the pressures from online ad giants such as Google and Facebook. However, the Commerce Commission didn't believe the leaner business was in the public good if it also led to fewer voices in the media. The regulator's view was upheld by the High Court and Court of Appeal.

At this stage, it is unclear whether NZME has further appetite to try again or whether Nine would be interested in an overly complicated sale, which could again lead to Commerce Commission rejection.

FNZC managing director Arie Dekker previously suggested that Stuff might be tempted to look elsewhere within New Zealand for a potential suitor.

"A merger of the Fairfax NZ business with MediaWorks would add diversity, with Fairfax combining its print assets with the radio and television assets of MediaWorks," Dekker previously told the Herald.

MediaWorks indicated its local ambitions recently by merging outdoor advertising company QMS into its business in a deal that created an entity offering radio, television, digital and out-of-home advertising options in New Zealand.

The addition of Stuff's news clout and large digital assets could add yet another appealing layer to the MediaWorks offering.

Such a deal would, however, be tougher to get past the Commerce Commission, which has already shown a strong tendency to protect media plurality. While Newshub doesn't have the size or strength of the Herald, it does play an important role in adding another voice to the news cycle and there's no guarantee that the Commerce Commission would be willing to have this swallowed up by Stuff.

The only thing certain at this point is that the New Zealand media environment is set to look very different within the next few months.