Max Key has made a splash in the hot Auckland property market, revealing that he has sold his first property development.

The son of former Prime Minister Sir John Key shared before and after photos of the Glen Innes property, which he transformed from a single house to three townhouses.

Saying it has been a "crazy 18 months", Max Key took to social media to share his success and hint at what else he planned for his burgeoning property empire.

"They say the first project is always a challenge and boy were they right!" Key wrote. "But after hours of blood, sweat and anxiety-ridden tears, I can proudly say we've sold our first development and are progressing into bigger and better things.

"On reflection, this project not only taught me about the intricacies of the industry but the qualities within myself. Thank you to all the contractors, family and friends who supported us throughout, I can't wait to see what the future brings for MTK Capital! Onwards and upwards!" MTK Capital is one of a series of companies owned by Key, who last went public with his property moves when he bought a $1.4 million home in Mt Albert, purchased with help from his parents.

Sold at auction in June last year, the property went for 22 per cent above CV, leaving the vendors in tears of happiness. Key said he had shed blood, sweat and tears on the project. Photo / Facebook

Photos of the Glen Innes development show how Key transformed the ageing home into three smaller dwellings, each boasting a modern look.

The Glen Innes area has undergone rapid change in recent years as old state housing stock was ripped out and replaced and new buyers bought into the suburb, which sits next to the posh suburbs of St Heliers and Glendowie. 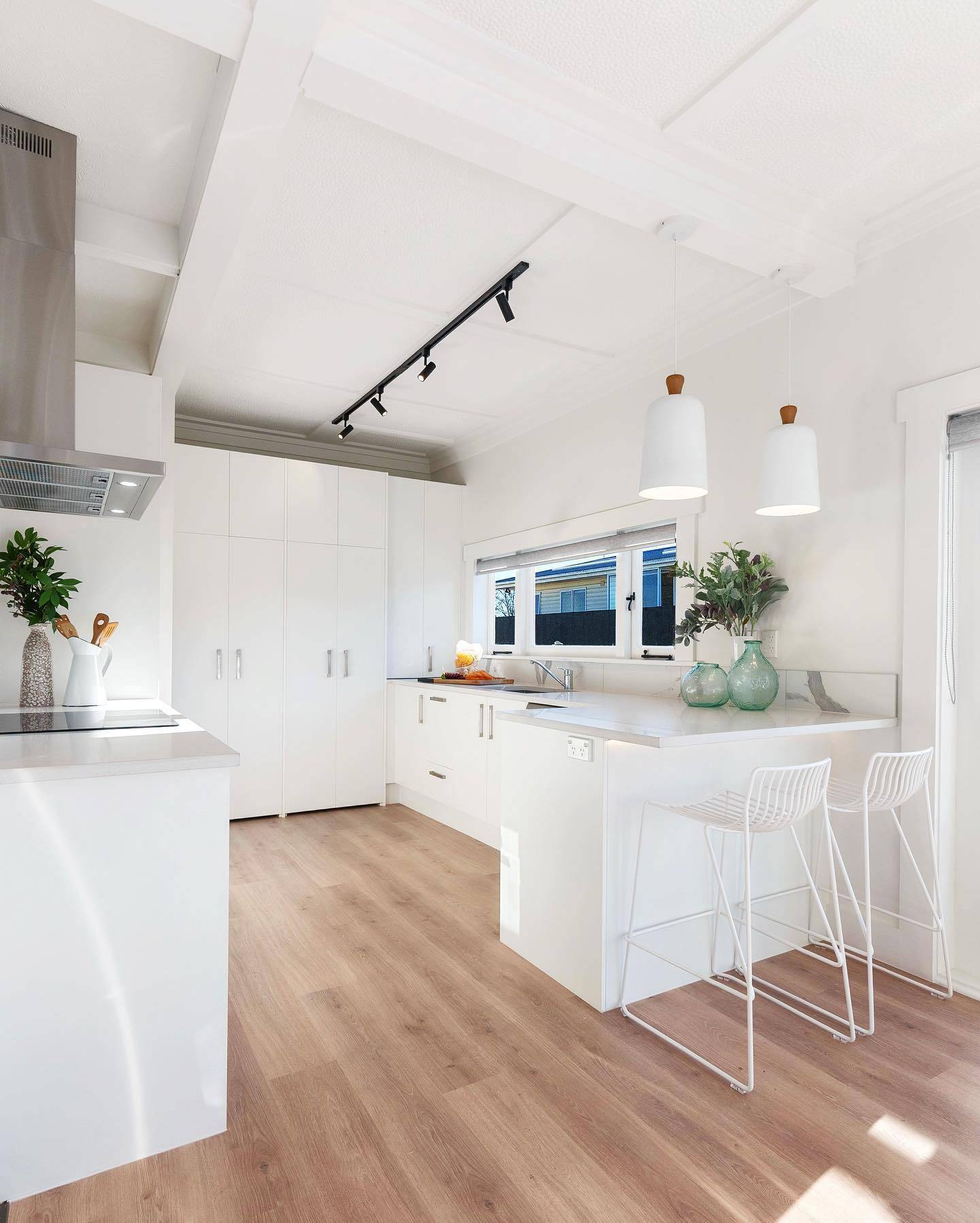 The three new, modern homes replaced the one existing house on the large property. Photo / Facebook

But banking economists said based on monthly changes, the market was heading down.

ANZ economists Sharon Zollner and Finn Robinson said: "Annual house price inflation is past the peak and on a monthly basis, November price gains were the second-lowest we've seen since the end of lockdown in 2020.

"Housing headwinds are starting to be felt and we expect that house prices will struggle to grow much further as we head into 2022. We're not yet forecasting any significant declines in house prices, but it's a downside risk that is well within the realms of possibility as mortgage rates rise and tighter regulations reduce lending growth," they said.