Major changes have been announced today for services including the busy Devonport commuter route - but questions linger over the Waiheke service.

After pressure from the public and central Government over high fares, Fullers360 and Auckland Transport today embarked on a new public-private ferry partnership.

The agreements will affect more than half of Auckland's ferry passengers - those using the Devonport, Hobsonville, Half Moon Bay and Gulf Harbour services.

Auckland Councillor Chris Darby started a petition in 2019 calling for central Government to intervene over "unexplained delays and cancellations" with Fullers services.

The Devonport to downtown Auckland route will now be integrated into AT's ferry network, meaning the service will no longer be privately-operated.

"This is a landmark move," Darby said this afternoon.

"You'll see fully-integrated fares. The outcomes today are not the same for Waiheke and Devonport. We've got further work to do on Waiheke," he added.

"Those two services have always been integral to Auckland's public transport network but they haven't been fully integrated." 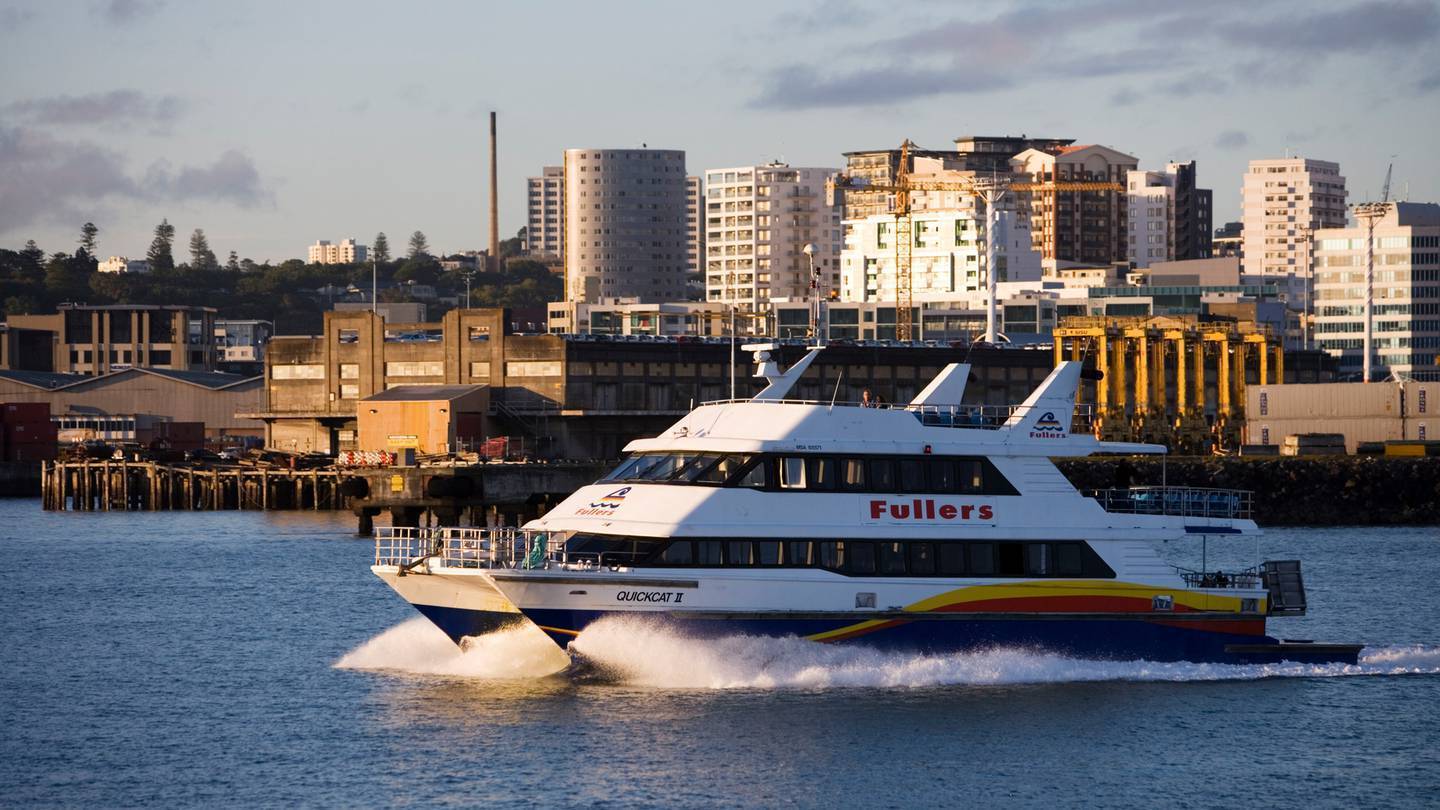 On what the announcement meant for commuters, Darby said "fare correction" could materialise in future.

Darby said many people had been frustrated for ten years or more with the quality, reliability and pricing of Auckland ferries.

"Michael Wood has become exasperated ...That's why he signalled that he is instigating a process by which the Waiheke service will have its exemption uplifted," the councillor added.

"He was asking AT and Fullers to come to the table and negotiate an outcome....He put a blowtorch on."

Darby's petition to bring Devonport and Waiheke services under public oversight attracted more than 5,500 signatures - and the support of fellow councillor Richard Hills.

"It's what people have been asking for for a long time," Hills said this afternoon.

"It essentially now means it's not a commercialised service, it's a public service," Hills said of the Devonport ferry.

He said the deal meant the public through AT would have more influence over boats and timetables, Hills said.

AT said the Waiheke Island service - which currently cost up to $46 return for an adult or $403 for a monthly pass after short-notice price rises of 8.4 per cent to 10 per cent that kicked in on July 1 - would still be exempt from contract regulation.

But it would have minimum service levels in a "quality partnership agreement".

'Small wins, but nowhere near enough'

"While AT has managed to negotiate some small wins here, it's nowhere near enough for the affordability and service provision Waiheke and Auckland deserve," Swarbrick told the Herald.

"The Waiheke route now remains the only one in the city that is considered integral to the public transport network but excluded from the same rules that govern price and service for every other route."

But the Green Party MP was confident the Waiheke route would still eventually come under council regulation.

She said she'd spoken with the Transport Minister about the issue.

"That's what my constituents deserve and have waited more than ten years for," she added.

Waiheke passengers should be able to access the discounted AT HOP adult monthly pass in the coming months, but an exact date is yet to be announced.

"Following the impact of Covid-19 on our business, solidifying a long-term partnership with AT means that we can continue to invest and pursue other new innovative solutions such as hydrogen-powered technology."

AT's Darek Koper said the move to AT procuring new electric ferries would speed up the transition to an all-electric and electric-hybrid ferry fleet.

"Passengers travelling on services like the Devonport route will be some of the first to travel on the new electric and plug-in electric-hybrid ferries, which will be comfortable, quiet and will deliver a fantastic experience for our passengers," Koper said.

Auckland Transport interim chief executive Mark Lambert said the partnership represented a shift in how AT procured its ferry services.

"Through this successful joint negotiation for a public-private partnership, we're moving to a model of public ownership of Auckland's strategic ferry assets with its ferry fleet to be increasingly owned by Aucklanders, for Aucklanders, which is 12 years earlier than previously anticipated as a result of the negotiations" Lambert said.