The board of listed company DGL Group, whose chief executive Simon Henry is reported to have referred to My Food Bag co-founder Nadia Lim as a "bit of Eurasian fluff", has gone to ground in the ensuing uproar.

The ASX- and NZX-listed Melbourne-based company which Henry founded has failed to respond to several Herald approaches for comment from its chairman, and to speak to Henry.

In an interview with NBR, while comparing the public float of his chemicals company with that of My Food Bag, Henry is reported to have said: "I can tell you, and you can quote me, when you've got Nadia Lim, when you've got a little bit of Eurasian fluff in the middle of your prospectus with a blouse unbuttoned showing some cleavage, and that's what it takes to sell your scrip, then you know you're in trouble."

The only image of Lim in the prospectus is of her standing around a barbecue in a casual v-necked camisole top with jeans. The top has no buttons. 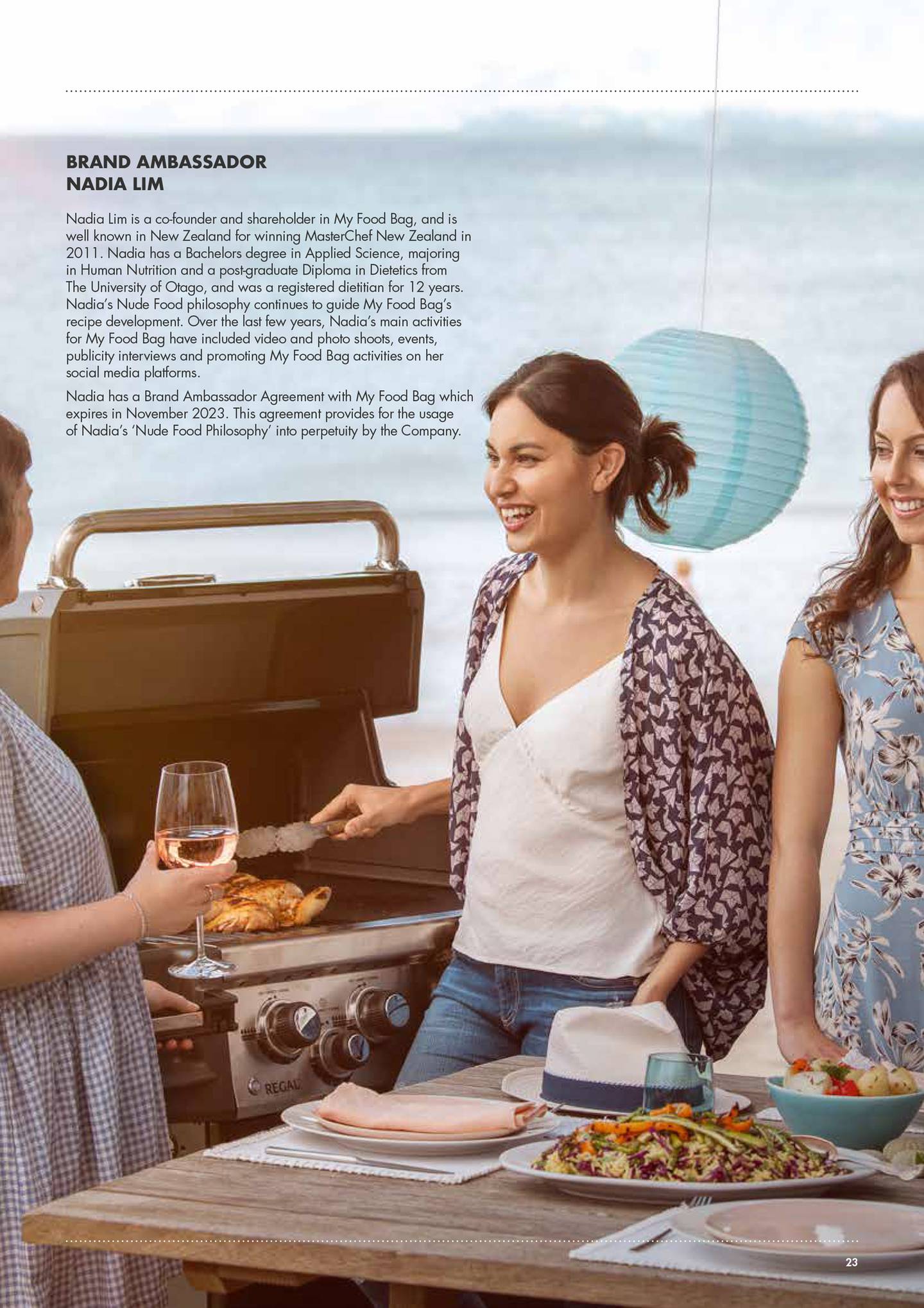 A spokesperson for DGL's New Zealand branch office, when asked for assistance to contact Henry and the board, responded that Henry was "travelling abroad and his schedule is fully booked at this time".

Herald efforts in Australia to contact Henry, and DGL chair Peter Lowe, got no response.

DGL independent director Denise Brotherton, the only woman on the company's board, did not respond to several Herald approaches for comment. McKinnon said the fact that Henry was both CEO and chair was something it did not see as a great idea.

Despite it being common in the US it was uncommon in New Zealand, she said.

"He owns about 57 per cent of the stock as well and I feel like a company that had a more independent board and structure probably wouldn't have a CEO who was minded to make those sorts of comments at all, let alone in public on the record."

Asked if he should resign, she said until Henry had stepped down Kiwi Wealth would not be able to invest in the company.

"It's a question for his board and chair, which is himself. I don't think he is going anywhere quickly."

Kiwi Wealth did not own shares in the company so it had not had to make an active divestment of the company.

"Adding it to the exclusive list ensures we don't hold it in the future either."

As to whether others would follow Kiwi Wealth's move, McKinnon said it was up to each fund manager to think about it seriously themselves.

"Every manager has a different responsible investment philosophy and take. We are very active with ours."

She said it was unusual for it to move straight to exclusion.

"If it was a larger company and we had a shareholding we would normally push for change rather than seek to exclude but we found the comments so abhorrent that we felt this was the most effective and quickest course of action."

McKinnon said it had more than 130,000 female investors in its KiwiSaver scheme.

"I think it would be hard to explain to them why you would be investing in a company where the CEO thinks in that manner around women."

Kiwi Wealth is the fifth largest KiwiSaver provider and manages more than $7 billion worth of assets on behalf of its members. 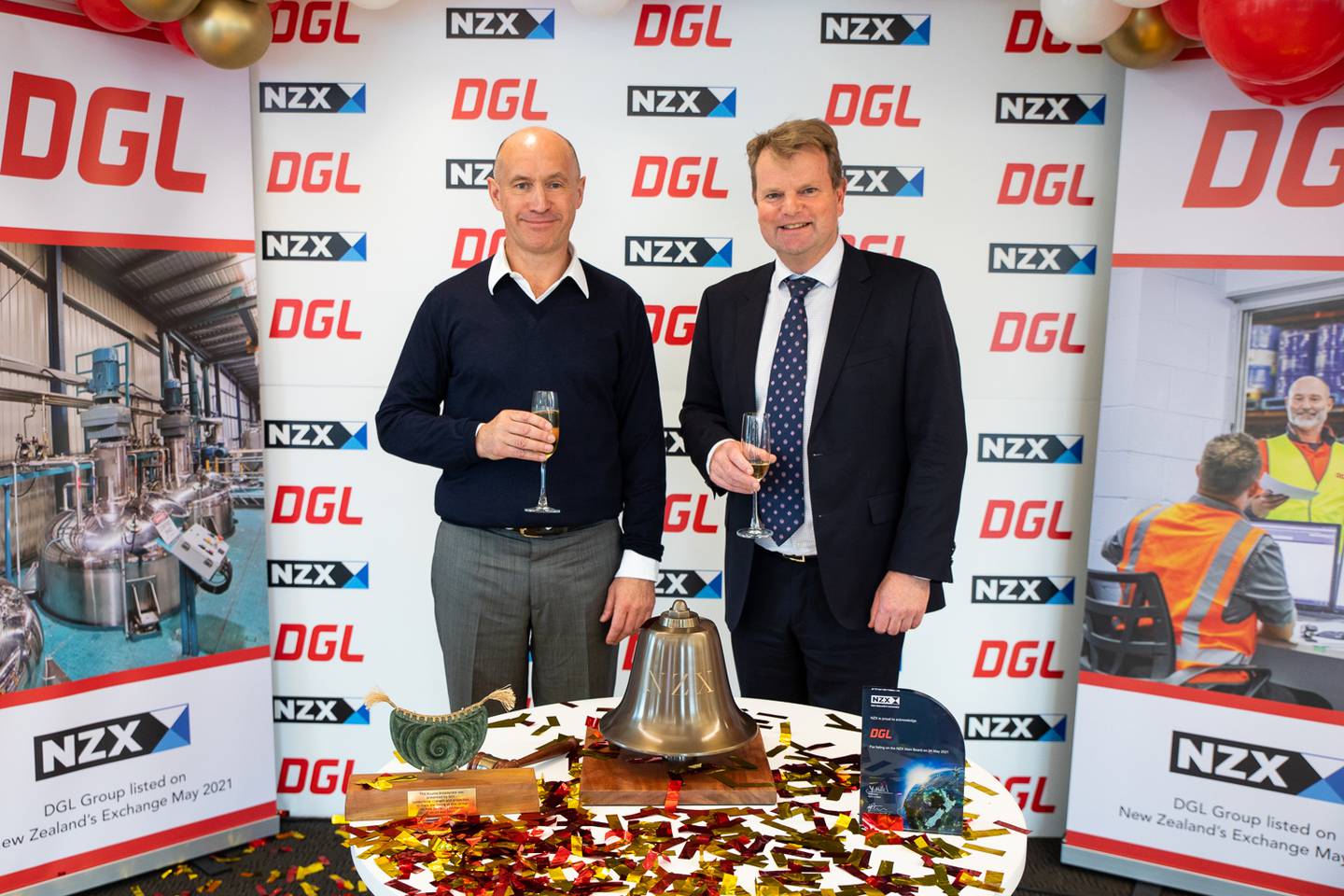 Sam Stubbs, managing director of KiwiSaver provider Simplicity, said it did not currently invest in DGL and would not in the future either.

"The CEO is entitled to his views, but not in his role as the head of a public company. He should keep his views to himself, and wallow in them.

"I was no fan of the My Food Bag IPO, but Nadia is nothing other than a successful chef and businessperson. So the comments made about her are just derogatory and barbarian. He should know better."

Stubbs said the NZX should also take action as he believed the comments were a breach of the basic principles of governance of a public company.

Institute of Directors chief executive Kirsten Patterson said there was no place in Aotearoa New Zealand for views that denigrated or belittled others based on their ethnicity, gender or otherwise.

"This applies to boardrooms, workplaces and elsewhere. Good governance and leading in the director space is about doing what's right by the company and all of its shareholders.

"The tone starts at the top, and this tone is not acceptable. Directors need to be mindful about the way they present their views and making inappropriate comments can have other ramifications, including negatively affecting their brand reputation, and may have trickle down effects in terms of workplace culture within the company or organisation."

Henry's reported comments have sparked outrage from commentators, including fellow My Food Bag co-founder Cecilia Robinson, who has described it as an "incredibly arrogant and stupid comment to make."

Lim responded to Henry's controversial claims and comments today, telling AM that while she can handle the backlash, she is concerned it may impact other Asian women in the business industry.

"I'm a tough cookie. I have had enough years and support to become resilient and confident.

"My big issue with it is, it saddens me how other people and women and women of colour and ethnic backgrounds might see themselves in those comments and how they would feel hurt," she told AM.

Lim has been a brand ambassador for the company but has not been on the board for more than six years.

My Food Bag's chief executive Kevin Bowler in response provided NBR with an emailed comment which only responded to the criticism of My Food Bag's IPO.

DGL dual-listed on the NZX and ASX in March last year after a $100 million capital raising.