The entertainer who assisted a prominent businessman’s efforts to try and stop an indecent assault complainant from going to court can now be revealed.

A New Zealand entertainer who helped a prominent businessman attempt to derail an indecent assault court case has avoided prison.

They can also now be named after a suppression order was lifted by Justice Geoffrey Venning today.

He was ordered to serve a period of 11 months' home detention after admitting two charges of attempting to dissuade and bribe an indecent assault victim from giving evidence against the businessman, just days before the rich-lister stood trial in February.

Mika smiled and shook his legal teams' hands at the conclusion of the sentencing.

The actor, who appeared in the Oscar-winning film The Piano, is well-known in the New Zealand arts scene. Recently he wrote, directed and starred in the award-winning short film GURL.

His Mika Haka Foundation works in schools and the community to help young people through the performing arts and physical culture.

The court heard he will stand down from the foundation, which has also changed its name.

Mika also briefly delved into politics and stood for The Opportunities Party in Central Auckland for the 2017 election.

He had previously denied offering a $15,000 cheque and future work opportunities to the complainant in Auckland during April 2017 and in May 2017 on the Gold Coast.

Mika was also charged with threatening the young man in September 2017 with a $250,000 defamation lawsuit and arranging for him to be out of New Zealand at the time of the trial. That charge was withdrawn by the Crown today. 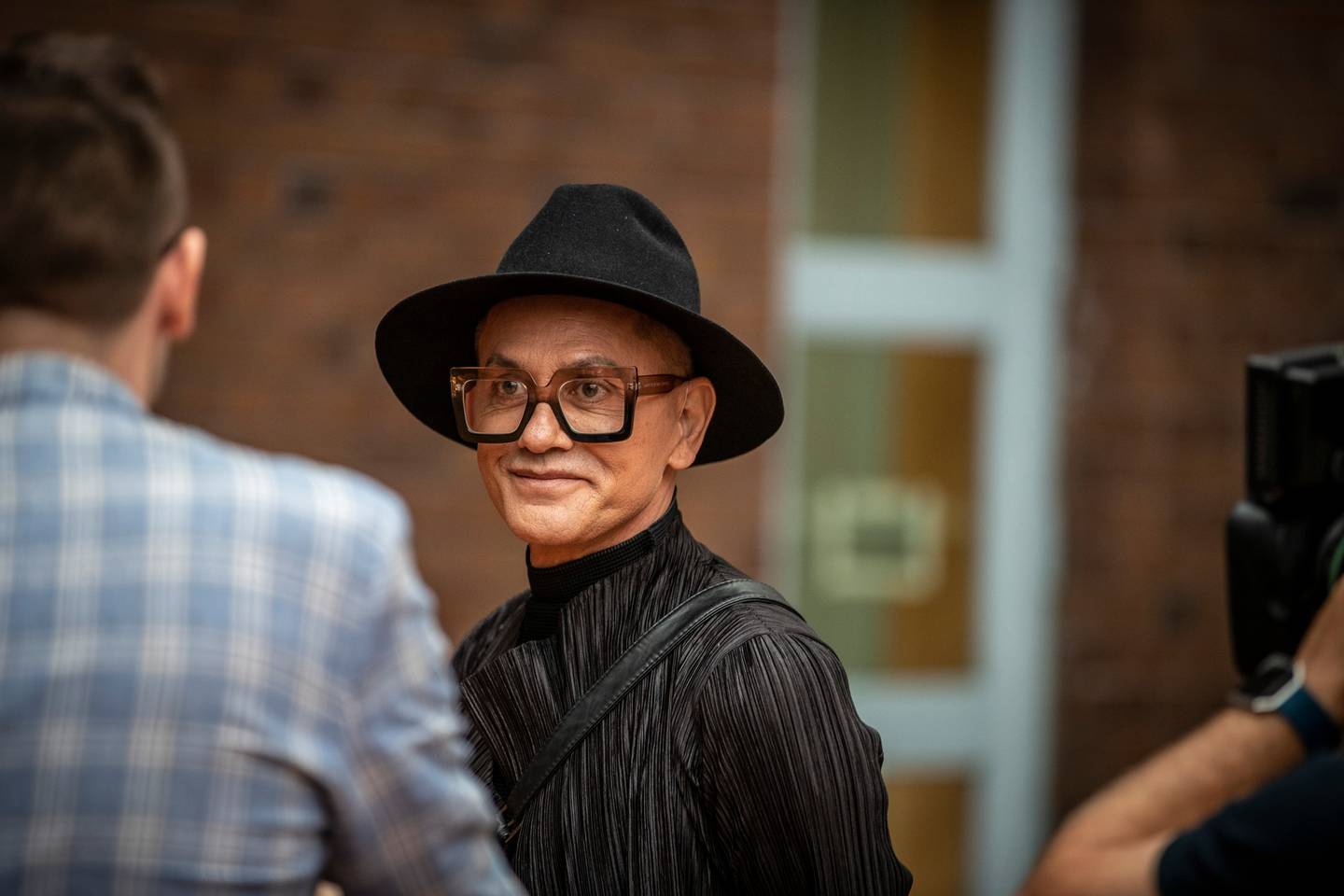 Mika's lawyer, Barbara Hunt, said her client has expressed his remorse to the community, to the court and to the complainant he tried to dissuade.

"He accepts he made a mistake and will continue to make amends as he serves his sentence," she said.

Justice Venning said Mika was involved in a "serious, ongoing and cynical plan" to stop a vulnerable victim from giving evidence against the businessman, whom the judge added was directing the plot.

He said the conspiracy, with "significant sums of money and the offer of significant inducements", was persistent with the purpose of helping the rich-lister avoid a trial.

Last week the rich-lister was found guilty of indecently assaulting three men in the early 2000s, 2008 and 2016.

He was also found guilty of two charges of attempting to pervert the course of justice for the April 2017 meeting and the Gold Coast plot.

The rich-lister's lawyer, David Jones QC, has said his client will appeal.

The businessman's manager was also found guilty for one charge of attempting to pervert the course of justice for the Gold Coast attempt. Both men continue to have interim name suppression and are due to be sentenced in May.

Mika was the person who introduced the victim to the businessman before the young man was later assaulted at the rich-lister's Auckland home in October 2016. 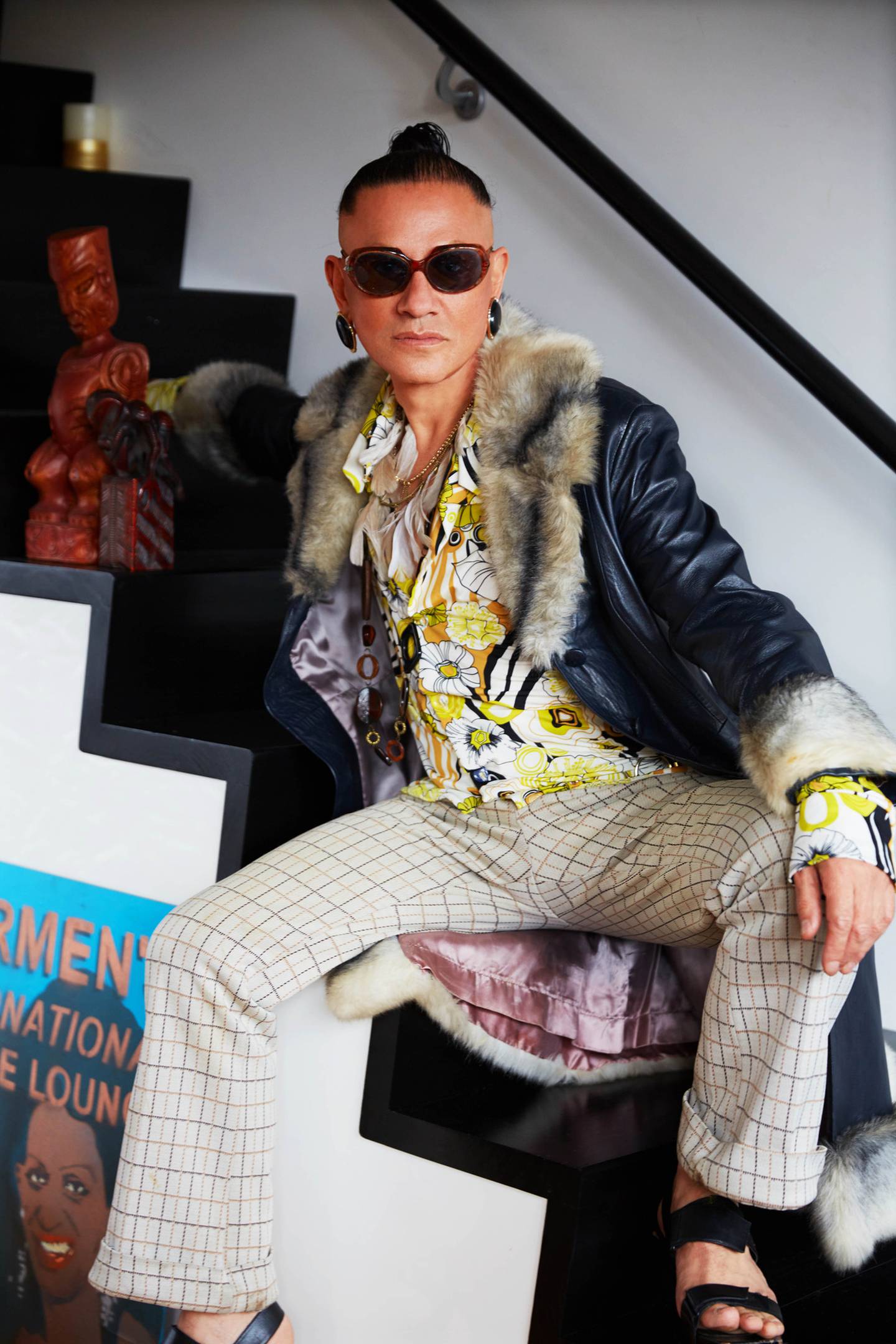 Mika X, previously known as Mika Haka, is the entertainer who tried to have an indecent assault victim retract their allegations against a prominent businessman. Photo / File

After the victim made a complaint to police, Mika was approached by a representative of the businessman who asked Mika for help and to contact the complainant.

A meeting was organised for April 2017.

"I think Mika might be trying to convince me to change my story," the victim told the court during the rich-lister's trial.

"I felt there was some connection between the meeting with Mika and [the businessman]."

At the meeting, however, the victim began covertly recording his conversation with Mika on his phone.

"Even if down the track I thought about suing for damages," the victim can be heard saying.

Mika replies: "What are the damages? What do you mean?"

The victim explains it would be for the psychological harm the businessman has caused.

"Can you sue for that in New Zealand? You can't, you can't at all … because that would be criminal," Mika said.

Mika talks about Chinese investors, a well-known Auckland lawyer who can help the victim withdraw his complaint and to "get in there and do the Mika fixing thing".

"Basically, I just think that sometimes the system is just so against you," Mika said.

"This way, you can make the whole thing, if you want to, disappear and then I can do my magic…"

Mika said he had "seen this happen before".

"It's not about money for damages, it's about money to empower you to be this great thing," Mika told the victim. 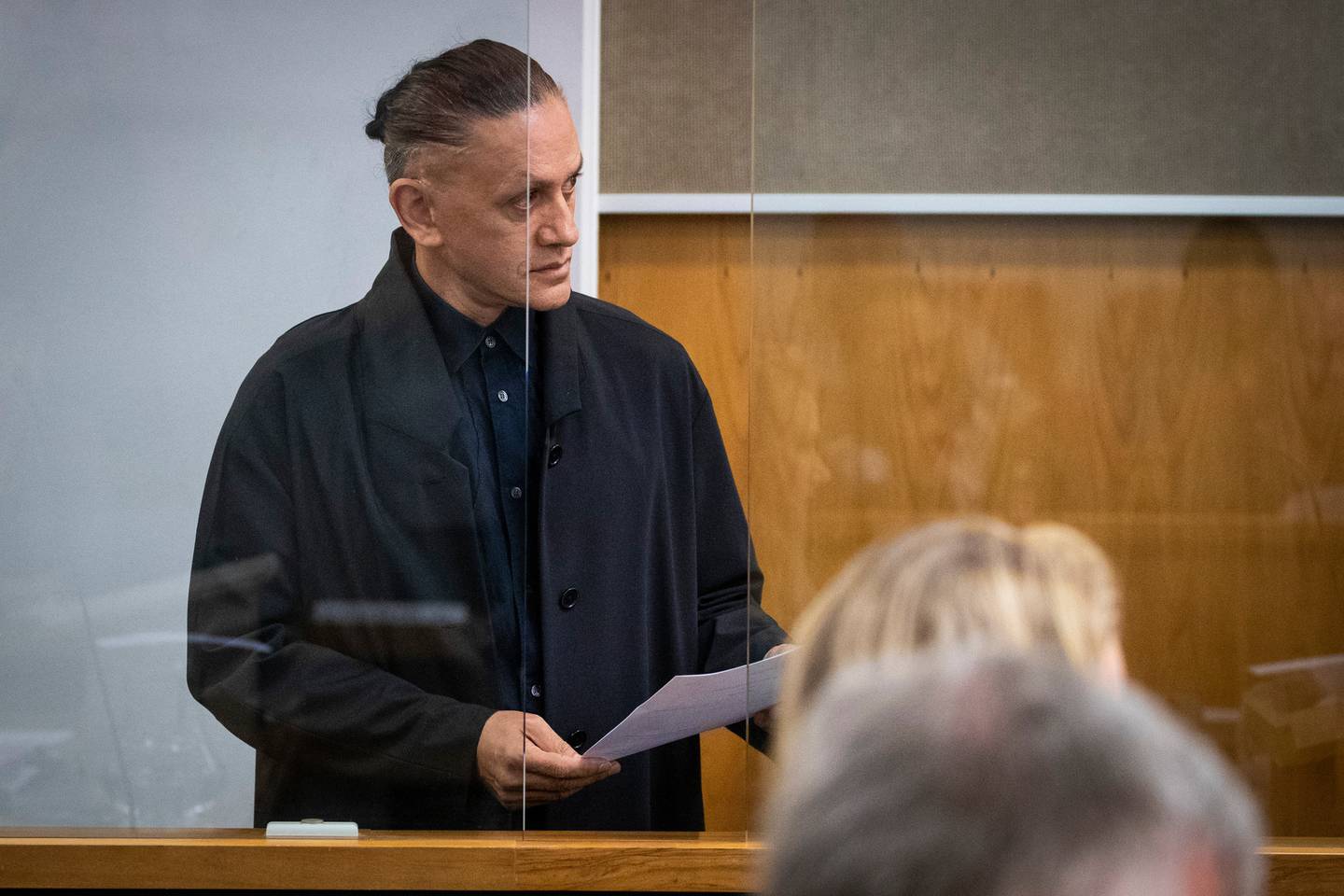 Mika also questioned the victim about why he was staying at the businessman's home.

As the victim begins to explain what occurred, Mika interrupts him and said: "I don't need to know actually, I don't want to know."

"You've made an accusation haven't you? Well if you want to withdraw it that's [the lawyer's] job, she'll go with you, like all the others.

The victim, however, said he was not seeking money and was more concerned about the businessman's abuse of power.

But Mika continued to try and persuade the victim.

He told the young man: "Absolve it, get rid of it, let's get you started on this career, and let me ascertain some funds from [the businessman] at some point - which won't be hard, I can assure you of that. 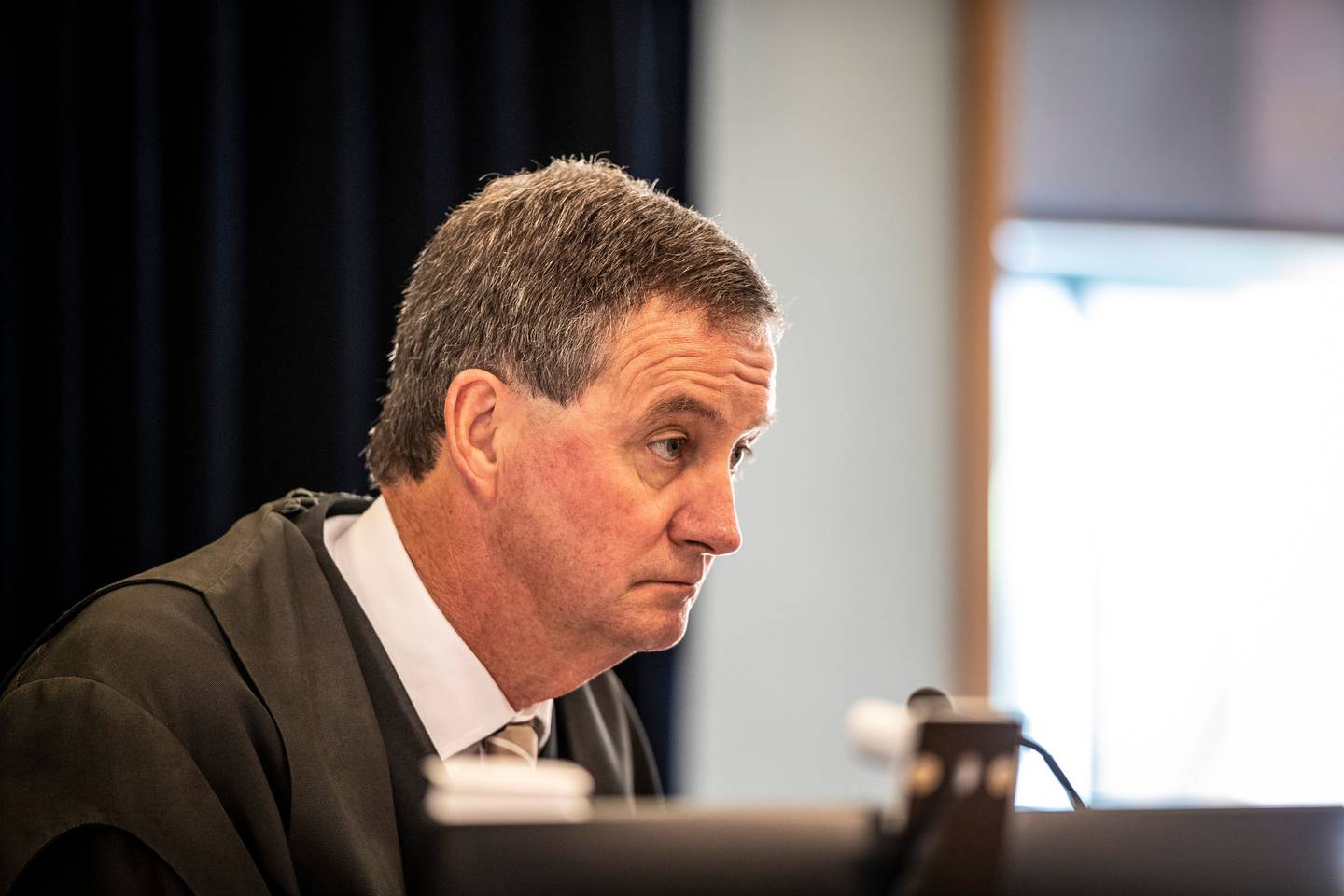 The entertainer also mentioned a "cartel" which would throw $100,000 "to just not have you there".

"I don't want that cartel to destroy that part of you," he said, referring to the victim's career.

Mika also offered the man a $15,000 cheque, which he said would clear once his allegations were withdrawn.

"That will clear and you can use it."

The court heard Mika told the victim: "He has enough money to buy people to survive."

A second attempt to stop the complainant in May 2017 would become known as the "Gold Coast plot".

The rich-lister sought the services of a PR firm, which was linked to a prominent political figure, for what he would tell the court was to manage reputational damage to himself and his business interests.

"[The political figure] was someone who was very good at solving public relations problems," he said. 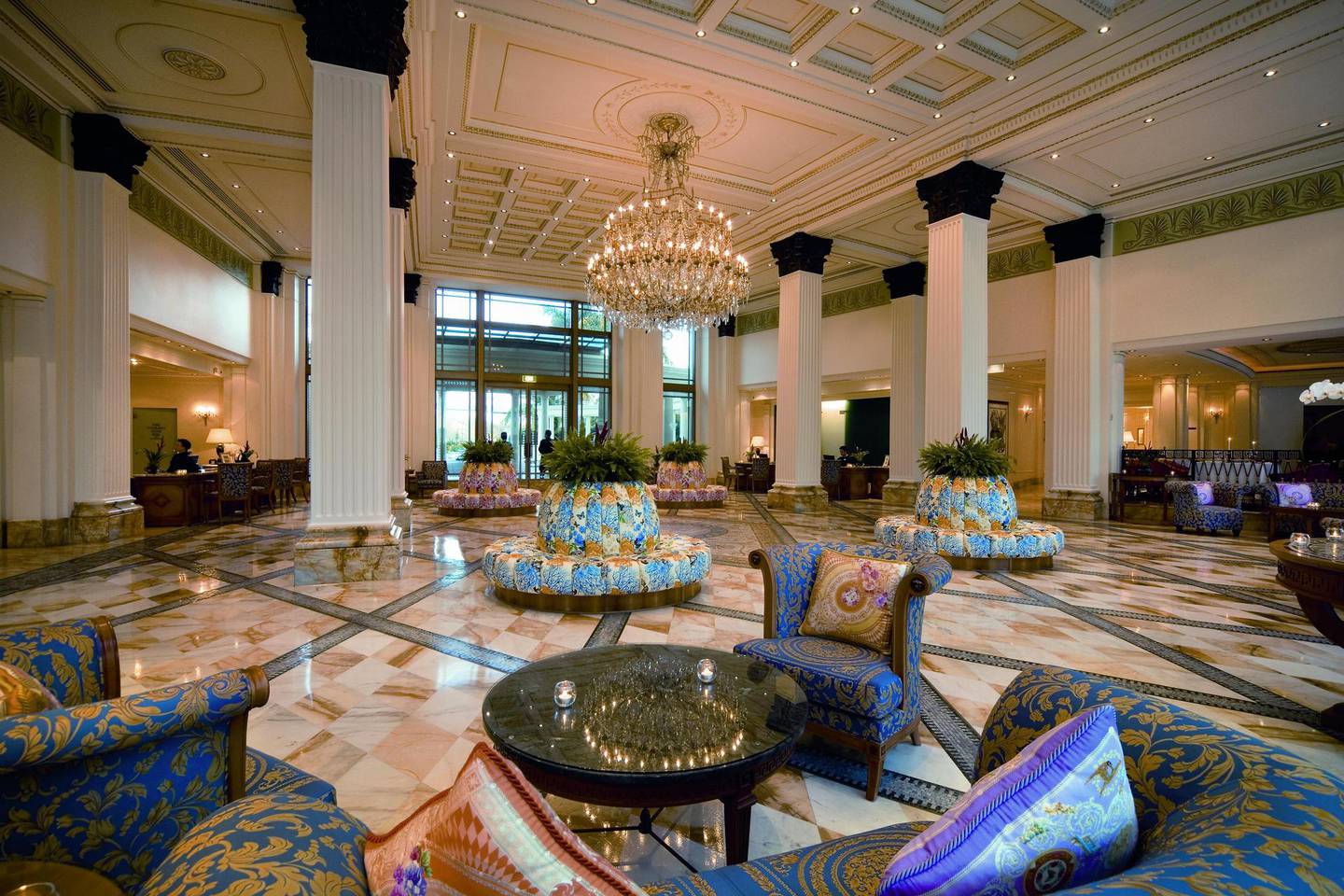 The political figure continues to have interim name suppression but the Herald can today report for the first time the firm is Goulter & Associates, run by Hamish Jevan Goulter.

Goulter, who is well-known in political circles, and his business associate and friend Allison Edmonds are the two witnesses granted immunity from prosecution by the Crown.

The rich-lister claimed to have heard rumours the complainant was on the verge of selling his story to the press in Australia, where his name suppression order might be ignored and unenforceable.

But it would be revealed as another attempt directed and paid for by the businessman, involving Mika and the businessman's manager, to have the complainant drop their allegations. 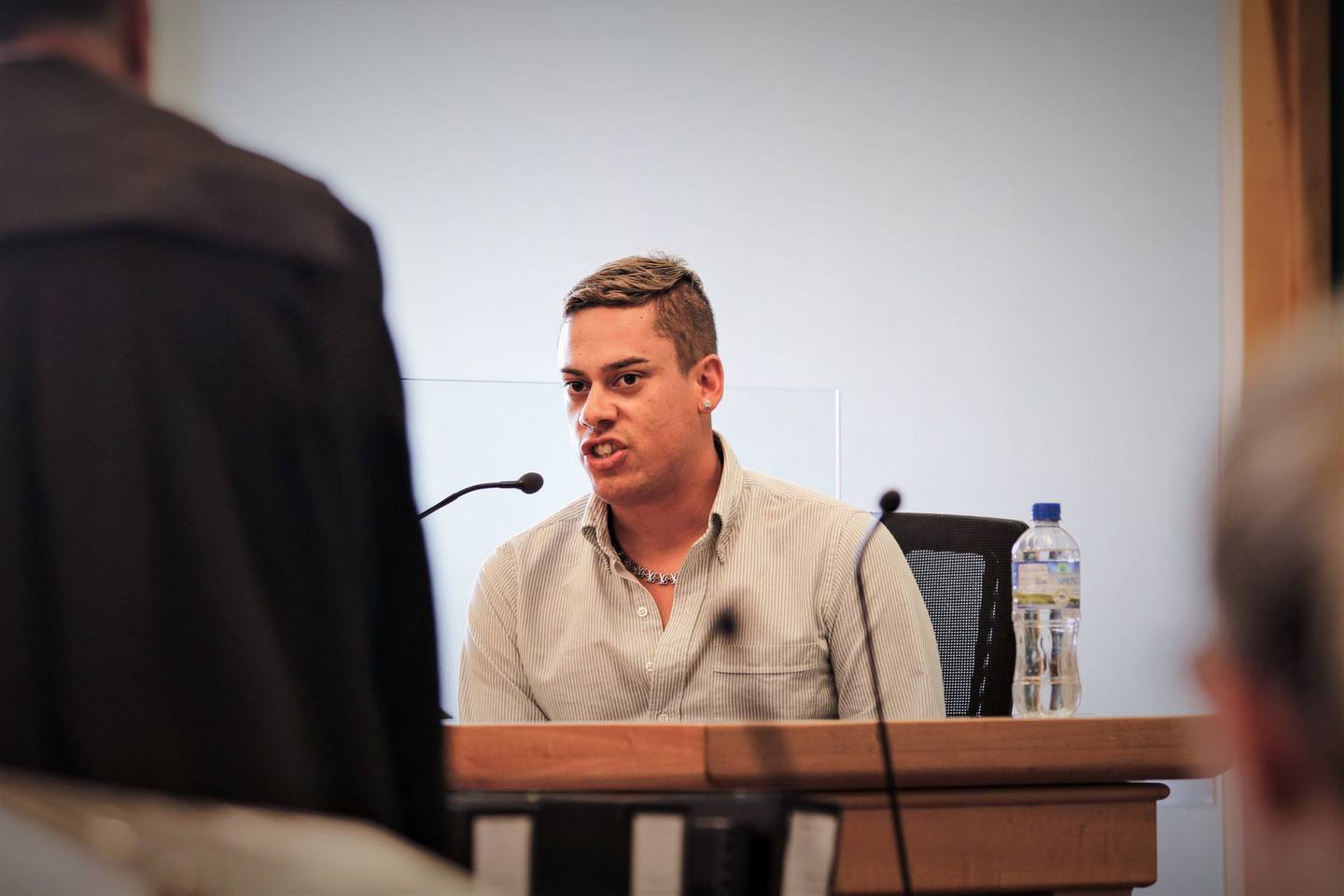 PR consultant Hamish Jevan Goulter was given immunity from prosecution in exchange for his evidence. Photo / Sam Hurley

Mika and Goulter met at the Sebel Quay West hotel in downtown Auckland.

"He had a benefactor involved in his foundation who needed some support," Goulter would tell the court during the trial.

A discussion was had about how they could stop the victim from testifying in court.

Goulter was then introduced to the businessman's manager by Mika at a TOP event.

At further meetings at a Ponsonby restaurant and cafe, Goulter said the manager would explain he needed to check decisions and money transfers with his boss before getting the green light.

Goulter and Edmonds - posing as New York talent agents - and Mika flew to Queensland where a meeting was organised with the victim at the five-star Palazzo Versace hotel.

A conversation between the PR pair and the complainant, on the balcony of one of the suites, was recorded by Edmonds.

There was talk of a large sum of cash being offered in exchange for the case against the businessman being dismissed. The young man told the PR duo he would consider dropping his claims for $750,000 but was informed for such a wild amount "a life could be taken".

The victim later told police about the effort to stop him from testifying. Allison Edmonds was also given immunity after being part of the Gold Coast plot. Photo / Sam Hurley

Less than 24 after returning to Auckland, Goulter, Edmonds and the businessman's manager met at Family Bar on Auckland's Karangahape Rd.

The conversation was recorded again by Edmonds. The tape emerged midway through wealthy Kiwi's first trial in March 2019 and forced Judge Russell Collins to abort the trial.

The recording begins with the manager explaining to the PR duo why Mika was brought on board - a business deal with the rich-lister.

They also talked about leaving Mika out of any future efforts to dissuade the complainant, after the entertainer was described as a "snake" with dollar signs in his eyes by the manager.

The manager said: "I've always been suspicious of him, I just thought be a mercenary, you know?"

At a later meeting on Princes Wharf the PR consultants met with Mika, who "had some sort of flow chart drawn up".

"He just wanted us to stick to one story, all of us," Edmonds told the court.