A long-standing Kawerau butchery owned by the town's mayor has been destroyed after a ram-raid and fire overnight.

Malcolm Campbell arrived at Campbell's Meats early this morning to find it on fire and a car through the front window.

Campbell said camera footage showed a car driving through the front of the shop, but he said it was hard to distinguish how exactly the fire started.

Two people could be seen running from the vehicle, he said.

"I got called out and arrived downtown here. It was full-on. 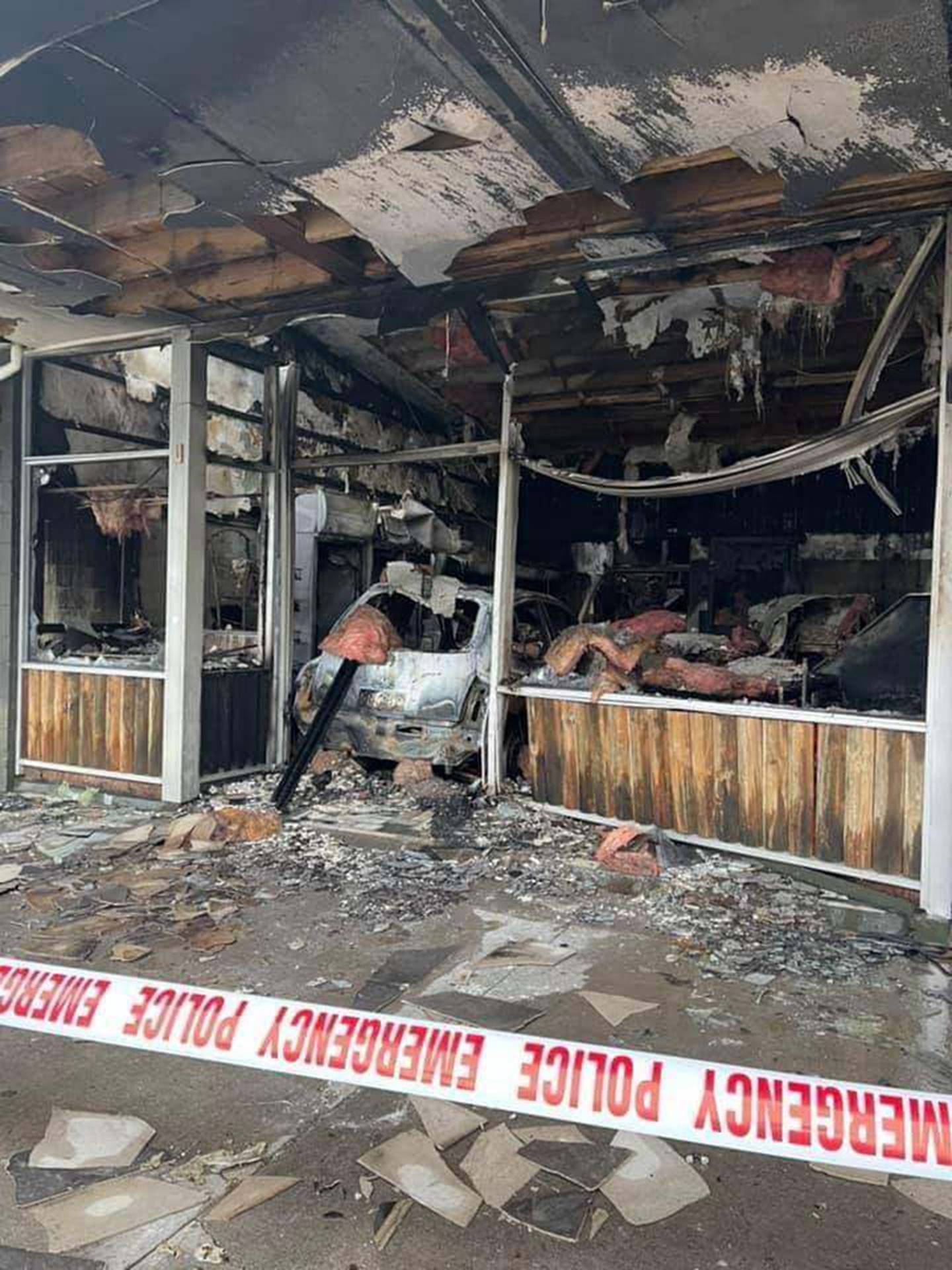 Campbell Meats in Kawerau has been destroyed by fire. Photo / Supplied

"Much to my disbelief there was a motor car parked in the middle of my butcher shop and it had caught fire."

Other businesses in the Kawerau building had not been affected, however, he said his shop was "an absolute mess".

"Everything from the front of the shop has completely gone. It's a bit unfortunate."

Some bugger drove into the local Butcher shop in Kawerau.
The local butcher happens to be the towns Mayor . pic.twitter.com/AIlGDRjOL2

Campbell has had the shop in Kawerau for 46 years and been mayor since 2001.

Staff, family and friends had been "very supportive" and were helping clean up today.

He said the vehicle was still inside the butchery.

Police said they were making inquiries to find the people involved.

They were called to the Onslow St store at 12.30am. A police spokesman said it appeared the collision was a deliberate attempt to gain access to the premises.

The building had then caught fire, he said.

Two offenders ran from the scene, one of whom appeared to be injured.

A Fire and Emergency NZ spokeswoman said four appliances were called to the fire and the building was well alight when crews arrived.

The fire was extinguished and hotspots dampened down by about 3.45am.

No one was reported to be in the building at the time of the fire, the spokeswoman said.

A fire investigator will head to the scene today.

People have taken to social media in support of Campbell and the butcher shop.

One said: "Sad to see a long-standing business hurt like this (also Malcolm, his wife and staff). Butchers are heart of the community people, and a essential supplier in the community."

Another posted: "Sorry to hear. Someone who has given everything to Kawerau."

Police said if anyone had any information about this incident or the people involved please call 105 and quote the file number 211007/6437.