A West Auckland man says he was left feeling sick after allegedly discovering maggots on a takeaway pizza.

However, Domino's Pizza, the outlet where Reginald Thalari says he bought the pizza, strenuously denies the maggots could have come from the store, going as far as to say it is "impossible".

On Tuesday afternoon, Thalari purchased four pizzas from Domino's Pizza in Avondale for his employees to enjoy after a hard day's work.

But it was after they had eaten a few slices that Thalari alleges they made a stomach-churning discovery.

In photos sent to the Herald by Thalari, a group of maggots can be seen on top of a piece of ham on a pizza. 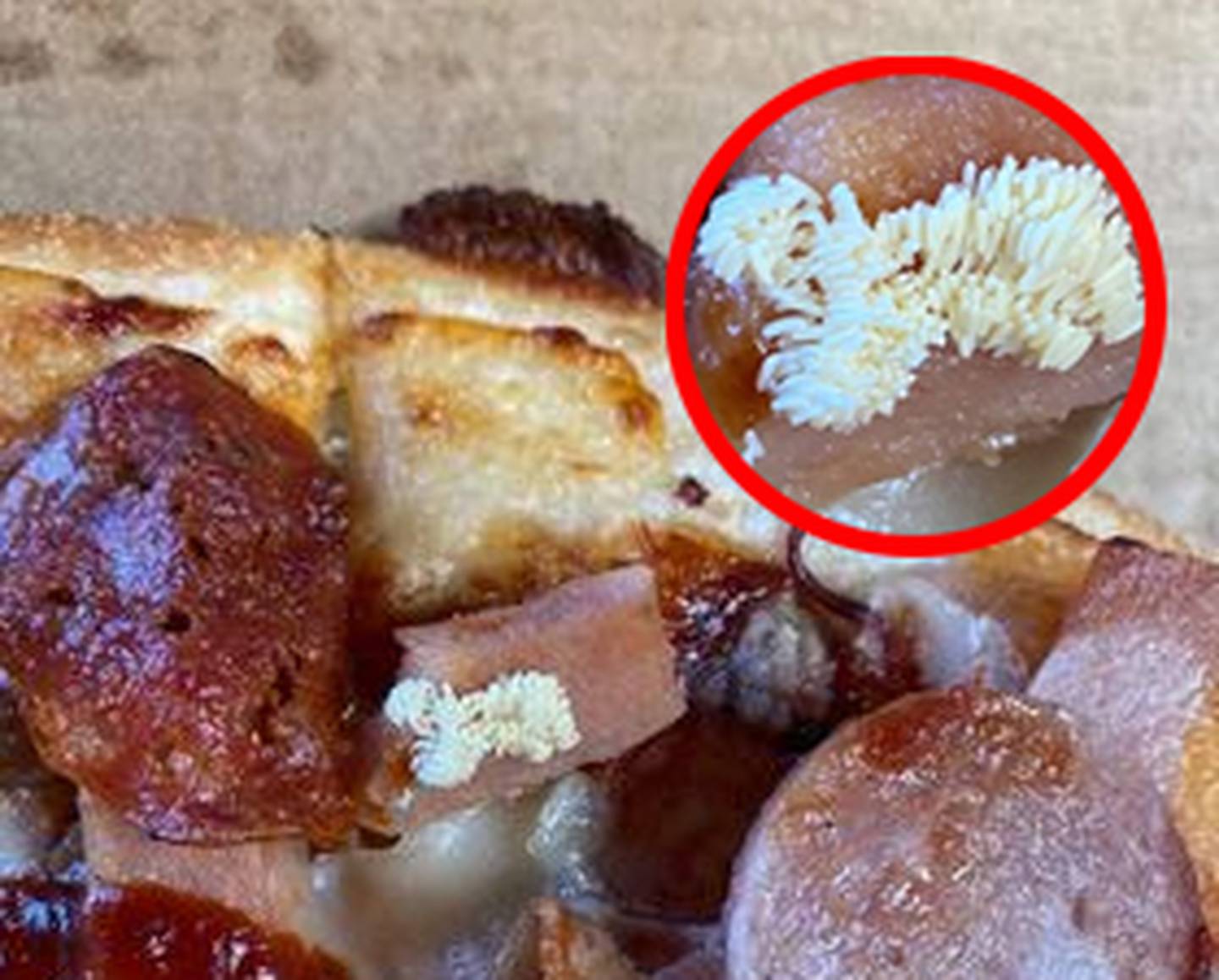 A man claims to have found maggots on his Domino's pizza that he ordered from a West Auckland branch on Tuesday. Photo / Supplied

"It was disgusting. We ordered four pizzas but when we opened the box with pepperoni we saw maggots on the ham.

"It was pretty disgusting. I felt like spewing, to be honest. If someone says would you like some pizza I think I'll turn them down next time."

Dozens of maggots were visible on the piece of ham.

In another photo, more maggots could be seen in and on top of the pepperoni pieces on the pizza. 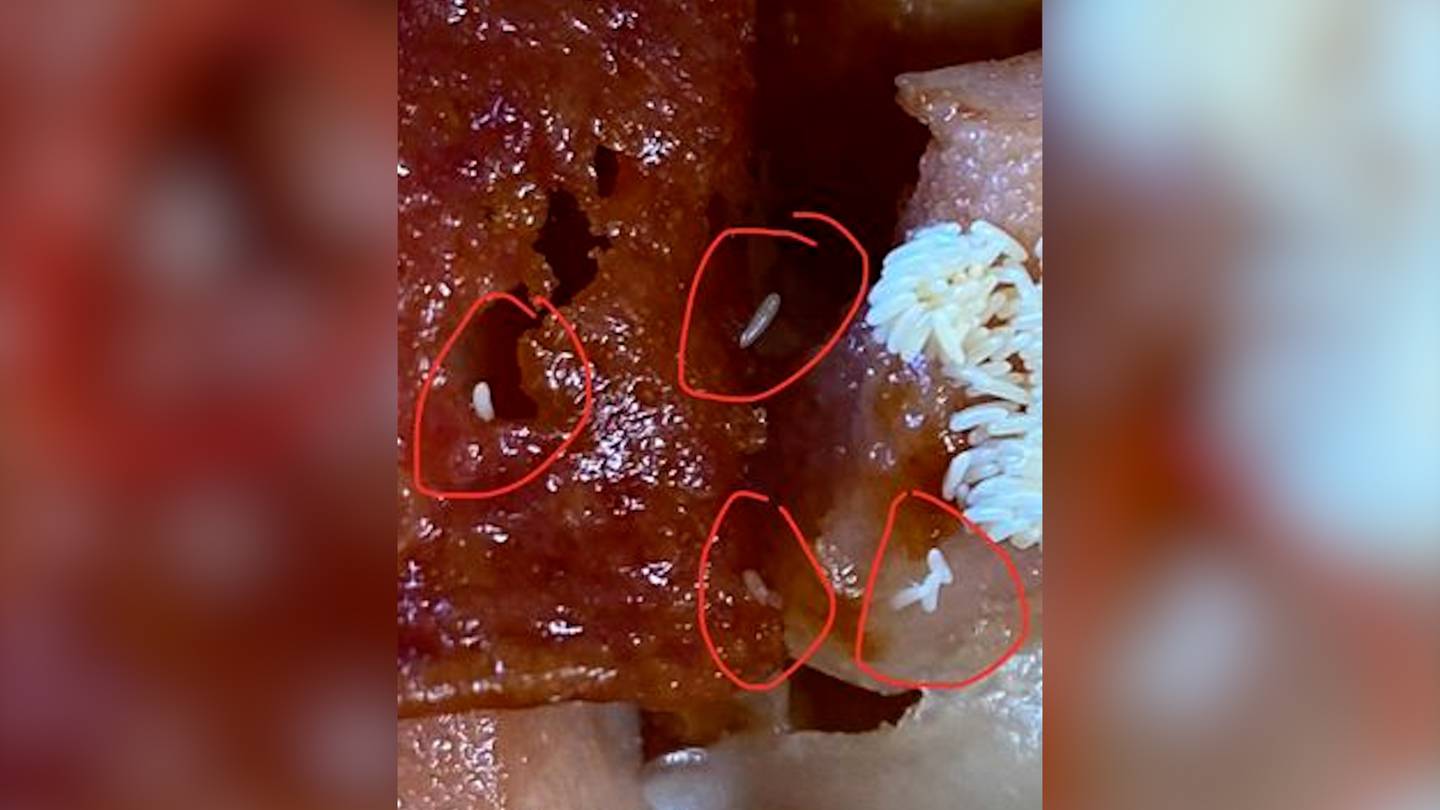 The man claims maggots were seen in the pepperoni and on the ham of his pizza. Photo / Supplied

However, a Domino's spokesperson told the Herald it is extremely unlikely maggots would have been in store pre-purchase, and said it would be "impossible" for eggs to survive the temperature of their ovens.

"Domino's takes food health and safety extremely seriously, and ensures these standards are upheld through regular audits and inspections of stores throughout the year," the spokesperson said.

"Once our pizzas are made fresh in-store, they are cooked in an oven that exceeds 250 degrees Celsius. They are then immediately boxed and delivered to the customer's door, or put in the hot box, which exceeds 80 degrees Celsius, until the customer arrives to pick them up.

"Due to the effect of heat on flies and their offspring, it is extremely unlikely that this situation occurred pre-purchase. In fact, it would be impossible for eggs or maggots to survive the extreme temperatures of our ovens.

"Unfortunately, at this time of year flies are out in full force across New Zealand. We urge customers to take care when leaving food uncovered during the warmer months to prevent these instances from occurring."

After Thalari discovered the maggots he sent his employee back to the store to complain. While he received a refund, he said Domino's refused to accept any responsibility and tried to palm him off.

"We took the pizza back to complain and spoke to the employee but we were told the manager wasn't around but to come back later.

"They gave me a refund but I wasn't concerned about the money. We went back the next day but again we were told the manager wasn't available."

He said the employee in store denied the maggots ever came from the store, and claims they didn't offer any type of apology.

Thalari said what left him fuming was the fact they never apologised for the mistake and called the customer service experience "poor".

A Domino's spokesperson told the Herald the company had acted in good faith by refunding the customer's order.

"Upon being notified of this situation, our store acted in good faith, fulfilling Domino's 100 per cent satisfaction guarantee by refunding the customer's order."

It's the second time in the past week Domino's has been in the spotlight.

Deep cleaning and pest control was called into a central Auckland Domino's Pizza store after an insect was found in one customer's pizza on January 8. A cockroach found on a Domino's pizza slice. Photo / Supplied

Peter Chao, who described the unidentified insect as a cockroach, said he bought the pizza from Domino's on Mount Eden Rd on Saturday night and found that a bug that had been baked in one of the slices.

Chao said he had diarrhoea after eating the pizza and was worried there were others who had also been sold pizzas with insects from the store.

"I am worried about what is happening at this place," he said.

A Domino's Pizza spokeswoman said it was sorry to hear about the customer's experience.

"Food safety is extremely important to us, and we follow rigorous standards including monthly professional pest inspections," the spokeswoman said.

"On review, we can confirm that this store was fully up-to-date with these inspections, with the last being conducted in late December 2021."

She said Domino's Mount Eden sends out hundreds of pizzas weekly and "to the best of our knowledge this is and isolated incident".

"Upon learning of this customer's experience, we contacted the customer directly and have organised a deep clean of the store, as well as for our pest control company to further inspect," the spokeswoman said.

"We will continue to investigate to ensure this doesn't happen again."