InternetNZ has named Vivien Maidaborn as its new chief executive.

Maidaborn, most recently chief of partnerships for Unicef in Vietnam, was chosen by the non-profit's council over acting CEO Andrew Cushen, who earlier told the Herald he had put his hat in the ring for the role.

Cushen has had a brief but fiery time in the role, taking pot shots at Netsafe over its watery new online safety code, compiled in concert with the major social media platforms.

Meanwhile, Jordan Carter, who quit as InternetNZ CEO in May after a decade in the role has taken up a new position this month as internet governance policy director for the organisation's counterpart across the Tasman, auDA.

Maidaborn, who was made a member of the NZ Order of Merit in 2019 for services to human rights and social entrepreneurship, graduated from Massey in 1982 with a BA in social work and social policy. Beyond various roles for Unicef, she has served as chair of Loomio, an online network for problem-solving and collaboration and was involved with Lifehack, an initiative that supported social entrepreneurship. 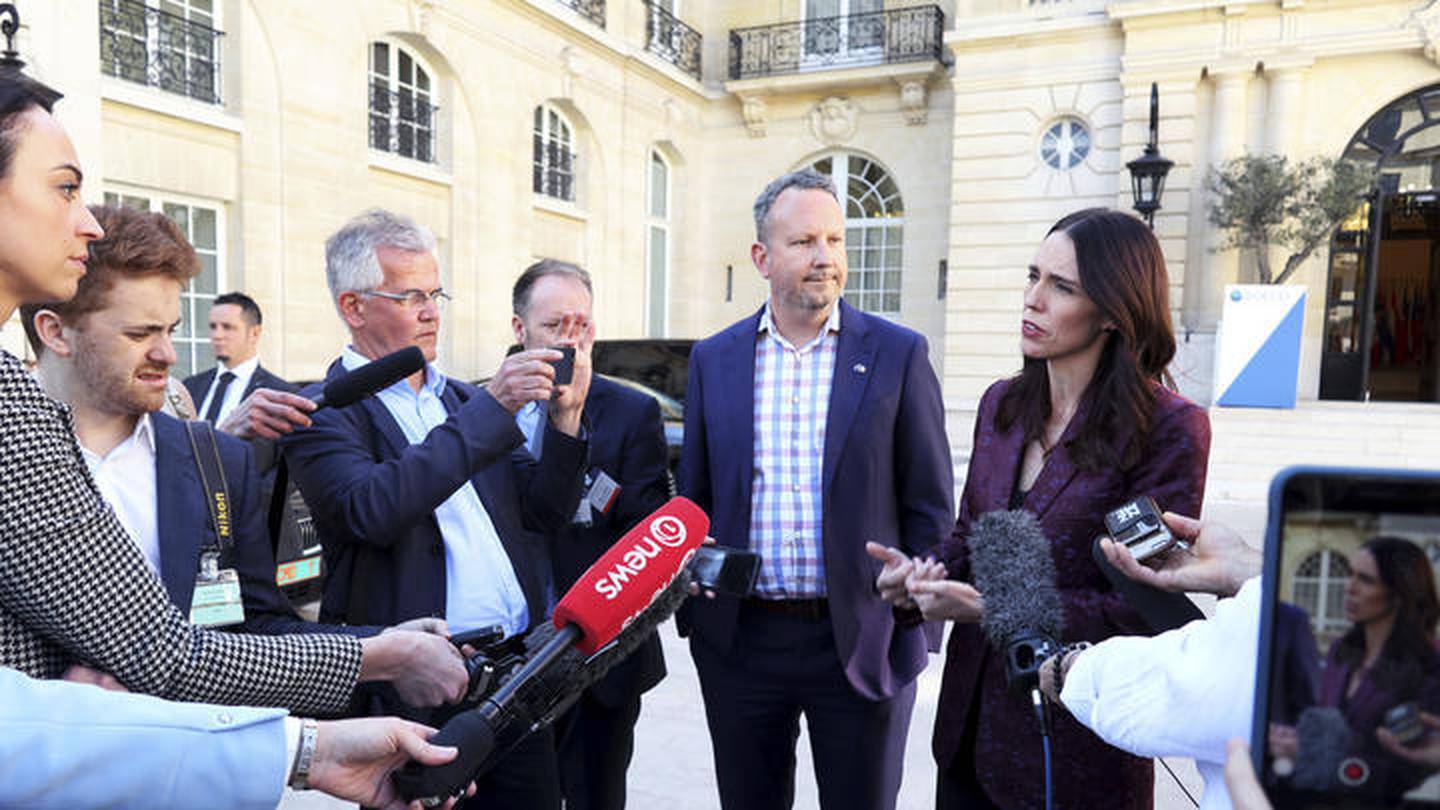 Long-time InternetNZ CEO Jordan Carter with Prime Minister Jacinda Ardern during the Christchurch Call conference in Paris in May 2019. Carter quit in May this year. Photo / RNZ

The non-profit InternetNZ administers the .nz domain - a role that saw it reluctantly play cyber sheriff after the Christchurch mosque massacres as effectively blocked access to a number of sites hosting harmful material - advocates on issues such as the digital divide, censorship and copyright, and offers various research and education grants. The non-profit funds its activities through wholesaling .nz domains (local web addresses) - a business that brought in just over $11 million last year.

President Joy Liddicoat said it was a pivotal time for InternetNZ, with the new .nz registry due, its commitment to becoming a Te Tiriti o Waitangi-centric organisation, and its strong focus on working for a safe Internet for everyone in Aotearoa.

"The Council completed a robust recruitment process, focused on finding the right person to lead InternetNZ into the next phase. In an era where the Internet is central to our lives - and the .nz domain is an integral part of our identity as New Zealanders - Vivien Maidaborn's appointment will be instrumental in strengthening partnerships, engaging with the members, and working for an Internet for good in Aotearoa," Liddicoat said.

"Vivien's leadership experience, strong ability to partner with like-minded organisations and to achieve policy outcomes working with the Government, are all reasons why she was selected,"

Maidaborn will take up her new role on October 17.