New Zealand's economic expansion has lost momentum and while the near-term outlook is expected to improve, risks are increasingly tilted to the downside, according to the International Monetary Fund.

The global body of 189 member countries, set up to foster international monetary cooperation, said the expected improvement in the second half of this year and in 2020 largely reflects increased monetary and fiscal policy support, while the terms of trade are expected to continue supporting domestic demand.

"The near-term boost in growth should lead to a positive output gap and a gradual acceleration of inflation towards the 2 per cent mid-point of the RBNZ's target range," the IMF said in its concluding statement describing the preliminary findings of visiting staff.

It noted the current monetary stance fits the subdued inflation conditions. The Reserve Bank lowered the official cash rate from 1.75 per cent to 1.50 per cent in May and is due to make a rate decision today. While it is widely expected to keep rates on hold, the statement will be closely scrutinised to determine whether it might cut rates further.

"With downside risks to growth, employment, and inflation, insufficient monetary accommodation still is a bigger concern than upside risks to inflation if the monetary policy stance turned out to be too expansionary," the IMF said.

In the medium term, the IMF said it expects the output gap - which is where economic growth spurs on inflation - to narrow, with growth slowing to the potential pace. That potential growth is also seen easing as falling net migration moderates the nation's labour supply.

"On the domestic side, the fiscal stimulus could be less expansionary if policy implementation were to be more gradual than expected, and the domestic housing market cooling could morph into a downturn, either because of external shocks or diminished expectations," the IMF said.

On the international front, the IMF said global financial conditions could be tighter and dairy prices could be lower. It noted that "risks to global trade and growth from rising protectionism have increased, and this could have negative spillovers to the New Zealand economy, including through the impact on China and Australia." 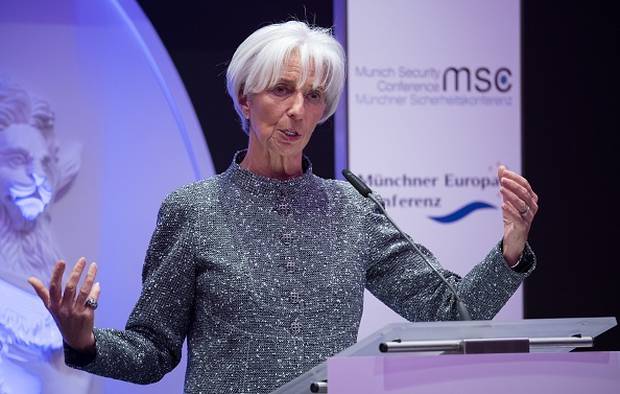 It also said that high household debt remains a risk to economic growth and financial stability.

The IMF was positive about the government's 2019 budget, saying it "strikes an appropriate balance between supporting policy priorities and maintaining prudent debt levels."

It also said addressing low productivity growth will be central from a well-being perspective.

The IMF team welcomed the introduction of a new research and development tax credit regime, the creation of the New Zealand Infrastructure Commission, and the reform of the vocational education and training sector.

It also welcomed the government's commitment to achieving its emissions targets under the Paris Agreement and the intention to set up a framework for climate change policies.

The IMF said the introduction of a target band for net public debt beyond 2021 "will provide a transparent medium-term public debt anchor for budget decisions, while avoiding the drawbacks of a narrow, time-bound debt target."

According to the IMF, the range provides the flexibility to let automatic stabilisers operate over the cycle and accommodate productive spending when appropriate.

Regarding financial sector resilience, it came out in favour of the Reserve Bank's proposal to increase bank capital adequacy requirements, saying it "would provide for a welcome increase in the resilience of the banking system."