A record backlog of parcels from the start of level 3 is likely to start moving by the end of this week, CourierPost says.

Four weeks' worth of purchases were frozen during level 4, meaning in level 3 there was a surge of deliveries that overwhelmed courier companies across New Zealand.

CourierPost, which is owned by NZ Post, still has 150,000 parcels from the start of level 3 - almost four weeks ago - that haven't been delivered.

But it says those parcels will start moving through its system by the end of this week.

In level 3 courier companies reported volumes similar to Christmas or more but without time to plan, while requirements like physical distancing, contactless pickup and delivery and other safety measures slowed things further.

Those measures eased in level 2 but there are still plenty of people waiting for their parcels - some ordered way back in level 4.

Last week CourierPost was still getting about 300,000 parcels each day, or 200 a minute.

Courier companies and retailers have begged customers to show them some grace due to the unprecedented circumstances and particularly not to take out their frustration on courier drivers or call centre staff. 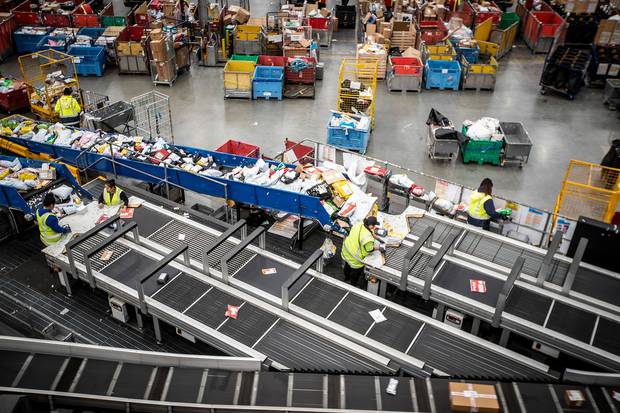 "We're really sorry it's taking us so long to deliver these items, but hope that people understand that this influx was a one-off, unprecedented event."

In the first two weeks of level 3 CourierPost received more than 3.5 million parcels, Walsh said. More than 3.2 million had been delivered but they couldn't all move in one go. The company is processing 24-7 to catch up, with hundreds of extra vans and staff.

How long will these conditions last? 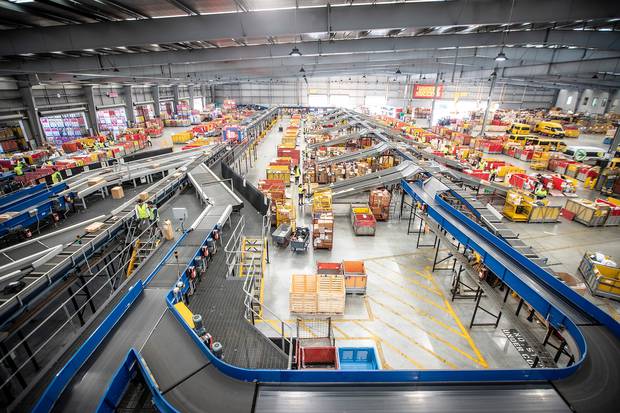 NZ Post's East Tamaki distribution centre. CourierPost is working through a huge backlog of parcels following the lockdown and subsequent move to online sales for many companies. Photo / Michael Craig

Orders placed now will be moved through the network without being held - meaning they may arrive before something you ordered months ago. Walsh said customers could expect new orders delivered in 1-5 days, except deliveries into and out of Auckland which may take up to two weeks.

NZ Post chief marketing officer Bryan Dobson said last week he didn't know how long those volumes would last but expected CourierPost to continue to be busy at least until normal retail opened up again.

The issues with slow or absent parcel deliveries aren't all the fault of courier companies. Farmers' owner David Norman has given the Herald some insights into the problems big retailers faced - and he says the issues are likely to last for some time.

During level 4 Farmers couldn't stop the packages coming in, and as a result their huge distribution warehouse was well above capacity. 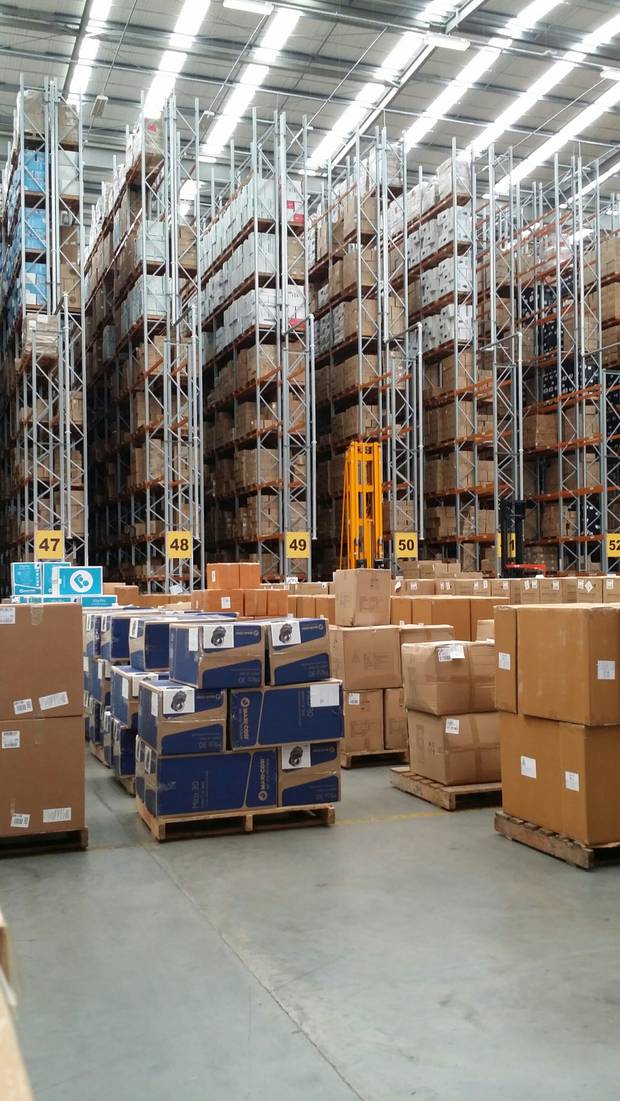 Once a distribution centre got more than 80 per cent full, "efficiency goes out the window", and product had to be double or triple-handled to get it to the right area.

Norman's been vocal in his criticism of the Government for not allowing his business to continue work during the lockdown.

Farmers wasn't allowed to operate its e-store in level 4 - a decision Norman called "ridiculous" given it was the size of three football pitches.

The distribution centre was by far the biggest in New Zealand and could easily have operated with 10m of social distancing per person, keeping 40-50 people working, he said.

"Product never stopped arriving and now we have a major log jam," said Norman, who was spending his days on a forklift helping get the East Tamaki centre back to a manageable state.

In level 3, distancing requirements slowed things down as only half the normal number of staff could "work the wall". 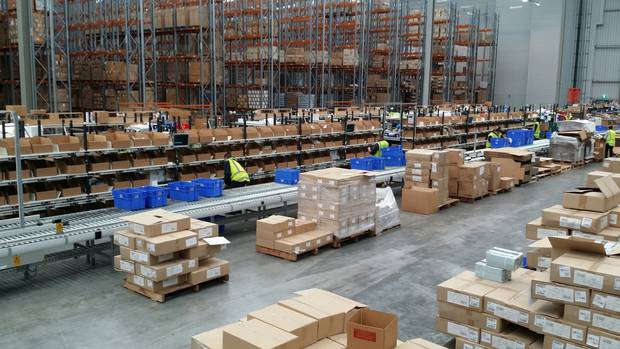 Because Farmers hadn't been allowed to work in level 4, orders placed before lockdown were frozen. In level 3, the pick wall and then delivery became sticking points.

The supply issue didn't just apply to e-stores - most distribution centres were over full and thus faced major control issues so there would be ongoing supply problems, he said.

Customers who were experiencing significant delays needed to accept that "these are difficult times and understand that the Government lockdown has caused the problem", Norman said.

By comparison Farmers' business in Australia - where e-stores kept operating during lockdown - had had very few issues. 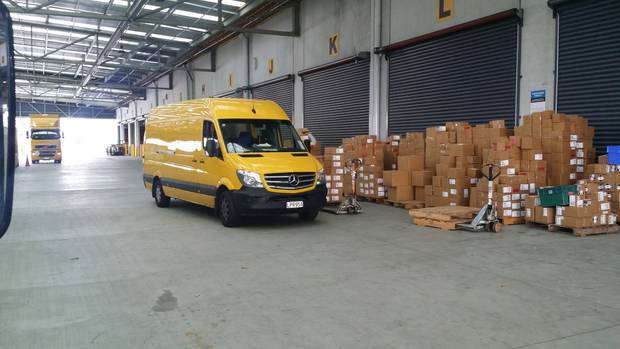 Courier services and retailers are both struggling to get on top of the mountain of packages from lockdown and level 3. Photo / Supplied