A 21-year-old Sydneysider has managed to buy two investment properties thanks to his lucrative business which rakes in A$80,000 ($87,000) a month.

Jordan Caruccio's real estate portfolio is only possible because he stumbled upon a "niche market" when he was in high school that has exploded since the pandemic arrived on Australia's shores two years ago.

Caruccio is a stock reseller, using inside knowledge and internet bots to find sought-after products then selling them on at a higher price.

A less endearing term you might be more familiar with is a scalper.

He charges membership fees for people to join his private social media group, Lowkey Discord, which gives them the best tips for when popular products are about to hit shelves, virtually or in store.

"During Covid it picked up a lot. People were trying to make money [because they'd] lost their jobs," he told news.com.au. "It's not illegal. I would have been in trouble for sure if it wasn't legal."

He admitted he cops a lot of hate for what he does online, including international technology website CNET calling Caruccio's business "ethically unsound" in an article last year.

Be that as it may, there's "so much demand" among Australians for his services that it's making him rich.

Caruccio is usually one of the first to know when new stock hits the Australian market, including limited edition sneakers, clothing and more recently, PlayStation consoles.

He uses a combination of programming and connections with retail workers to get "early information" about new releases.

It all started when he was a teenager and used to queue up overnight to get his hands on a set of sneakers, such as Yeezys or Air Jordans.

Because sneakers were limited to one person at these events, he used to "get randoms off the street so we'd get more pairs" and paid them for their troubles. He'd then sell the shoes and make a killing.

During high school, Caruccio also used to scalp concert tickets (until this became illegal) as well as selling other products on the side.

After he graduated, he moved overseas to try his luck at becoming a professional soccer player.

But while he was out of Australia, he came across groups in the US that tipped off their members about when popular items would start selling to customers. This would eventually spark the idea for Lowkey Discord. 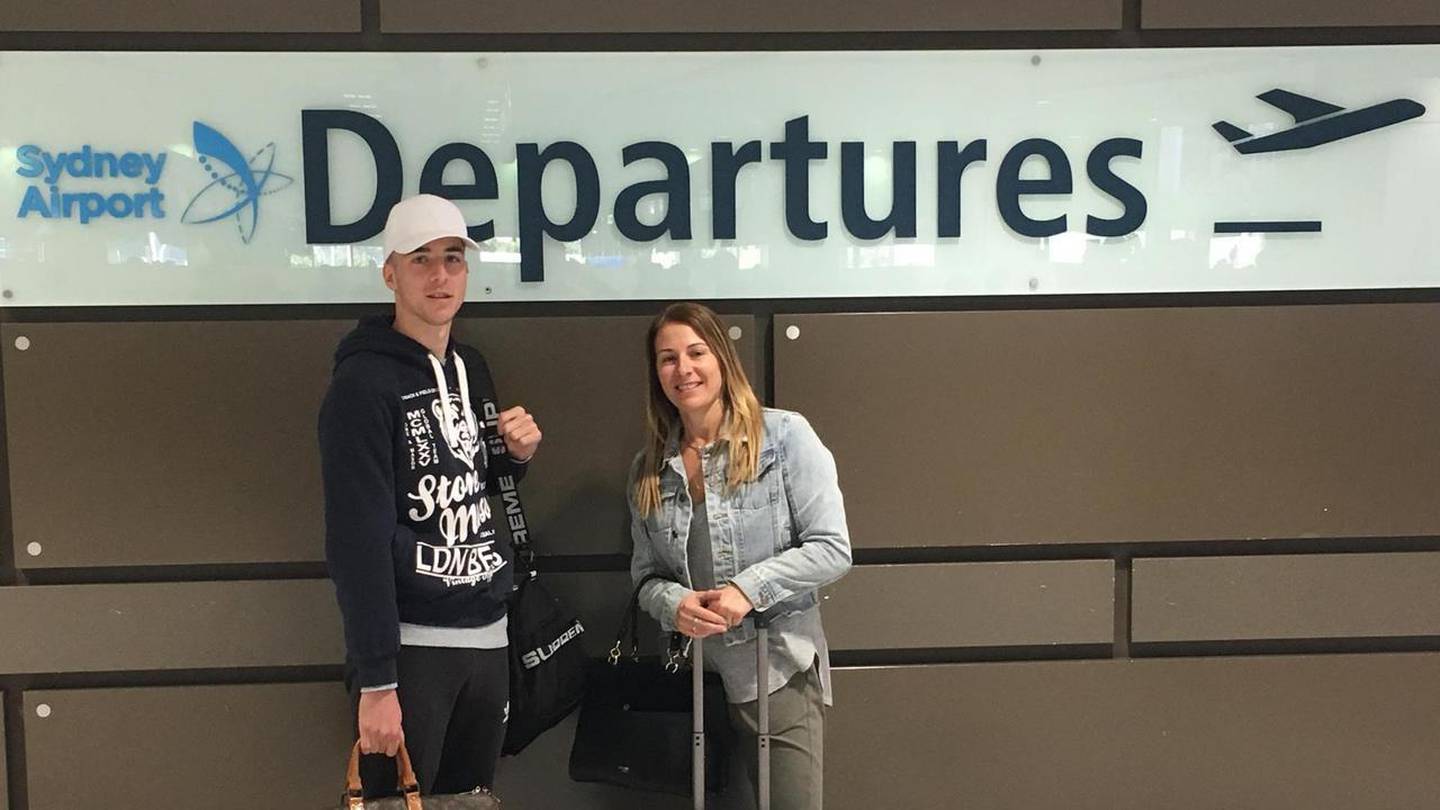 Caruccio jetted off to Italy to pursue a professional soccer career – but ended up pursuing retail reselling instead. Photo / news.com.au

"The term is called a cook group – it just means you're cooking sneakers, you're attaining a lot of items," he said.

When his soccer career came crashing down after he was badly injured, he wanted to pour his passions elsewhere.

"Over time I'd made a good amount of money" from US cook groups, he said.

"I thought there's a bit of a gap in the market in Australia, no one was doing it back then. That's when this business came to my mind."

Caruccio started the cook group in November 2019 – and just a couple of months later Covid-19 arrived and his business started booming.

"From there it's been crazy," he said.

For anyone wanting to join, they have to regularly pay a membership fee that then allows them into a private group on a social platform called Discord, where he regularly posts about new releases.

When he started, it cost just AU$10 for a monthly membership but that has since gone up to $60.

At the moment he has around 1700 monthly members, 150 with a yearly membership and a further 50 people who have a lifetime subscription.

Documents sighted by news.com.au show that he has made around AU$80,000 in sales every month since November last year. That figure doesn't even include the amount he makes from the actual reselling process, which he has another website for.

Many clearly members think forking out hundreds of dollars a year is worth it. Indeed, Caruccio said his customers could have "easily" made $20,000 in profit last year just from PlayStations. Many were able to buy multiple gaming consoles for $750 and sell them for $1500.

"It's been the easiest, not just for myself but for all members," he said.

As Caruccio's business grew, he hired software developers to create codes to trawl the internet so he could alert his members as soon as a product drops.

He also receives leaks from retail workers at places like Nike, Footlocker and JD Sports about their company's newest releases, which helps give him get the jump on everyone else.

In exchange for this intel, he pays these insiders handsomely and keeps their identity a secret.

He's been cornered by senior retail managers who recognise him and demand he tells them who his sources are.

"I've been reported multiple times, even when I go into stores and stuff," he added.

The 21-year-old says his expenses are only about $6000 a month, after paying off his six staff members as well as the insiders who approach him. So, after pocketing the rest, he decided it was time to invest in property.

Six months ago, he purchased a partially built apartment in Hurstville, southern Sydney. 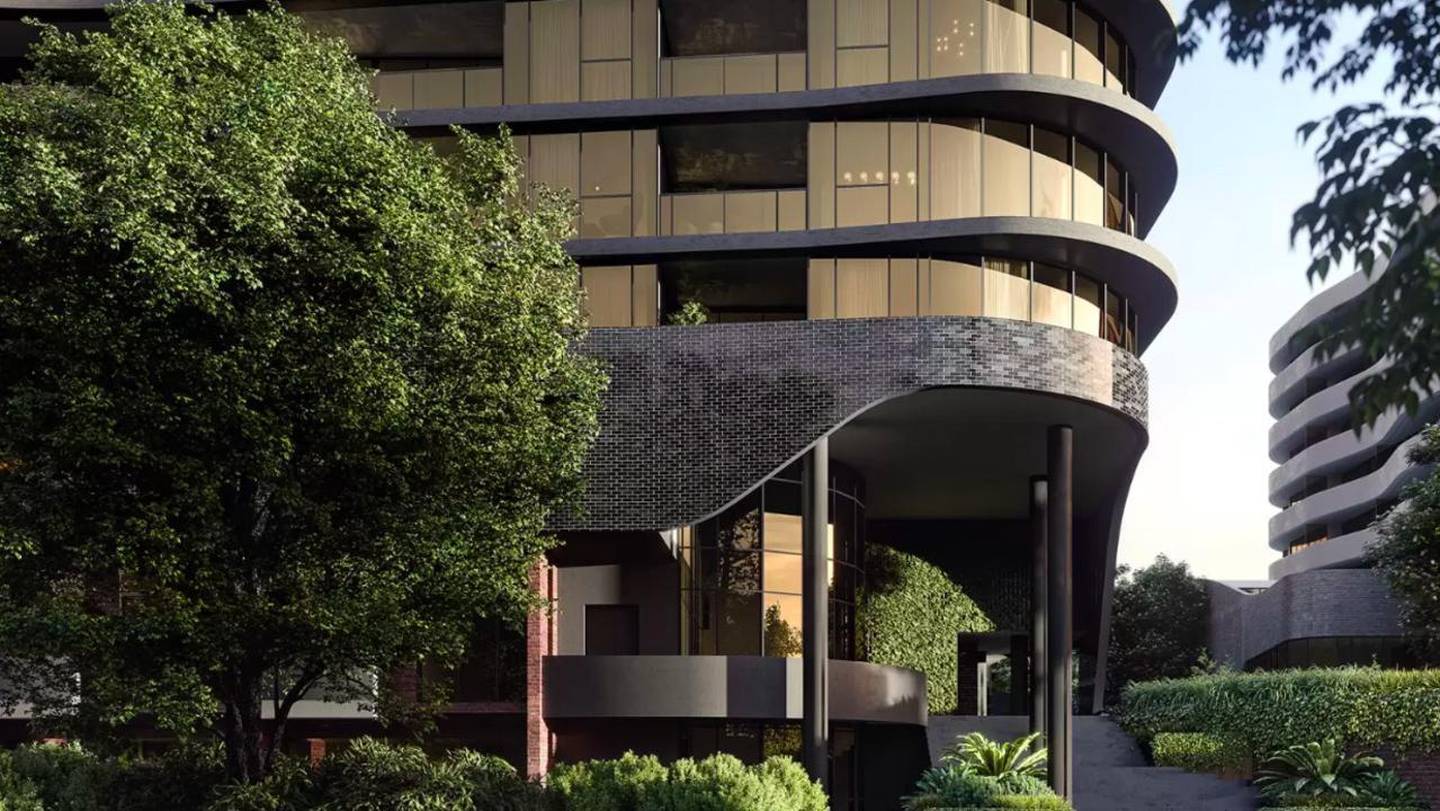 The apartment block in Hurstville, Sydney, where he purchased a property. Photo / news.com.au

Just last week, he dipped his toe in the market again, snapping up a two-bedroom house off the plan in Canberra, using a $34,000 down payment.

What Caruccio is doing is perfectly legal although it may be morally questionable.

He has registered his business and has an Australian Business Number.

When an individual legitimately purchases a product, there is no law to stop them from reselling it because Australian Consumer Law (ACL) prohibits anti-competitive behaviour, according to SprintLaw.

The exception is ticket scalping, with different Australian states cracking down on tickets to live events in the last few years after scalping website Viagogo sparked outrage for selling them at much higher rates.

In fact, NSW Fair Trading received more than 1000 complaints about this practice, prompting new legislation back in 2018.

There is no federal legislation regulating ticket scalping but almost all Australian states have their own legislation criminalising the practice.

Tasmania and the Northern Territory are the only two jurisdictions without legislation.

Most states adhere to a 10 per cent rule of thumb, where the ticket can't be sold for more than a tenth of its original value.

In 2020, Viagogo copped a $7 million fine for misleading customers by scalping tickets and purporting to be the official website to buy them.