House prices continued to fall through May and are now off around 6 per cent since their peak last November, according to the latest figures from the Real Estate Institute (REINZ).

Kiwibank economist Jeremy Couchman described the month as "another bloodbath" as the REINZ house price index fell for the sixth consecutive month.

Annual house price growth has now slowed to just below 4 per cent.

"Since peaking in November, the seasonally adjusted HPI [house price index] has fallen 6 per cent," he said.

Sales were down 28.4 per cent on a year ago (seasonally adjusted).

The median number of days to sell at 40 days ticked over the long-run average of 39 days.

"As buyers sit out the carnage from ringside, the supply of listed property trends higher, he said.

"All the above indicates that house price falls are yet to plumb the lows of the current cycle."

Kiwibank is forecasting the prices will be down by about 10 or 11 per cent by the end of the year.

Others are predicting even larger falls.

Westpac economists have picked a 15 per cent fall and financial services firm Jarden has suggested we may see an 18 per cent slump.

Falls on that scale were still "a distinct possibility", Couchman said.

However, the labour market – with a record low unemployment rate – would continue to cushion households (both mortgage holders and renters) from a nasty income shock, he said.

New Zealand also still had a housing shortage, albeit drastically reduced while the border was closed.

Despite record building consents being issued material and labour shortages were hampering the construction sector. 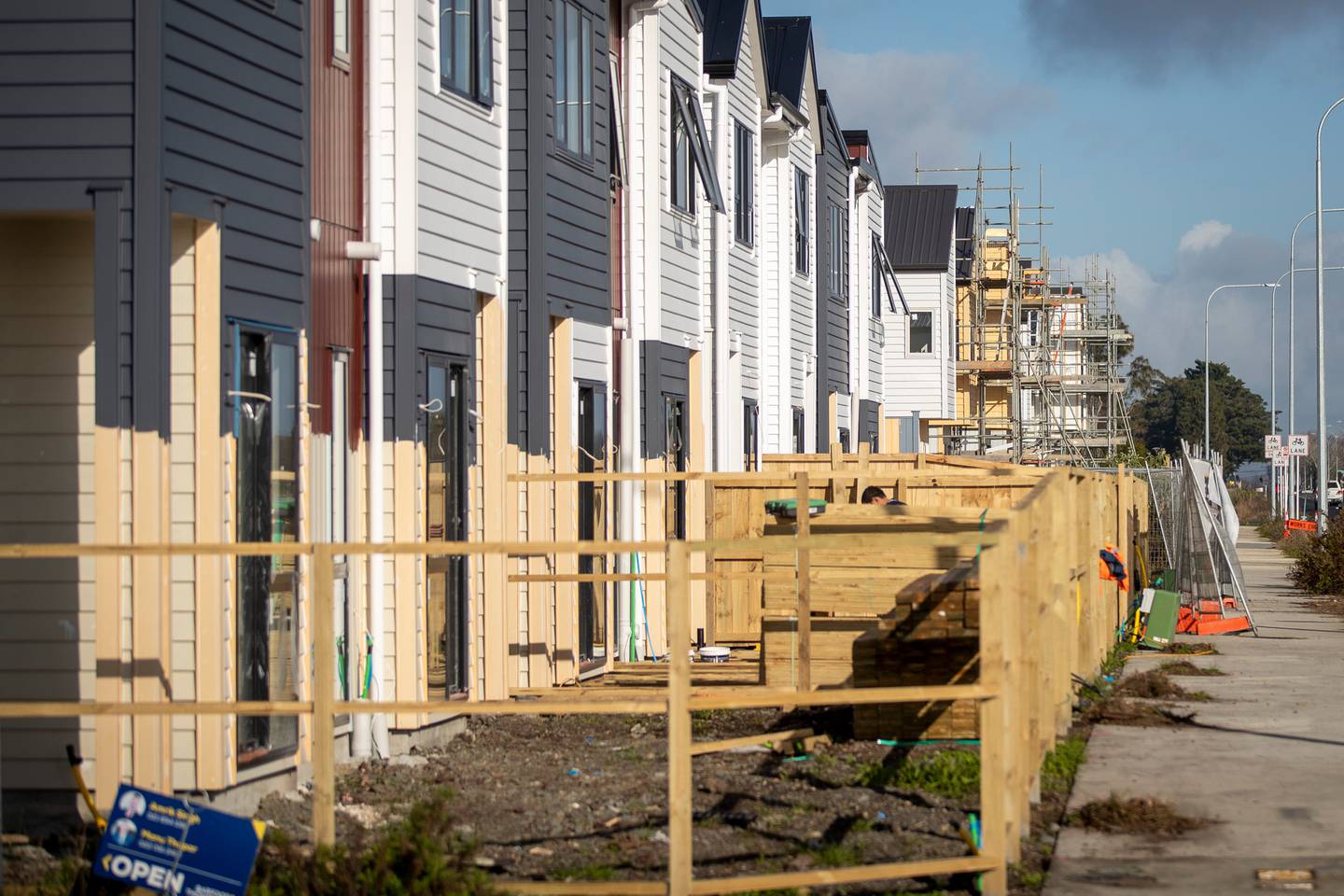 "As a result, the net increase in NZ's housing stock is not likely to be as dramatic as current record-high building consents data imply."

There was a fair amount of regional divergence in the data this month, ANZ economist Miles Workman noted.

Otago and Southland (HPI) broke the national trend and lifted month on month (up 0.8 per cent and 3.1 per cent respectively).

However, these markets have a very small weighting in the national index, he said.

Auckland accounts for more than a third of the market and the HPI there fell 0.4 per cent month on month.

Taranaki saw the largest decline (-2.4 per cent). The Canterbury and Wellington HPIs fell 0.4 per cent and 1.5per cent respectively.

"When housing gets moving (one way or another) it tends to gather momentum, and right now it's travelling southbound.," Workman said.

"That on its own suggests there's plenty more slowing to come over the cold months ahead, but the RBNZ has also upped the hiking ante recently, and that's expected to take the housing temperature down by another degree or so."

ANZ has downgraded its house price forecast slightly - to a 12 per cent peak to trough decline (previously 11 per cent).