Queenstown hospitality operators, already battered by the dropoff in tourist numbers, are being further beaten up by chronic staff shortages.

As a result, restaurants are cutting trading hours, copping complaints over poor service and suffering from stressed-out staff and owners.

The problem is caused by closed borders cutting off the supply of foreign workers the industry has relied on.

However, operators say the Government's new policy, allowing workers who have been in the country for three years to apply for residency, means they risk losing even more staff.

They claim they are also affected by Immigration New Zealand delays in processing visa applications for would-be new staff.

White + Wong's, named New Zealand's best restaurant just two months ago, has a sign on its window saying: "We are currently experiencing extreme staff shortages. Please be patient, we are doing our best".

"I think we're in for probably the worst year we've ever had for getting staff," Lone Star owner Dave Gardiner, who has run his restaurant since 2006, said.

Operators had already adjusted to lower turnovers due to closed borders, "but we all know that turnover is going to be diced in half again because we won't have enough staff to keep up".

He predicted the resort would experience a "mass exodus" as staff gained their residency due to the Government's new policy.

Hospitality was a tough industry – "you're working nights, it's anti-social" – so newly-qualified 'residents' could easily leave.

Speight's Ale House owner Clark Frew, who will celebrate 20 years in business in September, said the staffing situation was "the worst by the length of a straight". 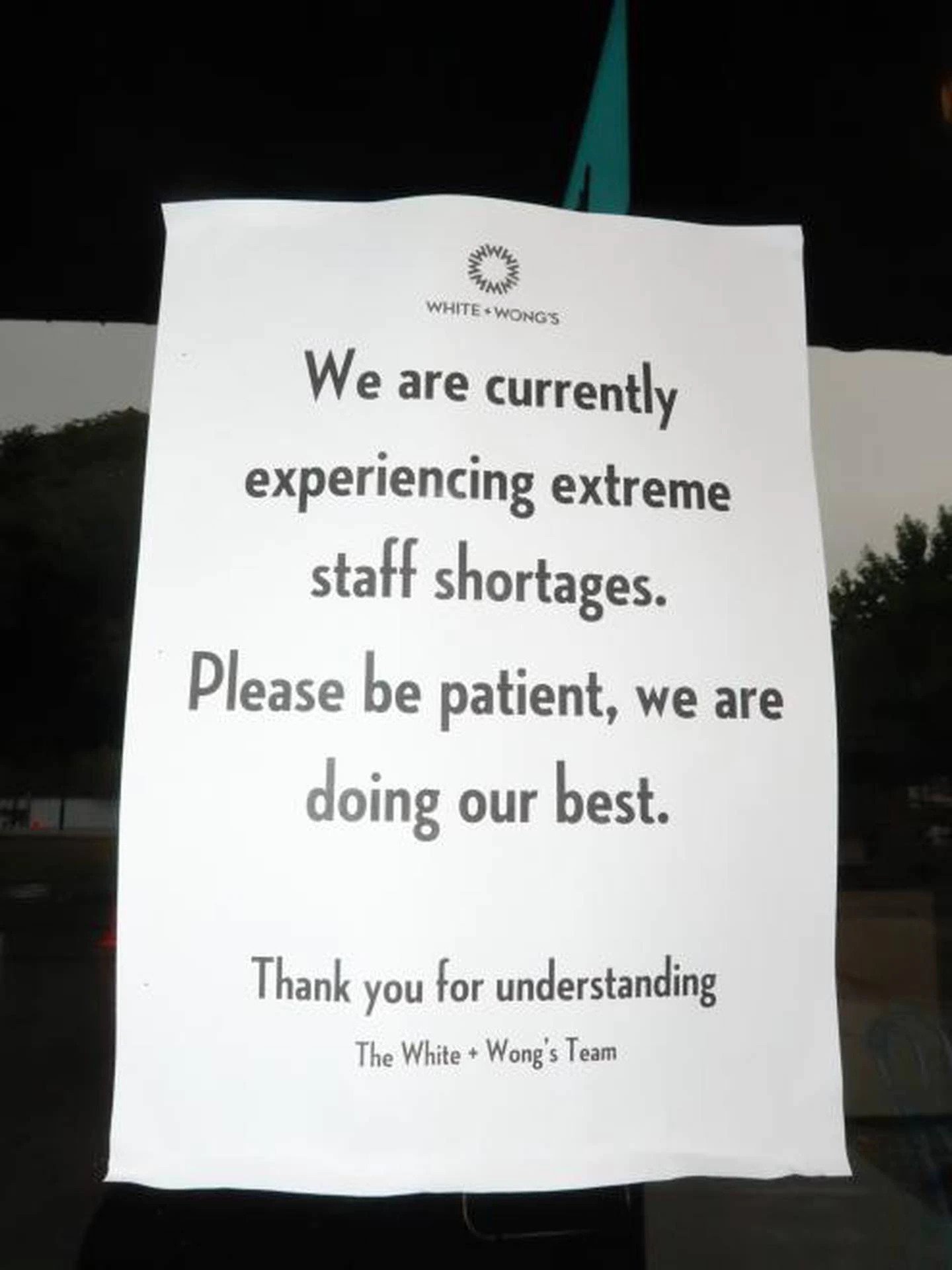 A notice on the window of Queenstown restaurant White + Wong's. Photo / Philip Chandler

"This next five months are probably going to be the hardest of the whole lot we've faced."

Pub on Wharf owner Chris Buckley, who has been in business in the resort since 2007, said that on New Year's Eve, when he would have normally have 12 front-of-house staff, he had only four.

He had to ask friends and family members to help.

Mr Buckley said most New Zealanders moving to Queenstown would end up in construction, which had better hours, despite hospitality employers paying even new, young staff "bloody good pay rates".

McDonald's' local franchisees recently announced they were paying staff $25 an hour over Christmas and New Year.