The jury found her not guilty of four other felony charges. On the three remaining charges, the jury was deadlocked.

Holmes, who had bowed her head several times before the jury was polled by the judge, remained seated and expressed no visible emotion as the verdicts were read. Her partner, Billy Evans, showed agitation in earlier moments but appeared calm during the verdict reading.

After the judge left the courtroom to meet with jurors individually, Holmes got up to hug her partner Billy Evans and her parents before leaving with her lawyers.

Holmes, a once-celebrated entrepreneur, was accused of duping investors and patients about a flawed blood-testing technology that she hailed as a medical breakthrough.

Nine of the 11 counts are fraud charges and two revolve around a conspiracy to commit fraud from 2010 to 2015. During that time, Holmes became a Silicon Valley sensation, one worth $4.5 billion on paper based on her promise that Theranos' technology would revolutionise healthcare.

If convicted of any of the charges, Holmes, 37, could face up to 20 years in federal prison.
"For all intents and purposes, the government only needs a guilty verdict on one count," said Keri Curtis Axel, a former federal prosecutor now working as a trial lawyer at the Los Angeles law firm Waymaker. She said the hang-up on three counts makes it more likely that jurors have reached guilty verdicts on at least some of the other counts.

David Ring, a lawyer who has been following the Holmes case closely, also interpreted Monday's note as an indication that Holmes is likely to be convicted on some counts. He expects a resolution this week. 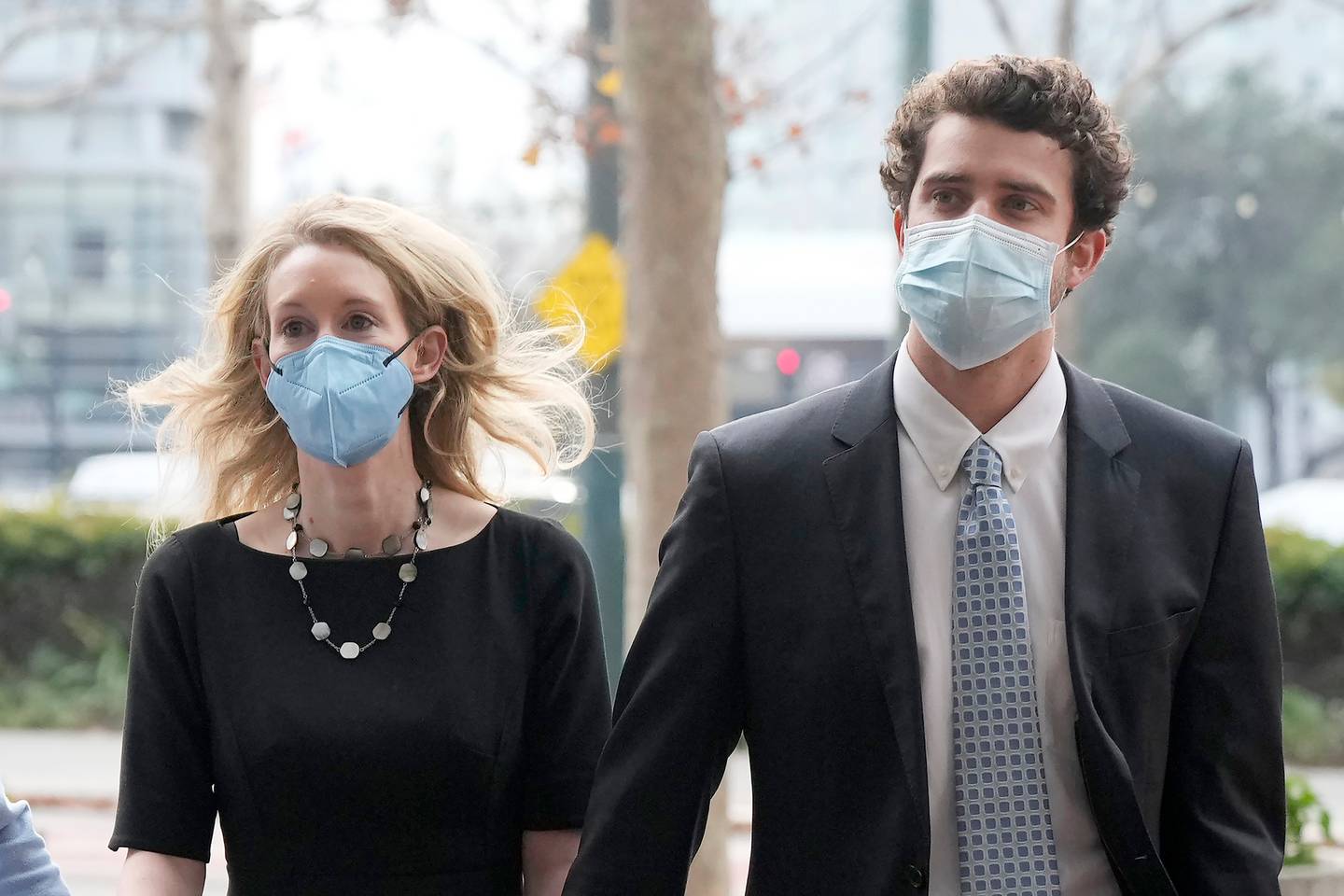 "It could go another day or so before the jury either comes back with a verdict on all counts or sends another note telling the judge they're still stuck," Ring said.

Holmes was present at Monday's hearing to review both notes from the jury. Following jurors' afternoon exit from the courtroom, she appeared to be bowing her head.

After starting Theranos in 2003 as a 19-year-old college dropout, Holmes began working on a technology that she repeatedly promised would be able to scan for hundreds of health issues with just a few drops of blood taken with a finger prick. Conventional methods require a needle inserted into a person's vein to draw a vial of blood for each test, which must then be carried out at large laboratories.

Holmes believed she could provide more humane, convenient and cheaper blood tests with "mini-labs" in Walgreens and Safeway stores across the US, using a small testing device dubbed "Edison" in homage to the famous inventor.

The concept proved to be compelling. Theranos raised more than $900 million from a long list of elite investors, including savvy billionaires such as media mogul Rupert Murdoch and software magnate Larry Ellison.

But most people didn't know that the Theranos blood-testing technology kept producing misleading results that led the company to secretly rely on conventional blood testing. Evidence presented at the trial also showed Holmes lied about purported deals that Theranos had reached with big drug companies such as Pfizer and the US military.

In 2015, a series of explosive articles in the Wall Street Journal and a regulatory audit of Theranos' lab uncovered potentially dangerous flaws in the company's technology, leading to the company's eventual collapse.