Business owners at Auckland's Elliott Stables are sending bouquets of flowers with personal messages to Prime Minister Jacinda Ardern, mayor Phil Goff and other ministers as they protest against coronavirus level 2 restrictions and the City Rail Link.

The businesses say the Covid-19 lockdown and ongoing delays of the rail project has resulted in mounting losses, and there seems to have been little help coming from central Government or the Auckland Council.

Several owners of the 12 cafes and restaurants operating in the dining village have also not been able to pay their rents and are now in negotiations with their landlord for some kind of rent reprieve. 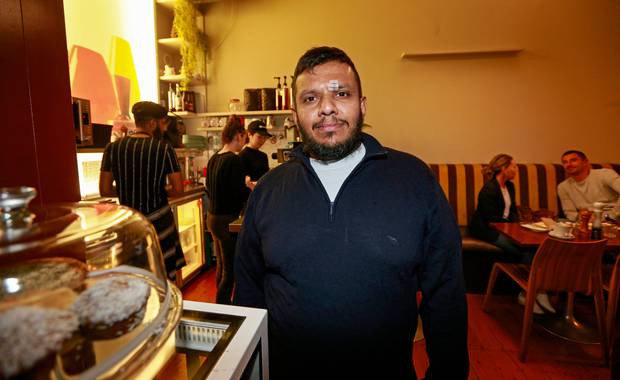 George Panicker George said he did not see his business survive beyond the month without help. (Photo / Alex Burton)

The bouquets, which were being delivered today, had cards signed: Best wishes from The Dying Businesses of Elliott Stables.

Under alert level 2, the number of people allowed inside Elliott Stables was 100, and this number has to be shared between 12 of the businesses in the dining hall.

George Panicker George, who owns Ela Cuisine and Reslau, said this was "as good as having no customers". 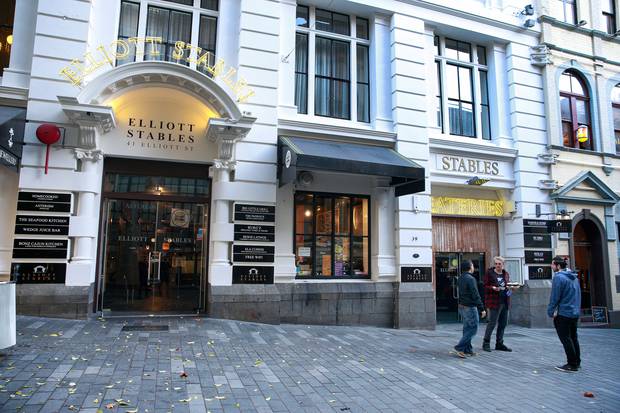 At alert level 2, just 100 people are allowed inside Elliott Stables, which is shared by 12 eateries. (Photo / Alex Burton)

He didn't see his businesses - and the jobs of the six employees he has - surviving beyond the end of this month if there was no help forthcoming.

George says profit was non-existent and his businesses now makes "just a few hundreds" a day, which wasn't enough to pay bills, staff wages and most definitely not the rent.

He claimed the landlord, The Icon Group, has issued him a notice under the Property Law Act and may be forced to shut by June 17.

They are also asking the Government to offer some sort of rent subsidy.

Lois Cabrera, who owns Besos Latinos, says he has been really stressed and did not think there would be much improvement in sales even at alert level 1 because many will still work from home.

"We are reliant on office workers, but many work from home. There are no international students because of the border closures, and the CRL construction works means even access to Elliott St is being blocked," Cabrera.

Sunny Kaushal, a spokesman for the group, said the flowers aimed to catch the Prime Minister's attention and "touch her heart".

"Jacinda has been appearing on TV every day telling us to be kind, well we hope that she can be kind and have some compassion for small businesses too," Kaushal said.

Kaushal said the landlord did not appear keen to be offering rent discounts, and was calling on the Government to intervene or provide rent relief support for the businesses.

Icon Group's general manager Denise Kyne said it had offered tenants "substantial rental relief" since the beginning of the lockdown.

"Despite the absence of the 'no access clause' in the Elliott Stables tenant's lease agreements, The Icon Group have provided substantial rental relief since the beginning of lockdown, up to the value of circa $300,000," Kyne said.

"We continue to engage in negotiations with those who are expecting some form of Government assistance beyond the relief the landlord has already offered."

Kyne said none of the tenants are being forced to shut their doors.

"They are back up and running but of course are reliant on people to dine out so that their businesses can again thrive," she said.