Former rich-lister Eric Watson will spend less time behind bars after testing positive for Covid-19, a London judge has ruled.

The High Court in England and Wales earlier this month found Watson in contempt of court for withholding information about his assets in the long-running legal battle with Kiwi philanthropist Sir Owen Glenn and his company Kea Investments (Kea).

He was sentenced to four months' imprisonment by Lord Justice Christopher Nugee this week.

In his sentencing judgement, now released publicly, Justice Nugee said he was "satisfied that this was a serious contempt, deliberate and contumacious" and designed to conceal an asset from Kea it was entitled to know about.

However, the judge did award Watson, who formerly owned the Warriors rugby league club with Glenn, some discounts for personal factors, including testing positive for Covid-19 and his relationship with his partner and children.

"The Covid pandemic has made the holding of these hearings more difficult," Justice Nugee said.

"Your personal circumstances, including the fact that, as I have seen, you have tested positive for Covid, have made them doubly difficult, and I accept that you have not sought to run away from this case but to stand up and face it, nor have you sought to put it off when the time came for it to be finally listed." 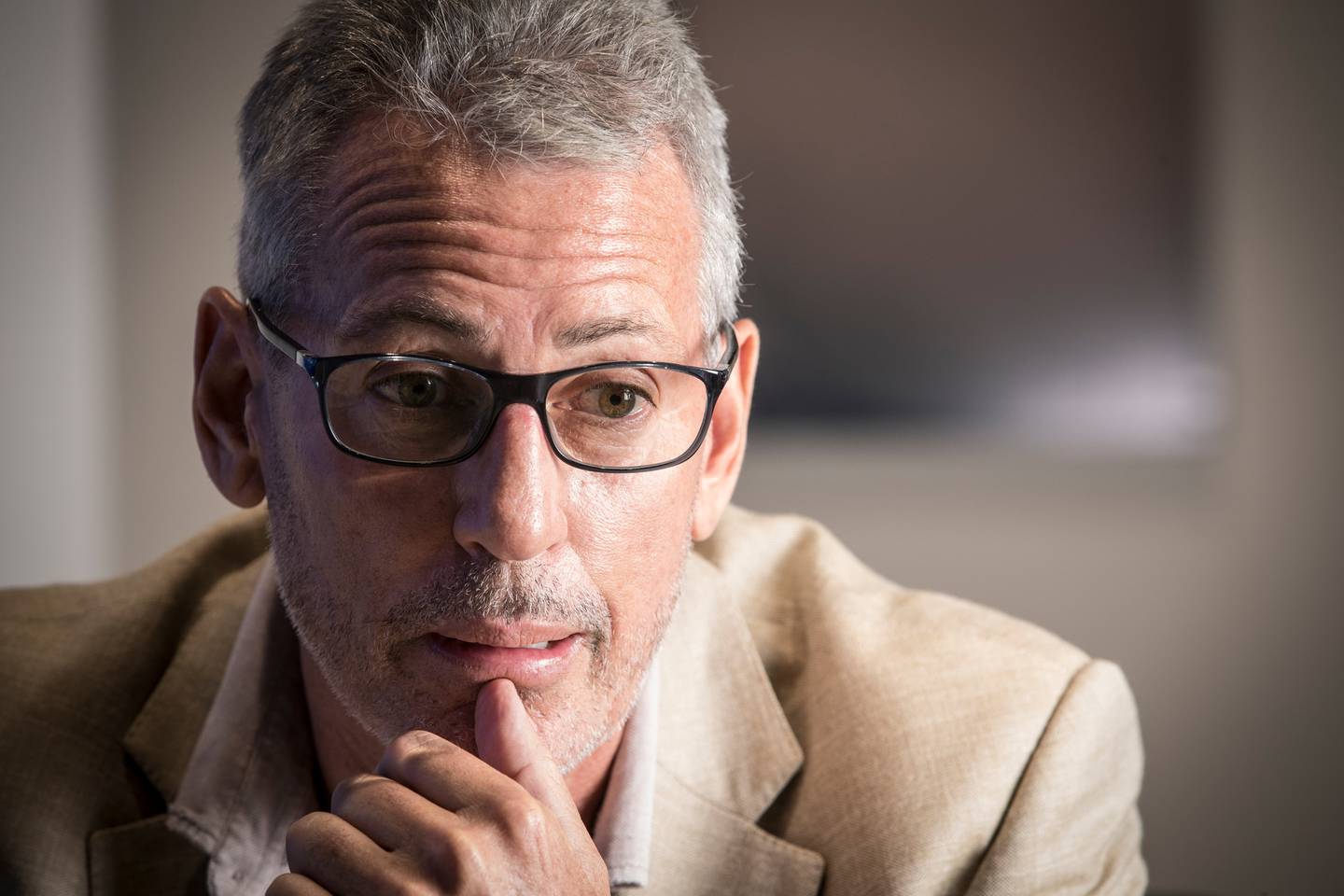 Eric Watson has indicated an appeal of his prison sentence for contempt of court. (Photo / Greg Bowker)

A large part of the time and complexity of the proceeding was also attributable to the complexity of Watson's financial affairs, the judge added, but accepted the circumstances had been "a very difficult, stressful experience" and a form of punishment.

Despite this, Justice Nugee held the view a custodial sentence was necessary.

"But I am willing to reduce the sentence from what it would otherwise have been to make it as short as possible. Had it not been for those matters of personal mitigation, I would have sentenced you to a period of six months or more," he said.

"As it is, I am reducing the period to a sentence of four months, balancing the seriousness of the conduct I have found with the consequences for you and your family."

Watson, who moved to London in 2002, asked the judge to stay his prison sentence pending an appeal, which he has 21 days to do.

But Justice Nugee declined the bid and said: "I do not think that there is a real prospect of the Court of Appeal allowing an appeal, given the findings of fact which I made and the construction of the order which I adopted. I may, of course, prove to be wrong ..."

Watson will be a guest of Her Majesty at Pentonville Prison in London.

Justice Nugee said the law meant Watson will in fact only serve half of his sentence, meaning a release before Christmas.

After a lengthy trial, Watson was found to have deceived Glenn during their business dealings.

Watson, who developed a reputation in the 90s and early 2000s as a playboy dating lingerie models, appealed against the ruling.

However, it was dismissed by the UK's Court of Appeal in October 2019.

Kea then accused Watson of being "deliberately reticent" over providing information about his assets as part of a strategy to frustrate compensation recovery efforts.

It sought three orders of contempt against Watson, which were argued over several days in April and May, over suspicions about interests, including those held by his mother Joan Pollock and a house bought in Sweden with his partner Lisa Henrekson.

"I have found that you have committed a contempt of court in deliberately not disclosing the existence of, and providing the bank statements for, the Rainy Day account in your mother's name, which, as I have found, you knew was money that was at your disposal," Justice Nugee told Watson at his sentencing. Watson, formerly one of New Zealand's wealthiest men and entangled in the downfall of Hanover Group, now claims to be impecunious and said in a court statement the "small amount I spend on living is given to me by my mother".

Had Watson disclosed the "Rainy Day" account to Kea there would have been some $400,000 left.

"His failure to do that meant that Kea lost the opportunity to take steps to secure it towards its judgment," Justice Nugee said.

Watson's lawyer, Thomas Grant QC, argued that would not have been easy and likely would have resulted in legal proceedings in New Zealand against Pollock.

"Not only do I think that Mr Watson had every reason to think that Kea would attempt to do that, I have absolutely no doubt that Kea would have explored the question whether it was possible and appropriate to seek to secure that money," Justice Nugee said.

The harm and prejudice to Kea, the judge said, was being deprived of the opportunity of deciding that for itself and putting it before a New Zealand court.

"In terms of culpability, you were personally responsible for these decisions," Justice Nugee told Watson. 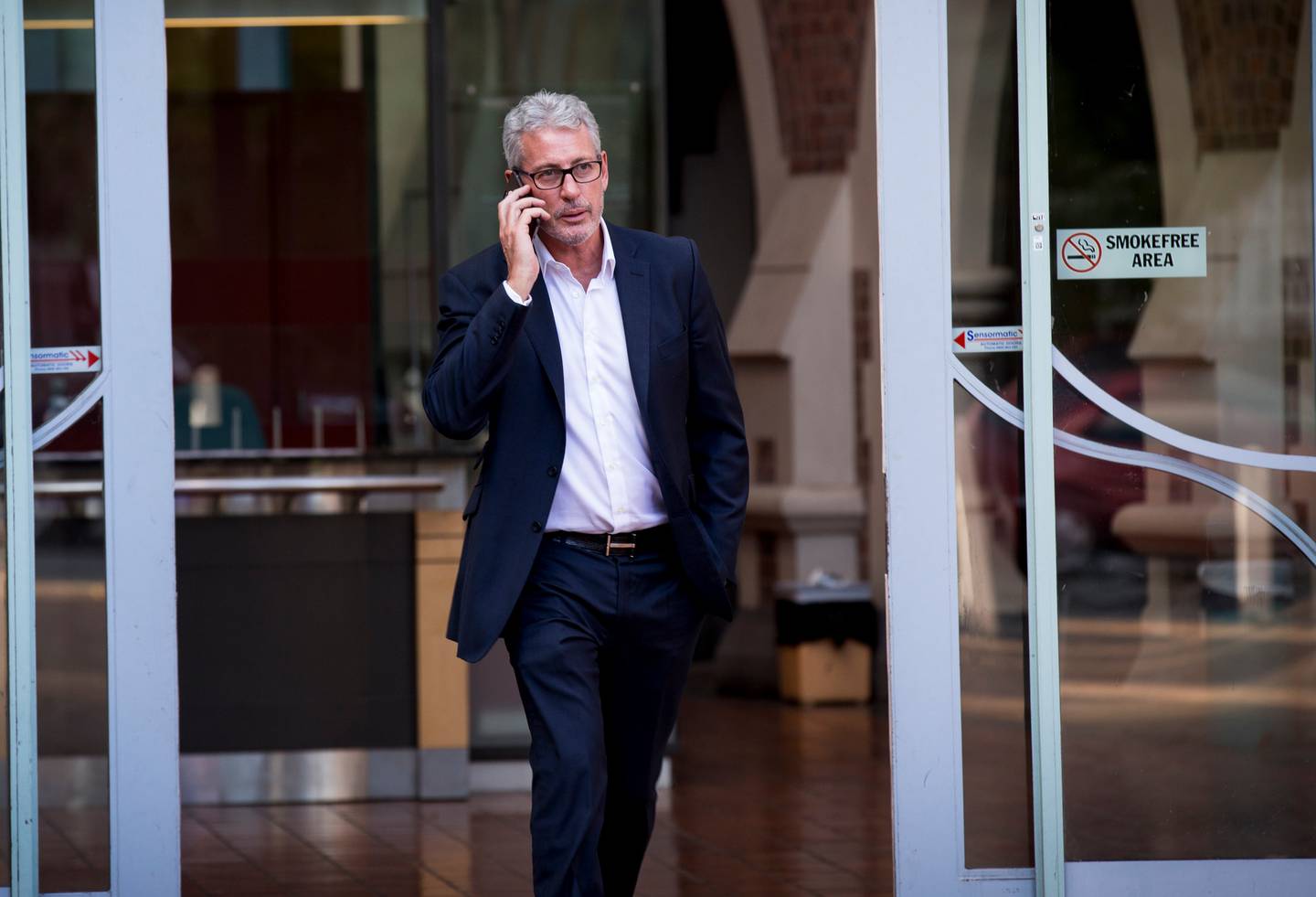 Eric Watson, outside the High Court in Auckland in 2015. Photo / Dean Purcell)

Grant said Watson apologised out of respect to the court but Justice Nugee did not give him any credit for a genuine remorse because of his intentions to appeal the sentence.

"I bear in mind the matters advanced by Mr Grant on your behalf that you are a man with no criminal convictions, but that he cannot put you forward as a man of unblemished character," Justice Nugee said.

In his contempt judgment, the judge said Watson has also "not voluntarily paid a penny" of what he was ordered to with Kea "still owed the vast majority of it".

Glenn, who is also based in the UK, said he has spent more than $40 million in legal fees pursuing Watson after their short-lived business partnership fell apart in bitter acrimony.

The litigation fallout has been head in courtrooms in the UK, New Zealand and the British Virgin Islands during the past six years.

Justice Nugee has said Glenn was not pursuing the contempt court action "out of a desire for revenge".

In March 2019, the High Court of New Zealand ruled in favour of the Commissioner of Inland Revenue and said the Cullen Group was part of Watson's "web of entities" designed to avoid paying non-resident withholding tax.