Elon Musk's plans for Twitter have been revealed, after the billionaire launched a successful bid to buy the social media platform for US$44 billion (AUS$61.4b).

Musk, the world's richest person, is reported to have presented a pitch deck to investors this week claiming he would increase the company's annual revenue, which was US$5b (AUS$7b) last year, to US$26.4b (AUS$37.3b) in 2028.

According to the deck, seen by The New York Times, Musk also expects to grow Twitter's userbase from 217 million at the end of last year to almost 600 million in 2025 and 931 million in 2028.

In order to get there many workers will be both hired and fired, according to the NYT. 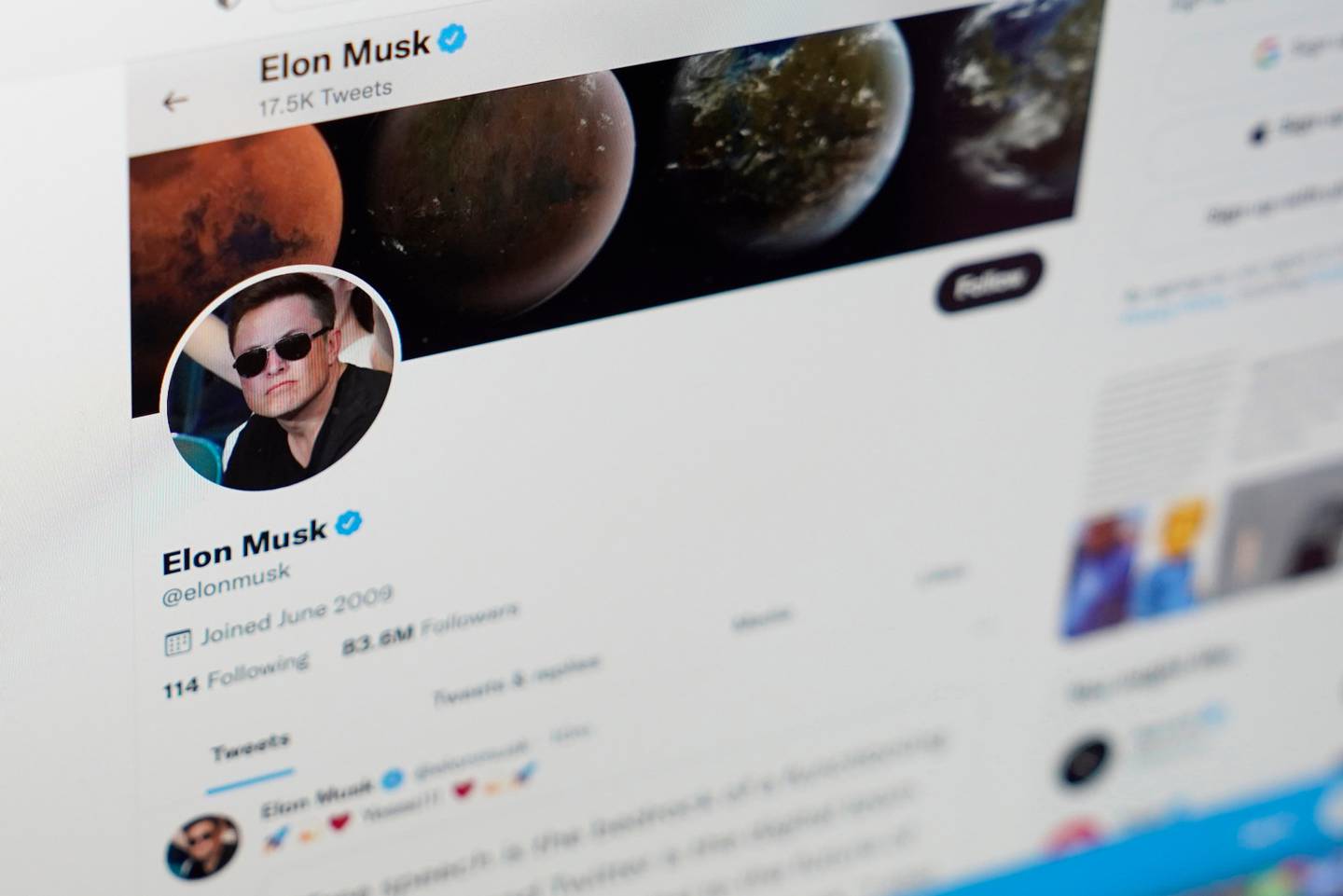 The Twitter page of Elon Musk is seen. Musk reached an agreement to buy Twitter for about US$44 billion. Photo / AP

There are currently about 7500 Twitter employees and 1725 are expected to be hired in 2022. But then 893 people would lose their jobs by 2023, before more people are recruited again.

According to NYT, Musk is likely to "shed workers" as part of the takeover, and then will bring on new talent in engineering.

A mysterious new product called X also reportedly got a mention in the deck, with the goal of 104 million users by 2028.

As for the current Twitter Blue, where users subscribe for AUS$4.49 a month to customise their experience, Musk expects 159 million users within six years. It was only launched last year.

The company will also rely on advertising less, falling to less than 50 per cent of its revenue, according to the pitch.

The Twitter board agreed to Musk's takeover nearly two weeks ago.

In the days after he sold about AUS$5.6b worth of Tesla shares, and then declared on Twitter there would be no more Tesla stock sales.

To finance the takeover of the social media platform he pledged up to C$29.4b (AUS$32.26b) from his personal fortune, with the rest financed by debt, according to AFP.

A month before Musk struck the Twitter deal, he had asked users what they thought of the social media platform and freedom of speech.

In a poll on March 25, he asked users if the Twitter algorithm should be open source.

He then followed it hours later with a new poll, which said: "Free speech is essential to a functioning democracy. Do you believe Twitter rigorously adheres to this principle? "The consequences of this poll will be important. Please vote carefully," he added.

After the Twitter board approved his takeover, Musk continued to make public comments and tweets about the need for free speech on the platform and not censorship.

"For Twitter to deserve public trust, it must be politically neutral, which effectively means upsetting the far right and the far left equally," he wrote in one tweet.

"We're all going through the five stages of grief in cycles and everyone's nerves are frazzled," wrote a senior staff software engineer who called Musk an "a**hole", and tried to console his colleagues.

"We're all spinning our wheels, and coming up with worst case scenarios. (Trump returns! No more moderation!) The fact is that [Musk] has not talked about what he's planning on doing in any detail outside of broad sweeping statements that could be easily seen as hyperbolic showboating."