The latest lockdown has seen another surge in internet use as people connect and video call from home offices. We've set another record, and it's one that would have seen the rivets pop off at the time of the 2019 Rugby World Cup.

Wednesday evening traffic on the Chorus network saw a new record peak throughput of 3.6 terabits per second (Tbps), an increase of 27 per cent on Monday night's traffic and a new all-time high for the broadband provider's network.

Chorus said there were no reports of congestion.

Records have been smashed with regularity over the past couple of years.

The 2019 Rugby World Cup - held at a time when Chorus' network had a 3.5Tbps ceiling - saw network traffic hit a then all-time high of 2.6Tbps. 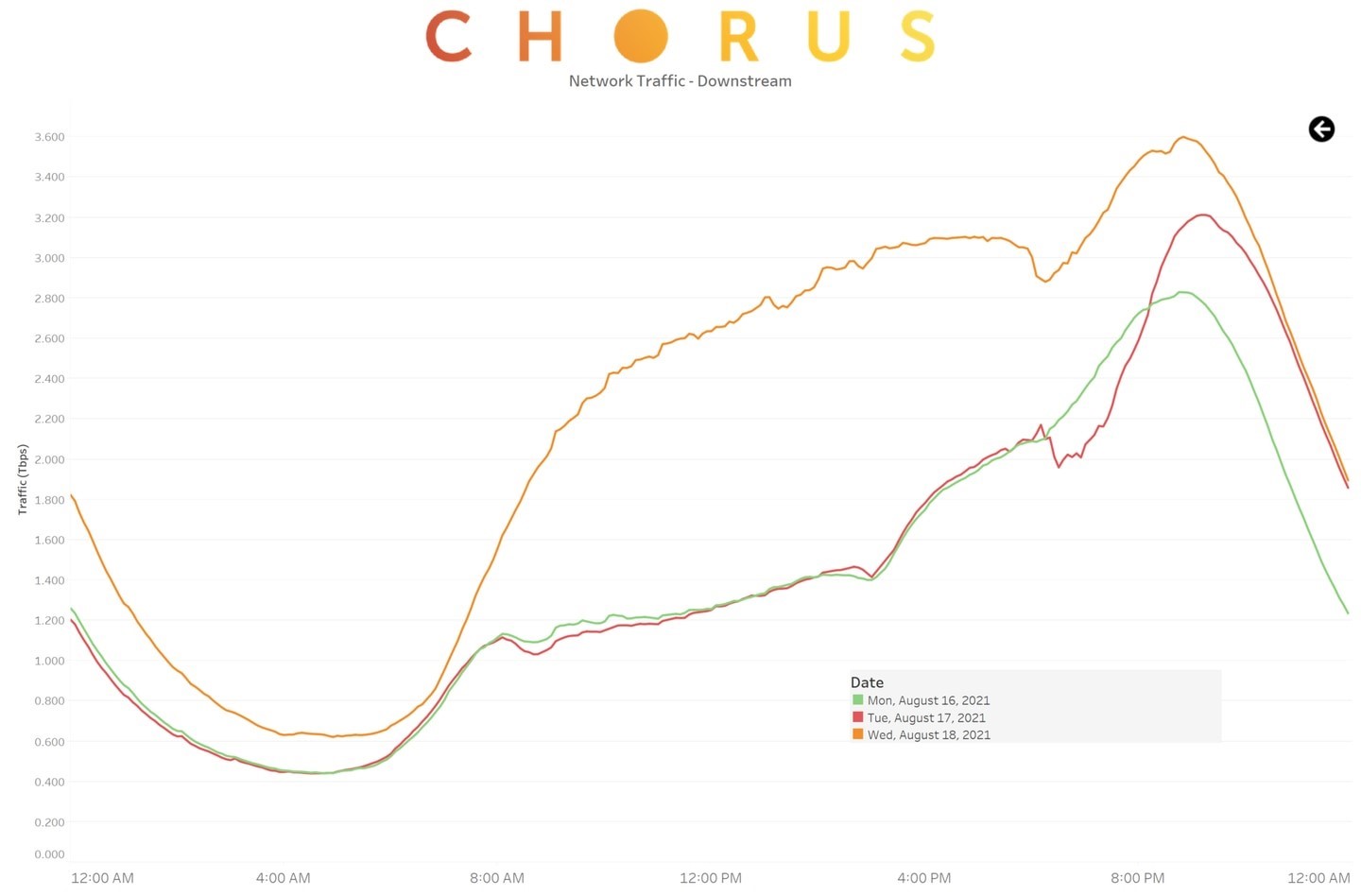 And a triple treat in March this year of a snap Level 2 lockdown in Auckland, a Blackcaps-Australia series streaming on Spark Sport and a major update to a wildly popular game (Fortnite) traffic peaked at 3.2Tbps.

While the 3.6Tbps hit last night would have caused the hamster to fly off the wheel at the time of the 2019 Rugby World Cup, Chorus has continued to upgrade its network.

"While a throughput ceiling of 3.5Tbps was advised in advance of Rugby World Cup, we're continuously adding capacity and currently estimate we can handle a nationwide peak of at least 4.5Tbps without experiencing any congestion issues," a spokesman said.

So you can relax. There's plenty of headroom. We're not going to see any drastic measures like during the first lockdown, when bandwidth hog Netflix had to reduce its bitrate by 25 per cent between March and July 2021.

Retailers Spark, Vodafone and 2degrees reported a surge in voice calls, txts and data use on Monday as the new lockdown was announced, but unlike the first lockdown, there were no major issues. 2degrees said some voice calls were diverted to voice mail for a brief period, but customers were still able to reach each other through txt or social apps like Messenger