Sir John Key has sounded a warning about how New Zealand's economy will struggle as a result of the coronavirus pandemic, but believes New Zealand is in a better position than many countries to beat it.

Key, who was elected Prime Minister during the Global Financial Crisis and led the country during the Christchurch earthquake and subsequent rebuild, believes New Zealand will suffer through multiple years of a "recessionary environment" due to the damage currently being done by the coronavirus and the resulting nationwide lockdown.

"The economic damage is very significant, because you're really closing down half the economy, if not more," he said on the Golfizz podcast.

"Some people are working from home and doing things, but out the other end will inevitably come companies that go broke, redundancies, that sort of stuff, so we're probably two or three years of working through a more recessionary environment."

Key pointed to New Zealand's biggest bank – ANZ Bank New Zealand, where he is chairman – as an example for parts of the economy which can still work, as nearly 75 per cent of their staff can effectively work from home, but was less optimistic about the tourism sector, which stands to lose an estimated $12 billion over the next six months.

"You look at tourism, and it's just completely binary – it's either on or off, and it's off, they just can't do anything. I was on Air New Zealand's board to the end of March, and as it's been publicly stated, it's a company that made $6 billion dollars in revenue a year, and it's literally gone to $500 million.

"I saw some stats saying they carried 900 people on the Friday before Easter, and the same time last year they carried 58,000, so for a company like that it's immensely difficult, because all your revenue disappears.

"It's like running a restaurant and saying 'Normally I take $10,000 a night, and now I'm going to take $200, and have to pay all my staff' – it's just impractical, so it's really difficult for tourism."

Key has been watching the crisis unfold from his Parnell home in Auckland, and believes that factors that often disadvantage New Zealand have flipped to important advantages in the quest to overcome the pandemic.

"We have a lot of disadvantages being a little country at the bottom of the world, but when things like this happen we're in a better place because we're islands, we can just cut our borders, and we did that."

Current Prime Minister Jacinda Ardern has come in for criticism from some quarters for not immediately quarantining all new entrants in New Zealand, though she argued it was not feasible given the amount of entrants before the borders closed.

Key understands those arguments, but believes the low levels of community transmission shows that it wasn't a major blunder.

"You can create the arguments that people should have been in forced mandatory lockup, not self-isolation, but the reality is that the level of community transmission – it looks pretty low." 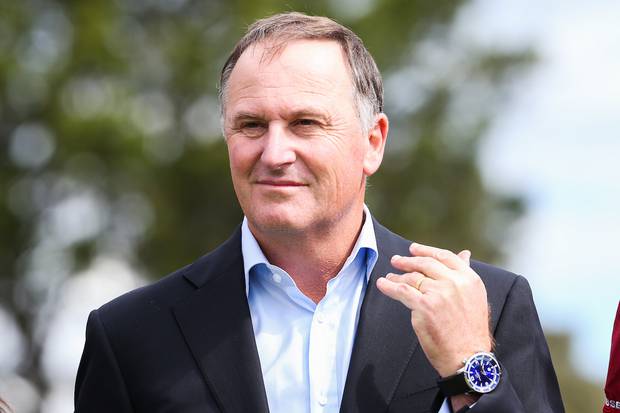 He added that the information gathered from observing other places where the coronavirus struck would have proved significantly helpful for the New Zealand Government to implement their plans.

"In London and New York and places where it's been terrible – Italy and Spain – they didn't have the learnings that we had from them. The reality was it just got away on them, and they're big cities where it's very hard to self-isolate, and there's just a lot more people."

Key has praised Ardern's communication skills during the crisis, and says although leading the country in difficult times can be a tough task, it also has its benefits.

"I don't overly miss it when I'm not there. Sometimes I look at Jacinda on TV and think 'oh yeah I've kind of done that or seen this', and when I'm out for a walk a lot of people quite often say 'oh I bet you're pleased you're not there now'. I don't wish I was there, but I don't think if I was there I'd be worried about it.

"Obviously it's a big task, it's a big job, and bits of the things you do can be quite thankless.

"But part of the great thing about being in a leadership role is when people rely on you and you can actually make a difference - that's a great feeling."

Dr Ashley Bloomfield says the 15 new cases are made up of six confirmed cases and nine probable cases. Twelve people are in hospital, three are in ICU and two are in a critical condition.

When quizzed by the golfing podcast on whether golf could play a role in helping the tourism industry get back on its feet, in part due to being able to be played while maintaining social distancing, Key acknowledged that it could be a driver for recovery.

"When I was Minister of Tourism we said 'look, we get about 3.5 million tourists a year – how do we get the people we actually want?' Obviously that doesn't mean we don't want young backpackers who might fall in love with New Zealand and have a long-term affinity for the country, but the truth is you want people who spend money, so we went and targeted high net-worth individuals and golf tourism was a big part of what we did.

"It was pretty disappointing they didn't allow the greenkeepers to have access to the courses for the first couple of weeks [of lockdown]."