Several New Zealand businesses are encouraging more than 25,000 staff to get vaccinated via incentives of prizes, $100 cash, $200 donations to charities and extra holidays.

As the country's vaccination programme ramps up, these businesses have devised incentives for those who agree to be jabbed.

Fletcher Building's 13,700 staff here, in Australia and the Pacific Islands, have been invited to participate in its programme named #myWhy, a spokesman said.

Westpac, with 4000 staff here, said in June it was introducing paid special leave for employees to attend Covid-19 vaccination appointments.

UP Education is offering cash and charity donations.

Steel & Tube is offering $150 cash and other incentives to its staff of around 850 people.

SkyCity Entertainment Group, with 4200 staff, has offered staff paid time off work to get jabbed and brought in Dr Siouxsie Wiles to talk to its people.

A Fletcher spokesman said: "We have that internal communications campaign going which encourages our people to share the reasons for being vaccinated in the form of videos, photos, posts on our intranet site."

That is to show why they are choosing to get vaccinated and gives them an opportunity to win prizes, the Fletcher spokesman said.

Wendi Croft, Fletcher chief health and safety officer, said: "It was a no-brainer. It saves lives. If you get Covid, you don't get as sick. We're not essential or front-line but it's better for business. It keeps people at work." A prize draw for six $100 Prezzy Cards and a grand one-off prize of an iPad Pro are the rewards. The scheme was launched on Monday, Croft said.

More than 5000 people had engaged in #myWHY on social channels and nearly 100 submissions had been made from staff, submitting photos and videos.

Simon Power of Westpac NZ said staff would be able to apply for a half-day special paid leave for each of their vaccination appointments equalling one full day of leave.

"Getting as many people as possible vaccinated is vital to protecting our whanau, friends and community from further outbreaks, as well as opening up our borders and economy to support jobs and incomes," Power said on June 7.

Business had a role to play, alongside government, the health system and individual Kiwis.

"We recognise that vaccination is an individual decision, but we want to do everything we can to encourage employees to roll up their sleeve and get the jab. You'll find me in the vaccination queue," Power said.

UP Education is offering 1000-plus employees a $100 prepaid gift Mastercard or a $200 charitable donation when they are fully vaccinated. It has more than 14,000 domestic and international learners and chief executive Mark Rushworth said: "Vaccinations are the best tool we have to plot a path back to normality, but people need to be motivated to get vaccinated quickly." 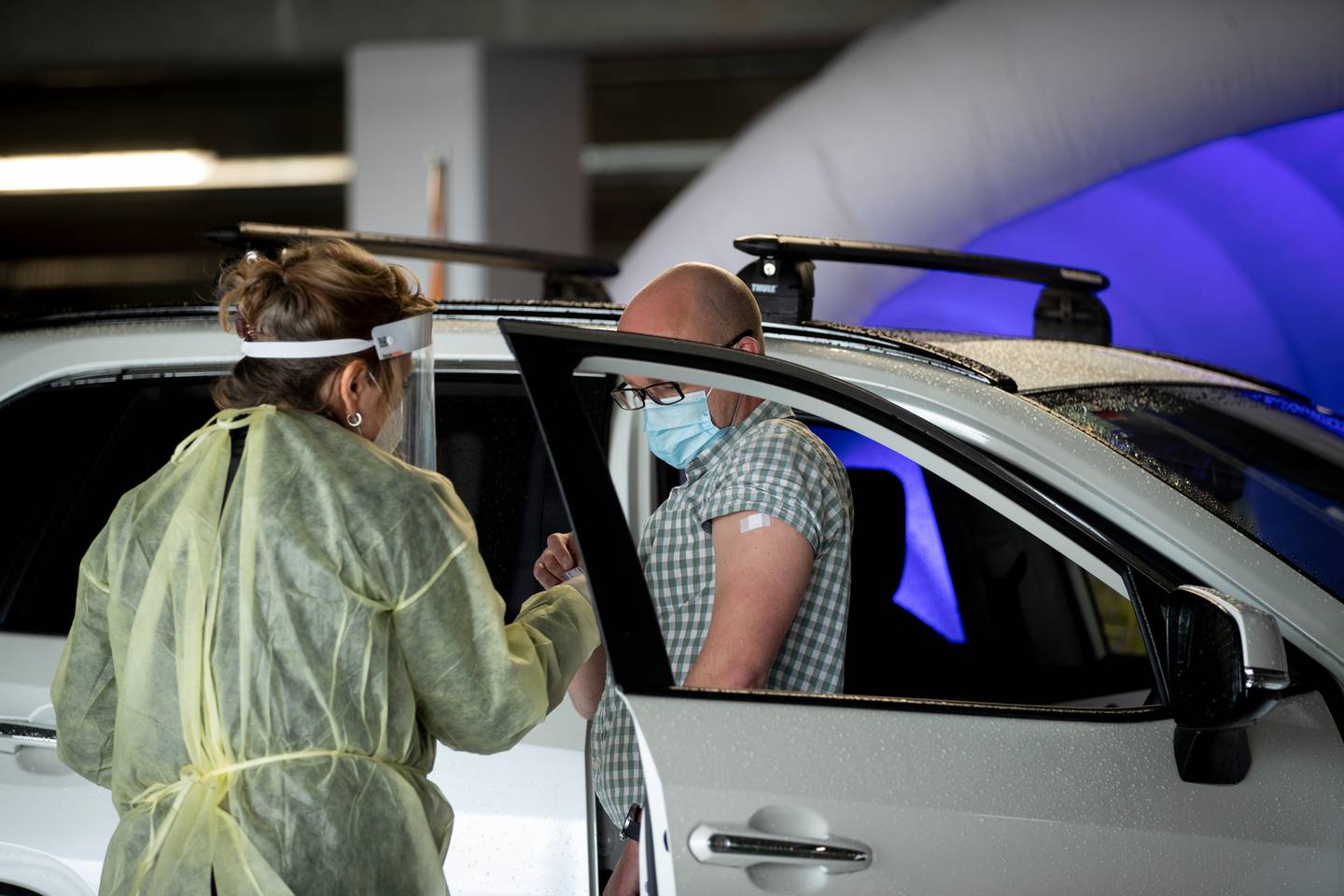 Fisher & Paykel's drive-through vaccination site for its workers and their household bubbles in its underground carpark in East Tamaki. Photo / Dean Purcell

"We're giving employees a one-off bonus when they show us that they are completely vaccinated. We see this as a small contribution to support vaccine uptake and to thank our team for doing their part. I hope it will inspire them to get vaccinated quicker and take their families along at the same time," Rushworth said. 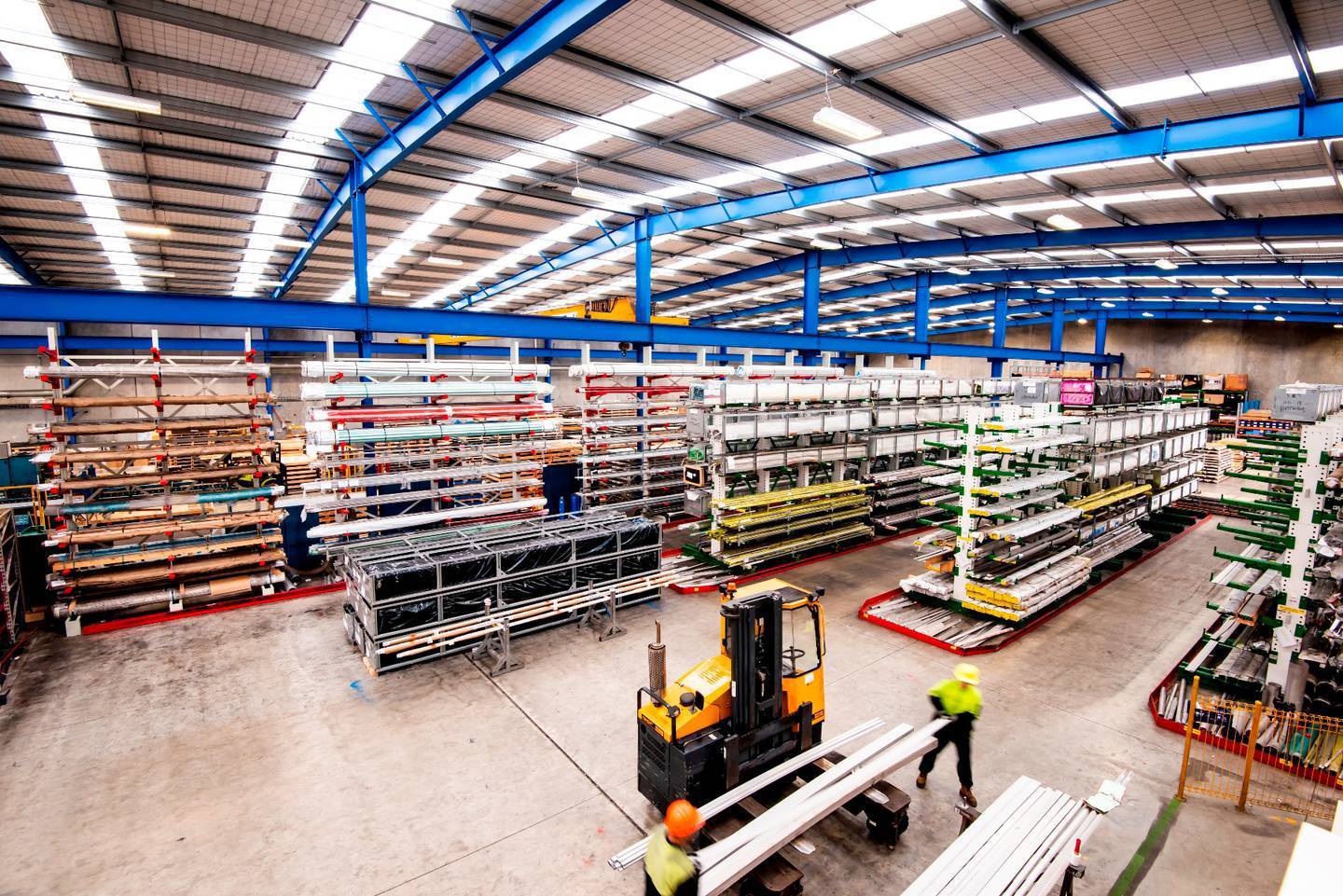 Steel & Tube staff are incentivised to be jabbed. Photo / Supplied

Steel & Tube is offering workers $150 in cash, KiwiSaver contributions or company shares if they get both doses of the vaccine by mid-November. Chief executive Mark Malpass said the company believed a fully vaccinated workforce would be safer for employees, customers and suppliers.

Many other firms have also been reported as running incentive schemes. Hanmer Springs Thermal Pools and Spa has been reported as offering staff incentives, along with North Canterbury lines business MainPower.

Fisher & Paykel is aiming to have 100 per cent of its staff vaccinated.

Law firm Jennifer Mills & Associates of Auckland CBD noted many employers were eager to encourage their workers to get vaccinated.

Paid time off to their employees was being offered but some employers were going further to give rewards.

Broadband company Universal Communications Group said it would provide an extra day of annual holiday to its employees who get both doses of vaccination, the firm noted.

UCG has more than 1250​ employees and contractors here and in Australia, the law firm noted.

"Although such reward initiatives are well-intentioned, employers ought to consider the legal pitfalls. Both the Employment Relations Act 2000 and the Human Rights Act 1993 protect workers from discrimination based on certain protected grounds, such as religious belief and disability. It is noted that 'disability' has a broad meaning under the Human Rights Act, and it includes physical and psychiatric illness," the law firm noted.

The Herald has already reported how Air New Zealand is prepared for a court fight over its plans to dramatically expand the number of staff who would need a Covid-19 jab for their current jobs. The airline's safety boss says it is not a ''no jab - no job'' policy, but the plan to extend the requirement to thousands of others not covered by government orders makes sense to ensure the wellbeing of the workforce.

Auckland Airport will only hire staff vaccinated against Covid-19 in future and existing frontline staff without the jab face losing their jobs.