Police have paid a visit to a bargain store this morning to discuss whether it should be open during the nationwide lockdown.

Crackerjack in Hamilton was open for walk-in customers this morning, the first day of a month-long lockdown designed to stop the spread of Covid-19 in New Zealand. Other stores owned by the company were also open in Auckland.

Police officers at the scene would not comment. The company did not respond to calls.

Some of the company's employees questioned whether it was an essential service, and said they did not feel safe working during the lockdown. A handful of workers had quit, and others were threatening to. 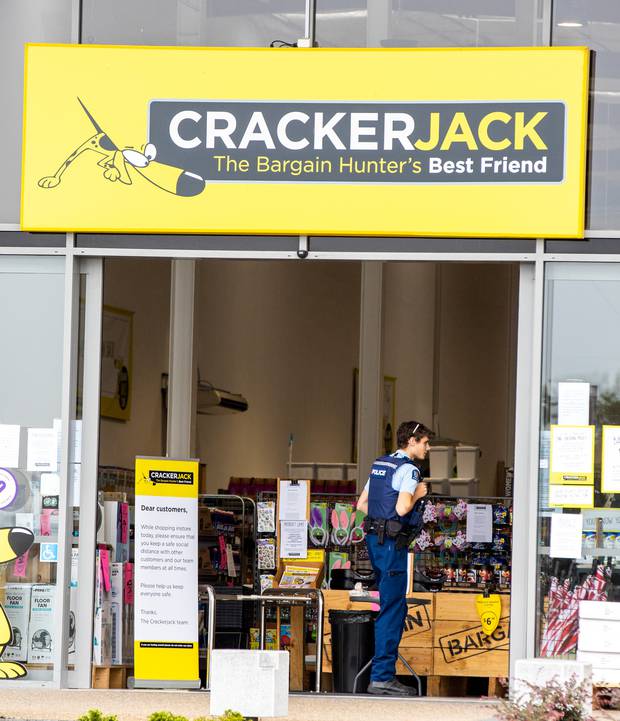 Crackerjack in Hamilton was open for walk-in customers this morning. Photo / Mike Scott

"We are being forced to work during the lockdown," said an employee at an Auckland store, who asked not to be named for fear of losing her job.

"We were told that if we didn't want to work it was okay. Now we've been told that there will be disciplinary action if we don't come in to work. Which is a warning, and eventually being fired."

The employee said she did not feel safe working at the store. She had applied for leave for her next shift, and if it was not approved she would resign.

"I definitely have safety concerns. We've been told that our masks will be shipped in next week, which means there is a whole week where we won't have masks to keep us safe.

"We can't keep a 2m distance at the till, there are no barriers. We have only been given hand sanitiser and wipes, and the floors have been marked with yellow tape."

An online petition calling for Crackerjack stores to be closed has been signed by 800 people.

On its website, the company is advertising cleaning and disinfectant products and says that it is supplying frontline services. 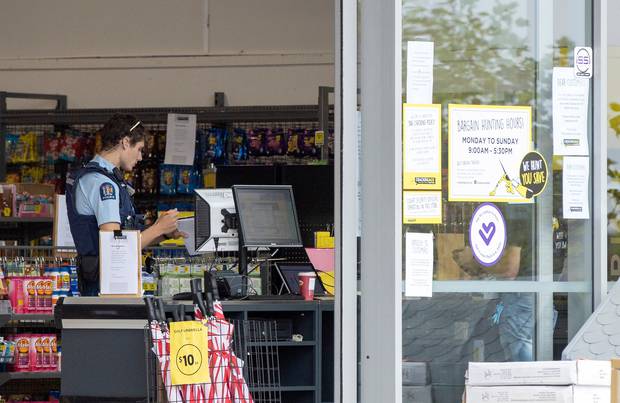 An employee said she didn't want to work during the lockdown. Photo / Mike Scott

The Warehouse, which has a similar product range, was told by the Ministry of Business, Innovation and Employment (MBIE) that it could not open during the lockdown. It initially believed it would be categorised as essential services because it sold groceries, toiletries, cleaning products and clothing.

The worker from the Auckland store said she did not believe Crackerjack qualified as essential services: "We sell the same stuff as the Warehouse."

As the lockdown approached, industries lobbied the Government to be categorised as essential services. Liquor stores, bakeries, butchers were among those who failed to convince MBIE they needed to stay open.

Yesterday, workers walked out of the Sistema plastics factory in Mangere over safety concerns.

"Those workers were not in a safe environment," said E Tu Assistant National Secretary Annie Newman.

"They can't even go to the tearoom without being shoulder to shoulder."

Newman said the company believed it was an essential service because it made containers for food products. She said this was yet to be confirmed by MBIE.

There are further petitions online demanding that other factories, including meatworks, be shut down because of their large number of employees and the risk of undermining the lockdown.