Costco has revealed its petrol pricing for its service station at Westgate, which opens this morning. 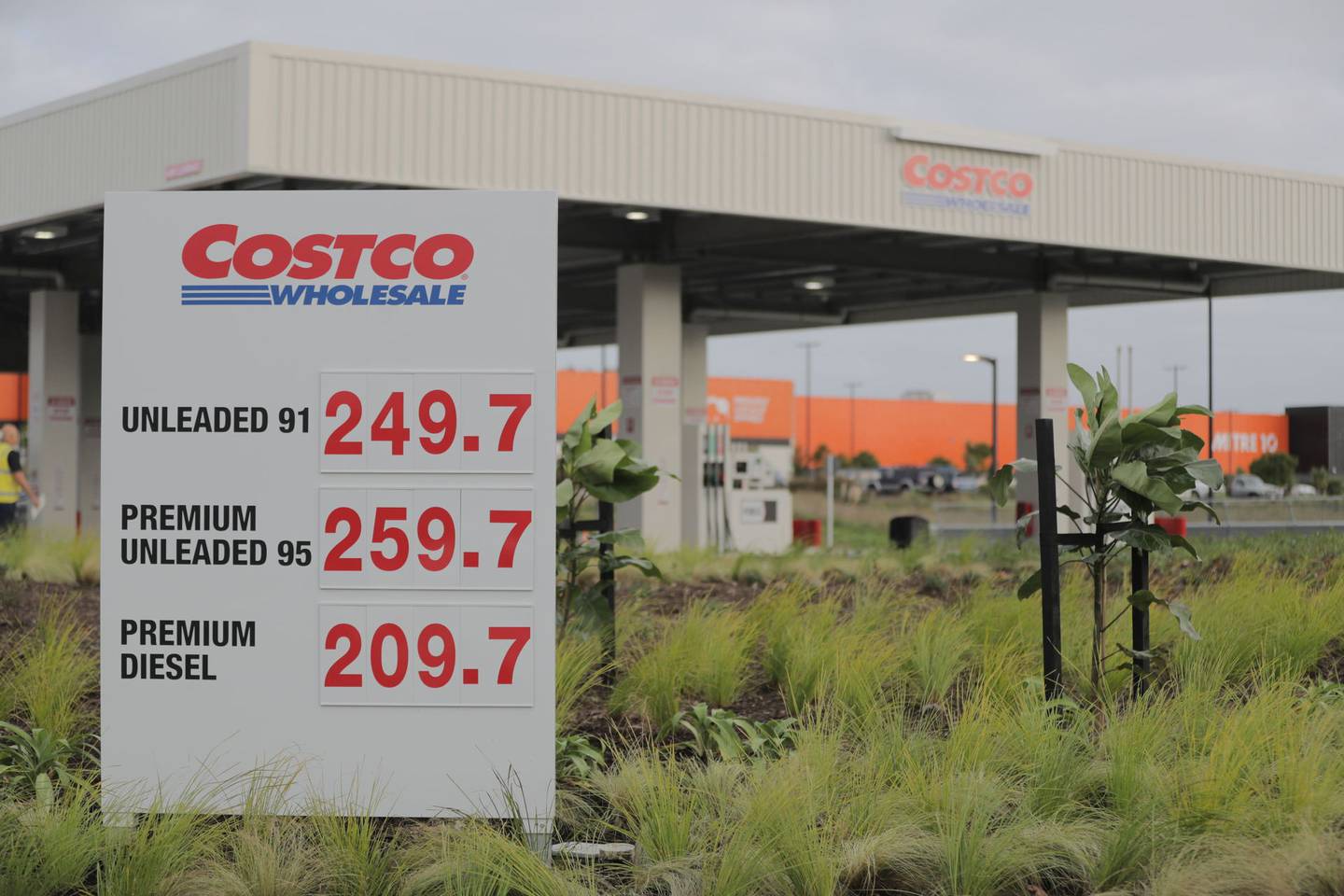 The catch: the self-service station's 27 pumps are only available to Costco members.

An annual membership costs $60 or $55 for business.

So far, the only way to register is to join a queue of up to 90 minutes at Costco's temporary admin office at Westgate, but the retailer says an online option is on the way.

The first wave of cars came through at 9.20am.

The service station is opposite the $100m Costco store at Westgate, which the retailer's Australia-NZ boss Patrick Noone says will open in late August.

As in Australia, Costco is partnering with Mobil.

In its recent report into supermarket competition, the Commerce Commission said, "Woolworths NZ [owner of Countdown] also told us that Costco is seen as a "destination shop" and that they have seen analysis from Australia suggesting that Costco stores have in-person catchment areas of approximately 25km."

That's for general shopping. Across the Tasman, a report for the New South Wales state government found Costco influenced petrol prices in a 5km radius around its stores.

Costco also plans stores in Wellington and Christchurch, subject to the performance of its Auckland operation.

A 2020 Houston Chronicle report said the giant retailer at times uses fuel as a "loss-leader", selling at 20c to 30c cheaper per gallon (3.7 litres) than traditional service stations to attract customers to the rest of its business. And in a March 11 article on the Ukraine crisis highlighting "cheap gas" at Costco and other big retailers, the Wall Street Journal said, "Big box retailers are counting on drawing in consumers with cheaper gasoline and then having them leave with an armful of groceries too."