The complexity of international banking is a major deterrent for Kiwis to expand their business overseas, however, low ambition was also a factor, according to new research by Wise, a global money transfer service.

Independent researcher YouGov polled more than 4800 micro, small and medium businesses (MSMBs) across the world and found that half of all New Zealand MSMBs operate internationally, slightly more than the global average of 46 per cent.

But Kiwi MSMBs fall behind when it comes to our ambitions for international expansion, New Zealand manager for Wise, Tristan Dakin, said.

Only 17 per cent of Kiwi MSMBs said they intend to expand internationally in the next five years, the second-lowest of all countries surveyed and behind the global average of 26 per cent.

More than half of New Zealand's MSMBs who reported feeling prevented or discouraged from either venturing or further expanding overseas cited the cost and complexity of international banking as a major deterrent. This was the top deterrent behind the lack of capital or resources (35 per cent) and import tariffs and taxes (25 per cent). 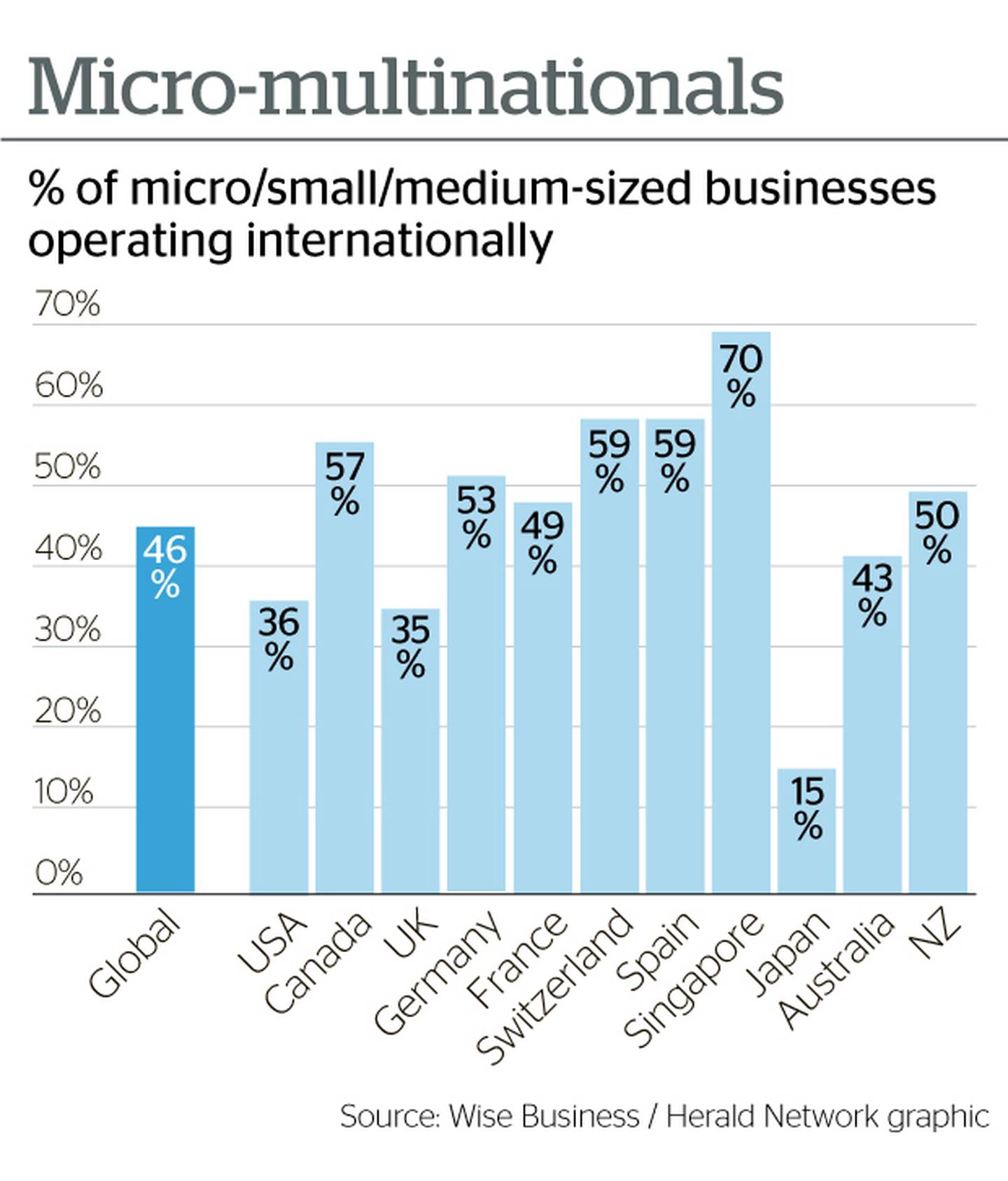 The research was commissioned by Wise Business - formerly known as TransferWise - and independently conducted by YouGov.

Dakin said he wasn't surprised by the findings.

"For most business owners, they use their bank to manage currencies, handle foreign exchange rates, set up foreign bank accounts, and pay invoices. They deserve support - not slow services, hidden fees and endless friction," Dakin said.

It's not a problem unique to New Zealand, international banking is a struggle for small businesses across the world. In fact, payment-related factors came out on top in all the countries surveyed, with the exception of Japan, he said.

"The data shows us that most micro-multinationals rely on bank transfers or card payments with banks simply because it is easier to stick to the same provider for both domestic and internal payments. Businesses all over the world are simply pouring their money down the drain in unnecessary fees."

The research considered the state of small and medium-sized businesses operating abroad, classed as "micro-multinationals". It found that 20 per cent of Kiwi micro-multinationals use banks because they are not aware, or don't know enough about, digital services or payment providers.

"The old world of international banking is slow, costly, opaque - and still dominant. We know that small businesses seldom have the time or resources to compare payment providers, particularly when these options can seem confusing. "And yet, it's our small business community that has the most to gain from the time and cost savings provided by modern payment methods - for whom expanding abroad can be the difference between flourishing and folding."

Wise Business provides an alternative to traditional providers. Businesses can send money abroad for a small, up-front fee, with no fee hidden in the exchange rate - and 40 per cent of all payments arrive instantly. Features include Wise's local account details, which save businesses having to open bank accounts in other countries.