Coca-Cola has unveiled new bottles with caps that don't come off in a bid to take control of worrying recycling issues.

The British arm of the global beverage company announced it has started rolling out new versions of its iconic plastic bottles in an attempt to keep the lids out of landfills.

While caps are typically made from high-density polyethylene (HDPE) and polypropylene (PP) – both of which are in high demand for recycling – many consumers still remove the lid when recycling.

The new "attached cap" design is supposed to make it easier to recycle the whole package at once while also preventing the common recycling mistake.

However, the transition currently only applies to UK bottles, according to CNN Business.

"This is a small change that we hope will have a big impact, ensuring that when consumers recycle our bottles, no cap gets left behind," said Jon Woods, general manager at Coca-Cola Great Britain, in a statement. A placard made out of a Coke box is seen among plastic bottles and tin cans during a demonstration. Photo / AP

Reaction to the new lids has been divided, with some stating the caps were still plastic and therefore not solving the issue.

"They'll brag about this being innovative design. I wonder how many research dollars went into this. But it's still f***ing plastic, yo. Ridiculous," one person raged on Twitter.

"This is a teeny tiny effort to protect our planet. Plastic is killing our home. There is no planet B. How about spending some of ur vast profits to develop a better container for ur products?" another vented.

However, others praised the move, calling it a "responsible" decision.

"I like seeing @CocaCola being a responsible corporate citizen in this way. The tops are too small to go in recycling alone. Keeping them tethered to the bottle is a great way to keep them out of landfills and waterways," one wrote.

"Bravo, don't know if it will work, but I appreciate the effort @CocaCola," another declared.

The move comes after the European Union made it mandatory for caps and lids to be attached to all beverage containers as part of its directive on single-use plastics. Many companies have until the end of 2024 to comply, USA Today reported. 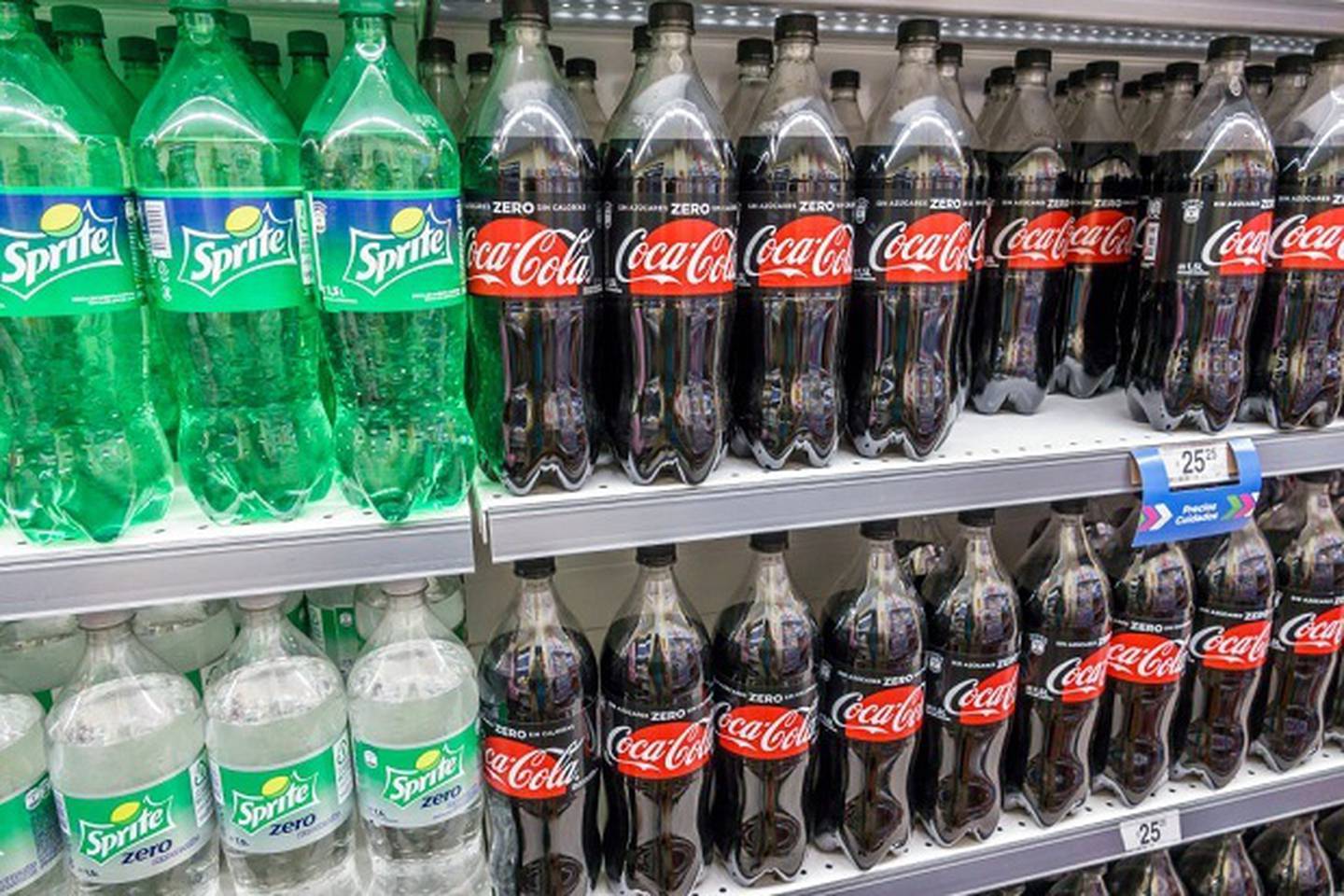 Consumers will no longer be able to remove lids on its most popular drinks. Photo / Getty Images

Globally, plastic waste is a huge issue and it was only made worse by the Covid pandemic as healthcare systems relied on single-use items during the vaccine rollout.

For companies like Coca-Cola, branded bottles and caps ending up on beaches or in landfills can be extremely damaging to the brand – not to mention incredibly harmful to health.

Plastics break down into microplastics that make their way into the air and ocean, harming marine life as well as ending up in our food and lungs.

Coke's latest move in the UK is part of the brand's global World Without Waste initiative which aims to collect and recycle the equivalent of every can or bottle it sells by 2030.