A Queenstown resident has taken a caveat out against US billionaire Peter Thiel's multi-million dollar clifftop home in a bid to stop it being sold to another buyer.

Brian McGee told the Herald he had taken issue with the sale process for the home, which boasts sweeping views over Queenstown's Lake Wakatipu.

He said he registered the caveat to stop the house being sold until his dispute is resolved.

McGee claimed he had been told by an agent verbally his offer to buy the house had been accepted, before the house was sold to another buyer with a higher offer.

The agent said he could not discuss the matter further because he was bound by confidentiality towards his client, the home's seller.

Industry regulator the Real Estate Authority said all contracts to buy land in New Zealand must be in writing and that verbal agreements cannot be enforced.

Thiel bought the property - nicknamed the plasma house - in 2011, having secured New Zealand citizenship after spending just 12 days in the country. 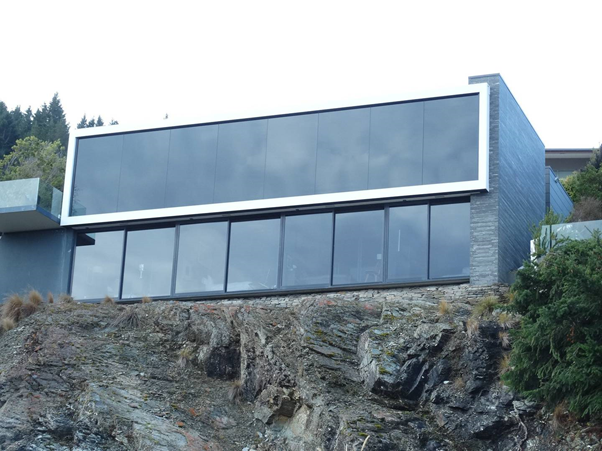 Peter Thiel's Queenstown home, nicknamed the Plasma house, has gone on sale in the past week. Photo / ODT

He put it on the market just over a week ago, with the agent saying the Covid-19 pandemic had made it harder for the home's overseas owner to visit New Zealand.

McGee said that led him to offer to buy the home last Tuesday for about $6 million.

He claims he was told his offer had been accepted. He and an agent toasted the sale with a drink on Wednesday evening as they looked over Lake Wakatipu from behind the home's 15-metre wide landscape windows, McGee claimed.

But a purchase offer from another buyer, who flew into Queenstown last weekend to check out the home, was later accepted, McGee claimed.

"It is understood that Thiel subsequently accepted an offer from a third party at a considerably higher sum," he said.

McGee acknowledged he had not received anything in writing confirming his offer had been accepted.

McGee also said he was contacted on August 7, three days after he claimed his offer was accepted, informing him that a prospective buyer had made a higher offer, it was now a "multi-offer" situation, and inviting him to make a higher offer to secure the home.

McGee said he refused because he was unhappy with the developments before lodging the caveat.

A Land Information NZ spokeswoman said the caveat had been "lodged by a purchaser to protect their interest in the property". 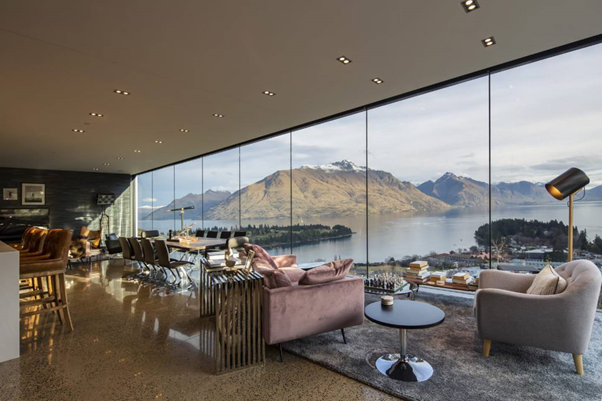 Real Estate Authority (REA) chief executive Belinda Moffat could not comment on the specifics of the case.

But under New Zealand law, all property contracts must be in writing, she said.

Moffat said it was important to remember selling agents were working for a home's seller, not its buyer.

That meant their primary responsibility was to get the best sale price for the seller.

"In a multi-offer situation the licensee needs to be careful when communicating with potential buyers about the status of a verbal offer," Moffat said.

"Even if the vendor has said they will accept the offer, the agent should explain to the buyer that a verbal acceptance is not binding, and there is always a risk something could change before the vendor signs the sale and purchase agreement."

Moffat said it was important real estate agents dealt fairly with all parties, including buyers, and did not mislead them.

The five-bedroom home was sold to Thiel's company, Second Star Ltd, 10 years ago for $4.8m.

Sitting on an outcrop, it offers stunning views from its lounge room and is noticeable around town for its line of gleaming windows fronting the lake.

Another agent reportedly raved about the view last week saying he thought it was "the best view I've ever seen from a house".

He said while some homes in Queenstown had doubled in value over the past decade, that wasn't necessarily the case with this home and the vendor expected "a little over $6m for it".

"It comes down to [the vendor] being realistic, they're not just trying to make a whole lot of money out of it."

Thiel first visited New Zealand in 1995 when he was 28. Immigration documents show he first applied for an investor visa in March 2003, then again in 2005.

He was granted citizenship in 2011, despite having spent only 12 days in the country.

A venture capitalist, Thiel is reported to have made around US$2.3 billion from his early investments in Facebook and PayPal.