When McDonald's unveiled its "vegetarian" burger last year it confused a lot of people – and the same thing is now happening to global fast-food chain Burger King.

The fast-food chain added a new plant-based burger to its menu in New Zealand.

The only problem is, but it's not actually suitable for vegetarians.

Even though the $8 Rebel Whopper isn't made with any meat (or animal by-products), it is cooked on the same grill as meat burgers, the chain has said.

Instead, just like the Macca's McVeggie burger, the product is intended for "flexitarians" rather than vegans or vegetarians.

"The Rebel Whopper is not vegetarian due to the plant-based patty being cooked on the same grill as beef patties,"a disclaimer on the Burger King site states.

It does however feature a plant-based patty, flame-grilled just like the classic Whopper, giving it a similar smoky, barbecue flavour.

Burger King New Zealand head of marketing Andrea Spearman told Stuff, the burger was 100 per cent plant-based but cooked on the same equipment as beef patties, so was not vegan or vegetarian.

It was an option for "flexitarians" and people looking for an alternative to meat that still tasted like a burger, she said.

Vegetarians are yet to give their verdict on the burger but if Macca's version is anything to go by — it will generate some mixed reviews.

When McDonald's unveiled its meat-free burger in November, many vegetarians were left "disappointed" while others saw it as a "step forward". 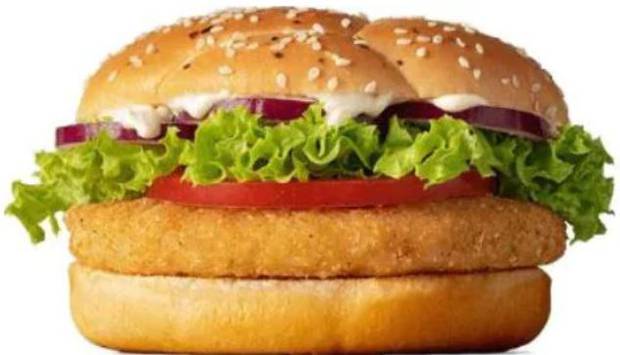 "I would be happier if it was prepared vegetarian. But it's progress. The more vegie junk food the better lol," one Twitter user said at the time. "It's a positive for less meat consumption. Any step in that direction is a positive," another said.

When Burger King US introduced its version "Impossible Whopper" in November last year, it was sued by a vegan for cooking it on the same grills as traditional beef Whoppers.

It was rendered "unfit" for people who don't eat animal by-products, according to the court case.

The man from Georgia in the US, Phillip Williams, said when he bought the burger, he believed it conformed to his "strict vegan diet".

He alleged that the Burger King where he purchased his meal had no signs indicating that Impossible Whopper patties were cooked on the same grill as meat items on the menu or that asking for a non-broiler cooking method was an option, the Washington Post reported.

The case noted there had been "numerous consumer complaints posted online" from others also angry at the cooking method.

On its website it states the plant-based burgers as "100% Whopper, 0% Beef," and in smaller print below the description, the company says customers who want a "meat-free option" can request their Impossible Patties not be prepared on the broiler where beef and chicken products are cooked, the publication reported.