The Auckland Council is going after a high-profile cafe owner's business and home after his refusal to pay a whopping $350,000 in rates - the city's largest outstanding rates bill.

Information obtained by the Herald under the Local Government Official Information and Meetings Act shows Dilip Kumar Rupa's popular Rupa's Cafe on Wellington St in Freemans Bay and his Grey Lynn home have racked up the eye-watering tally after years of non-payment and claimed penalties.

The council has registered charging/rating orders against the titles of the Freeman's Bay business premises and Grey Lynn property partly owned by Rupa and is applying to the High Court for a forced rating sale if necessary to recoup the money.

If successful it would be just the second compulsory sale for overdue rates since the Super City was formed in 2010.

Two of Rupa's family members - Sarda Davi Rupa and Rewa Kara Jaga Rupa - are co-owners of the two properties and listed as co-defendants.

The properties have a combined capital value of about $5.5 million and currently incur about $20,000 annually in rates.

Rupa is no stranger to controversy. Earlier this year he became the country's first person to be prosecuted for failing to display Covid-19 QR codes. 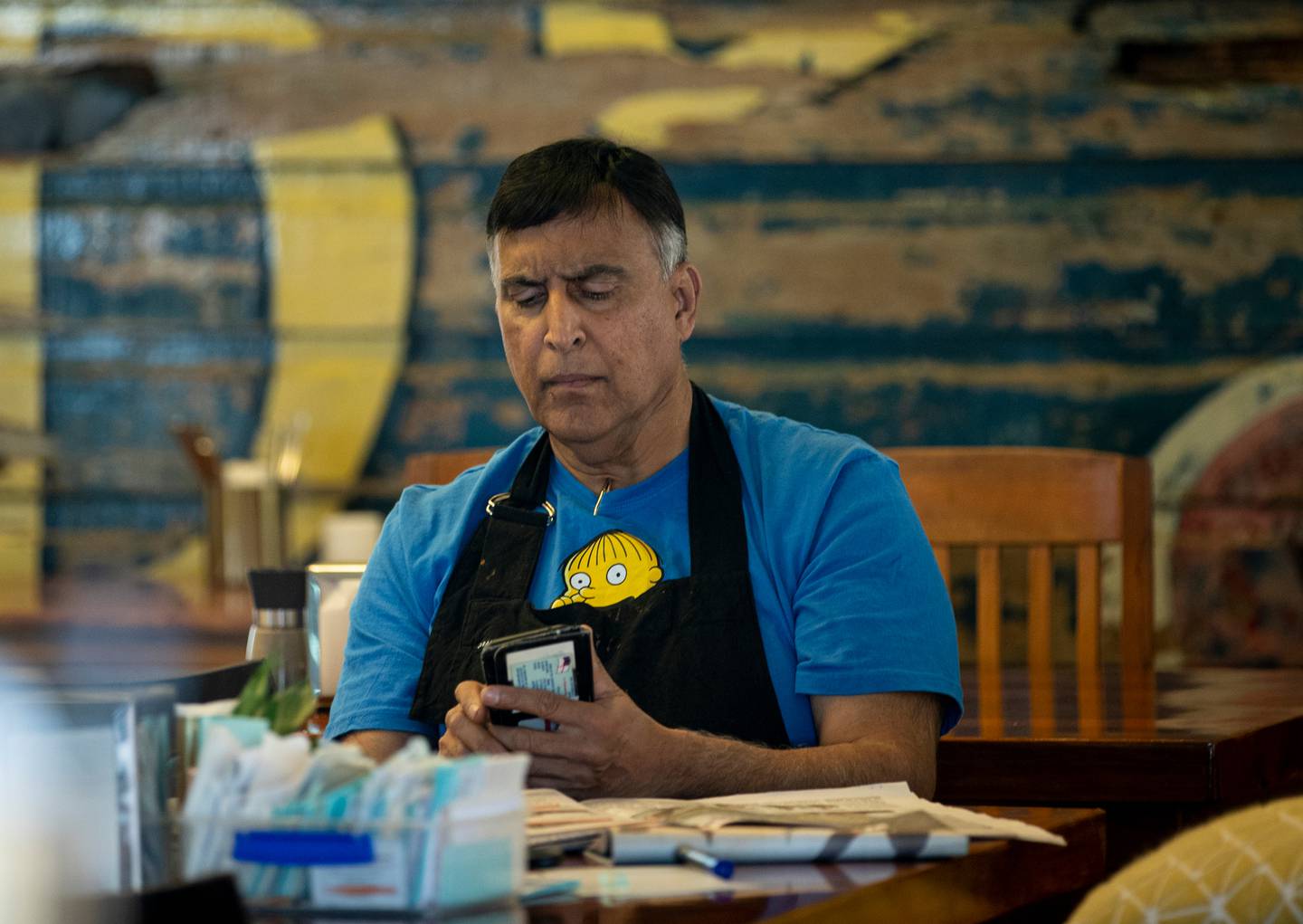 Dilip Rupa, from Rupa's Cafe in Freemans Bay, could lose his house and businesses over his refusal to pay $350,000 in overdue rates. Photo / Dean Purcell

Police and WorkSafe visited Rupa's cafe and he was issued a directive letter before two $300 infringement notices were served late last year.

After allegedly continuing to refuse to display a QR poster, Rupa was charged under the Covid-19 Public Health Response Act.

He is due back in court next month and, if convicted, faces up to six months' imprisonment or a fine up to $4000.

Rupa, who was born and raised in the flat about the cafe, has a long history of acrimonious run-ins with the Auckland Council.

His parents bought the Wellington St building in 1953. Rupa has previously told media how his parents had property across the road compulsorily acquired and later fought to prevent the cafe's demolition to make way for a neighbouring school.

He has also had resource consent scrapes with council officials over plans to rebuild the cafe in the design of a giant elephant and the restoration of a historic Bushells Tea sign.

Rupa refused to discuss the huge overdue rates bill with the Herald, saying, "I'm not at liberty to reveal anything", directing further information requests to the council.

"I'm telling you to investigate the reason why I didn't pay it."

He then hung up.

The Auckland Council is also being tight-lipped due to privacy concerns. But it confirmed that two debts (one residential and one mixed-use) remained unpaid and that the council was "working towards making an application for a rating sale".

"As for the reasons for the unpaid rates, endeavours to recover the cost, and a breakdown of which properties it applies to, the council is unable to provide this information without breaching the Local Government Rating Act or breaching the Rupas' privacy." 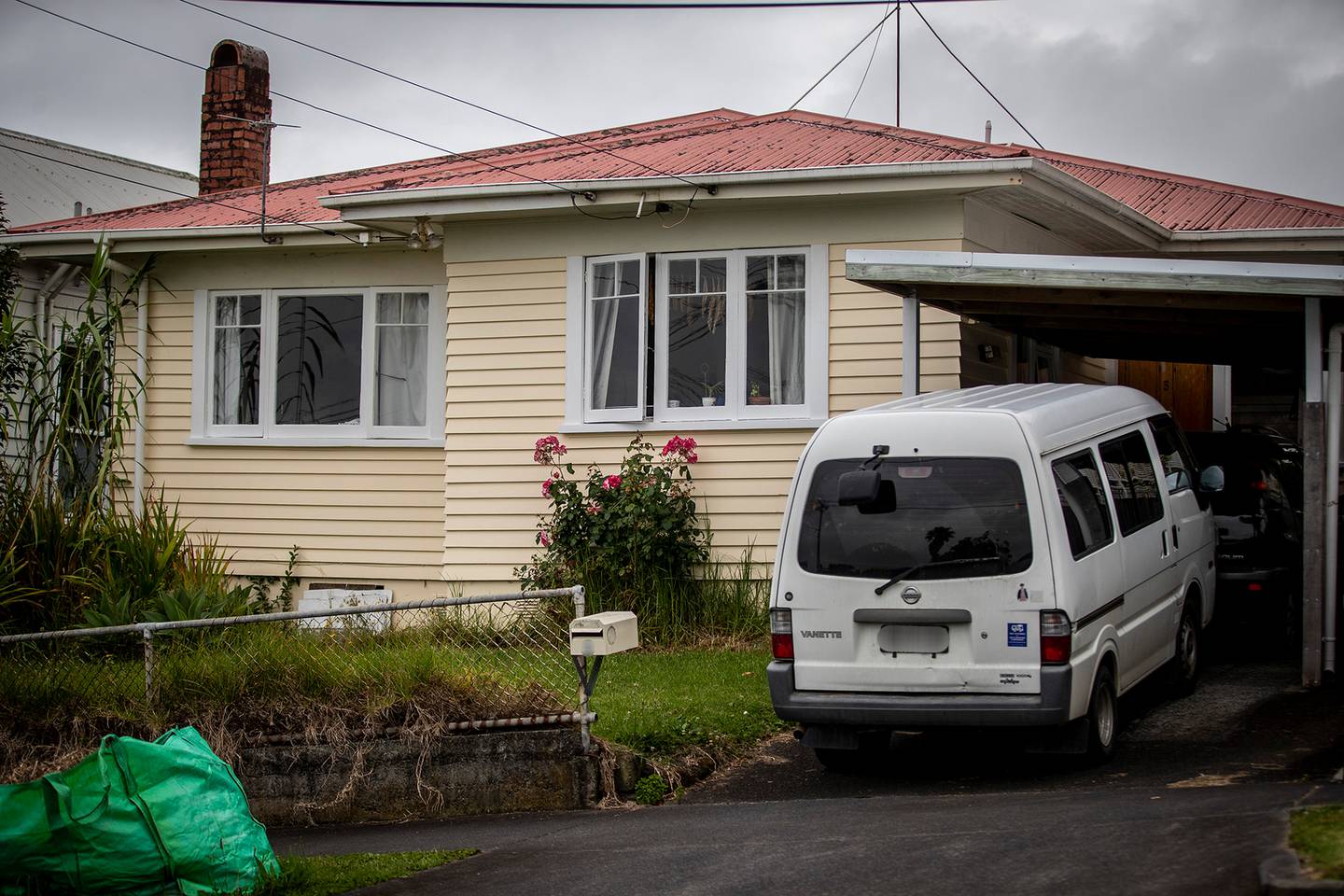 Auckland Council has registered a charging/rating order against the title of this Grey Lynn home in connection with a $350,000 unpaid rates bill. Photo / Michael Craig

Earlier this year the Herald fought for access to the High Court file. It shows the Auckland Council obtained a judgment against the Rupas in October last year for $292,877, with a final charging order issued the following month.

That figure had since ballooned to $350,000 because of the extra money now owed under the Local Government Rating Act.

"I guess when you start compounding penalties over time - 10 per cent added to your balance each year - it can grow quite quickly."

Some people occasionally challenged the council's legal authority to levy rates and refused to pay their share, Bishop said.

In such cases the council could file court proceedings, but this was rare and a last resort. Workers dismantling the historic Bushells sign in 2001 from the Freemans Bay dairy where it had stood for more than 55 years. Photo / NZME

The council had a process to follow when setting and collecting rates and had to ensure all ratepayers were treated fairly, Bishop said.

"We can't write it off, to be fair to all the other ratepayers who are paying that money.

"It sounds like in this case we haven't been able to get any sort of traction or have any meaningful correspondence with that ratepayer and we're asking the court to make an order.

"No one wants to have their house sold from under them. In 90 per cent of cases common sense prevails."