Legal action is being planned by a powerful group of waterfront residents and businesses to stop Auckland Transport's plans to narrow Quay St from four lanes to two and initial enabling works due to start next week.

David Ramsay, chairman of the Shed 23 Princes Wharf residents' committee, said a group would go to the High Court seeking a judicial review of what was expected to be a non-notified consent to allow the initial works to be carried out.

Ramsay said that as of Friday last week, Auckland Transport "had not applied for resource consent but was advertising that the works would be starting in less than two weeks. Because the effect on local businesses and residents is more than minor, the Resource Management Act requires notification of affected parties, who have 20 working days to make submissions. Auckland Transport's attitude to date is that the effect on any other party is less than minor."

Auckland Transport's plan is to rework the waterfront street, creating wider footpaths and easier navigation, designed for a 30km/h speed. The area will also feature street furniture, trees and various opportunities for business and events. These changes will, however, necessitate a reduction of the number of lanes. 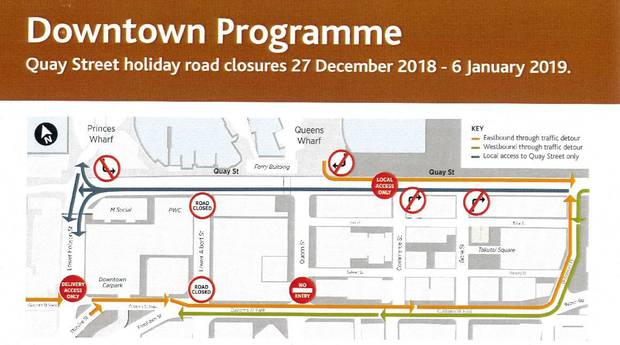 An Auckland Transport spokesman said this morning he did not know about the group but the works starting this month had been widely advertised.

Ramsay described a nightmarish scenario where residents and businesses struggled through roadblocks to access their places, had to prove they lived there to drive in, traffic congestion worsened and the city became more clogged as Auckland Council's vision of a more people-friendly waterfront was exercised.

Ramsay said people in the area were shocked to get an Auckland Transport road closure and detour notice for works, planned during the Christmas/New Year holiday period.

This would be the subject of legal action, he said.

"We've received a notice saying work will start by relocating services from December 27, digging big trenches and closing Quay St to all but local traffic from Britomart to Lower Hobson St until January 6," Ramsay said.

Auckland Transport's notice advised of closures and detours around Quay St, cut back to one westbound and one eastbound lane from December 27 to January 6.

Access to the area would be maintained for local businesses and hotels, customers and residents, service and delivery vehicles and to those going to Princes and Queens Wharves and the Viaduct Harbour, Auckland Transport stressed.

"There are two aspects to this: the first is the long-term plan for Quay St, to reduce it from four lanes to one lane in each direction and the second is the works about to start next week," Ramsay said.

The enabling works, as well as permanent two-laning of Quay St, would create many issues and significant disruption, he said.

Martyn Reesby of Princes Wharf-headquartered financier Reesby Capital said that once local businesses understood the implications of the changes, he expected strong support. 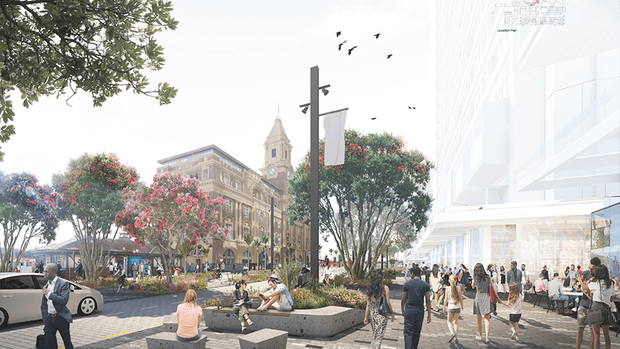 The council was being asked to approve the works on a non-notified basis, saying that the effects were less than minor, he said.

"Obviously this is not the case. There are tens of thousands of people affected and hundreds of businesses. Council has not consulted properly with the businesses or residents or provided a proper notice that they intend closing Quay St permanently to one-lane from Christmas. They have deliberately done this so that we are unable to appeal. We found out about this only late last week and a lobby group is being formed to dispute the change. The timing of the consent application just before Christmas, and the short timeframe of the notice before starting the works, makes any appeal more difficult," Reesby said.

Law firm Duncan Cotterill had already been engaged and a letter sent to the council, putting it on notice about the group's intentions to take a legal challenge if works went ahead, Reesby said.

Although the plans had been widely promoted for some time, Reesby said the December 27 work's notice was a surprise to businesses in the area.