A Kiwi adman has chosen an unusual support person to accompany him to a redundancy meeting.

In lieu of the usual suspects of a friend, colleague or family member, the member of the creative team at FCB hired a professional clown to attend the meeting with him.

An image sent to the Herald overnight shows the staffer, sitting alongside his support clown while he talks to the individuals running the meeting.

In the strange world of support creatures, this adds another colourful addition to a quirky crew that already includes hedgehogs, peacocks and goats.

The Herald understands that the clown blew up balloons and folded them into a series of animals throughout the meeting.

It's further understood that the clown mimed crying when the redundancy paperwork was handed over to the staffer. 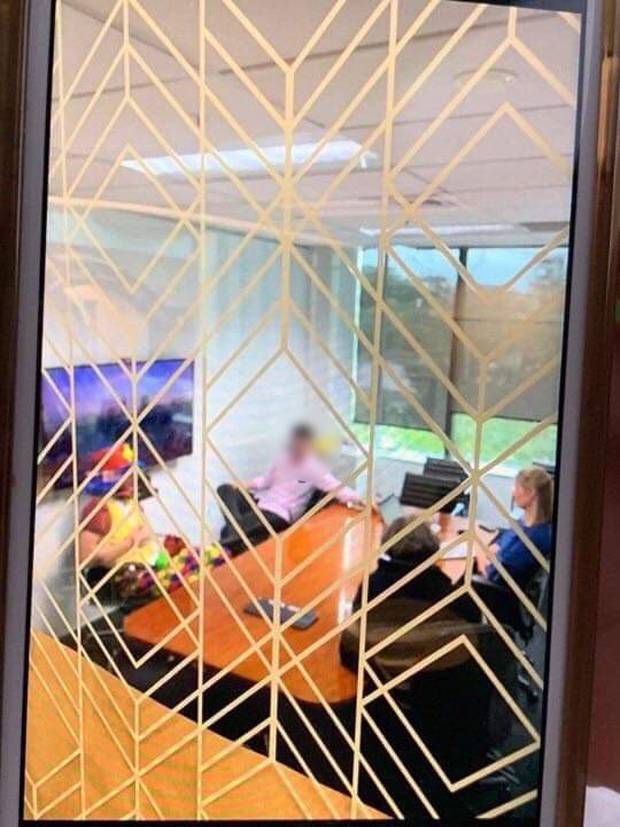 The image sent into the Herald shows the meeting taking place. The face of the staffer has been blurred to protect his identity. Photo / Supplied

A spokesperson for FCB told the Herald the agency has a policy of not commenting on individual employment matters out of respect for those involved.

In an email title "Coulrophobia" (the fear of clowns), the spokesperson did, however, say it was up there among the weirdest stories she had ever been contacted about.

The latest restructure at FCB follows on from job cuts at the agency after the loss of the Vodafone ad account.

It's understood the staffer has, however, landed on his feet since his odd meeting at FCB, getting a new job at DDB along with his creative partner (not the clown). They are set to start their roles next week, upon returning from their birth country Australia.

DDB did not comment on the new hires but confirmed it was aware of some balloon-related activity and that clowns truly terrify them.