WARNING: This story contains images that may disturb some readers

A teenage apprentice mechanic and musician who lost parts of three fingers when the engine of a truck he was fixing was turned on says he wants to give others the confidence to speak up about workplace safety.

Thirteen people have died this year as a result of injuries received from work and - but for luck - Gabe Rea-Bucknall says he could've been among them.

"A lot of people feel in a workplace, where they're not as high up as other people, that they can't speak up. That's why I wanted to share my story."

The 19-year-old and his foreman at an Auckland vehicle repairs business were working on a six-wheeler flatbed truck on March 15 when, Rea-Bucknall says, the foreman, without warning, turned on the engine.

In a split second the top third of Rea-Bucknall's ring finger and the tips of his middle and pinky fingers on his right hand were gone.

Gabe Rea-Bucknall's injured right hand on the day he lost part of three fingers while working as an apprentice mechanic. (Photo / Supplied)

"I'd had my hands on the AC drive belt … [when] the engine turned over, it sucked my hand into a pulley. Then my hand just got shot out of the truck ... otherwise I could've lost my arm, or been sucked in completely and killed.

"I started walking it off, thinking I'd just knocked it on something. And I looked down and three of my fingers were gone at the end, so yeah blood pouring out, people panicking around me. There were customers in the shop. It was pretty hectic."

WorkSafe is investigating, and the business owner told the Herald on Sunday he couldn't comment while that was taking place.

With only a panadol for pain relief, Rea-Bucknall faced a gruelling wait for help to arrive.

"Being the ends of your fingers ... it's one of the most sensitive parts of your body. So having those being crushed and amputated, that's quite a lot of pain.

"It was definitely the worst pain I've ever felt." Rea-Bucknall's mind also went to his band Head Lock Grave, a heavy metal favourite at gigs around Auckland and whose playlist features on Spotify.

"I had a little cry, because I thought I wouldn't be able to play guitar again."

A colleague found finger parts on the ground, but they were too crushed to be reattached.

Instead, hand surgeons at Middlemore Hospital spent five hours cleaning oil from his wounds, repairing his ring finger at the first knuckle and, using flesh taken from the inside of his fingers, creating new padding around the now-wonky nail beds of his other damaged fingers. 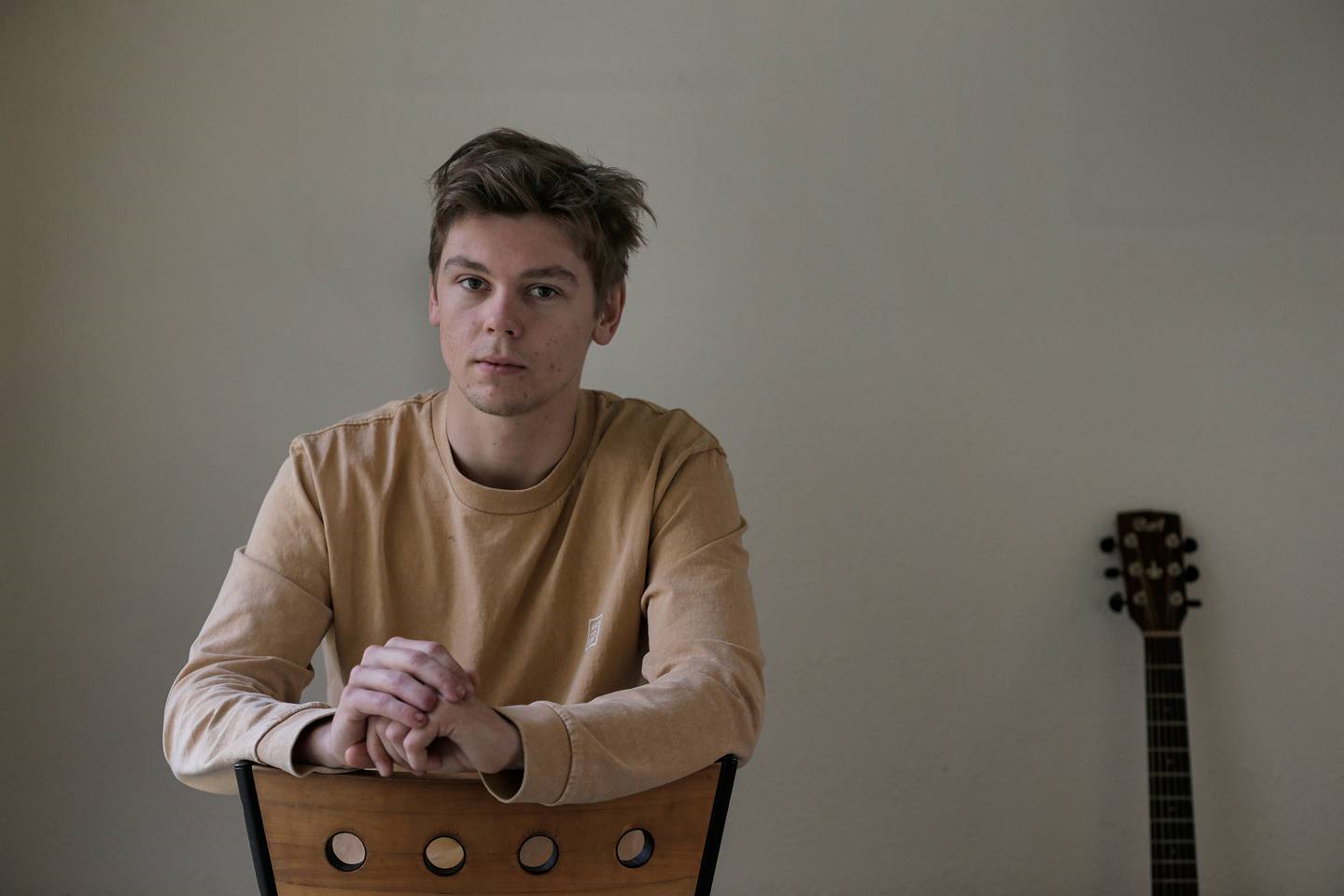 Apprentice mechanic and musician Gabe Rea-Bucknall is still off work - but back with the band - after losing part of three fingers in March. (Photo / Alex Burton)

Rea-Bucknall says he still gets flashbacks to March 15, but is determined to look at his damaged fingers after surgery, and beyond.

His bandages came off after six weeks and the teen - who remains off work - is adapting to his damaged hand, with even simple tasks such as making coffee, having a shower or doing laundry having changed.

But he's determined to return to the trade.

"Being right-hand dominant and having three-fifths of that sensitivity taken out of you, you feel really unco-ordinated, which is something you need being a mechanic because there's lots of dangers, heavy things and precise, functioning motor skills to carry out a job correctly and safely.

"I can pick stuff up, but whether I'll be as fast - probably not. Or as strong, probably not. But I've still got all the theory stuff in my head … and I want to finish that apprenticeship."

His fears over the guitar proved unfounded. While he can't play flamenco, he can still hold a pick - a huge relief.

"It relieves my stress. Music's just something that's always been there for me. It's helped me get out of bad places and into better places."

Last week he returned to the stage for Head Lock Grave - albeit as a singer, not a guitarist.

The latter will come.

"The tips [of my fingers] are still fresh meat, but over time it gets hard.

"I'm staying positive. It could be worse - I've could've had my whole arm off, or my whole body sucked in." 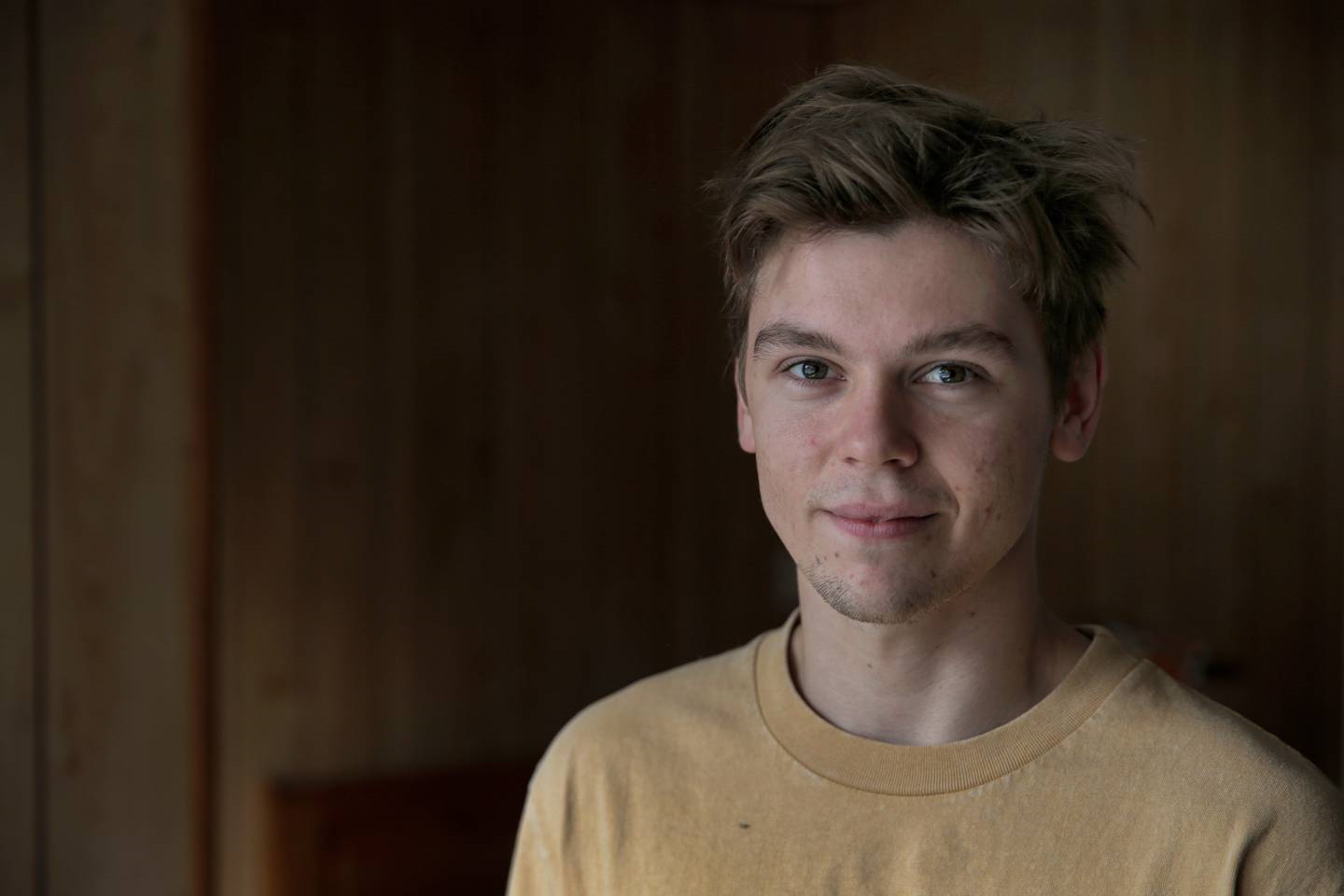 Gabe Rea-Bucknall wants others to know it's ok to speak up about workplace health and safety issues. (Photo / Alex Burton)

He hadn't formally raised concerns about health and safety at work previously, but thought attitudes toward it at the business were "very loose". Rea-Bucknall understands the foreman has received a written warning following his injury.

"We didn't really have health and safety meetings. When I started there wasn't really an introduction to everything and codes of practice, it was just 'get into it and start working'."

Sharing concerns about health and safety wasn't easy, but doing so could save someone's life, he said.

"A lot of people feel they can't speak up about problems they have in the
workplace - bullying, harassment, health and safety.

"But I wanted to share my story, so people might see it and think, 'Hey, this actually happened to some guy, and I think we should speak up about what's happening at my workplace'."